13 Jan Octopus: the secret is in the texture

Octopus is one of the traditional ingredients of the cuisine of Ibiza and was once offered in all bars in tapas, accompanied by potatoes and vegetables under the name of “octopus frita”. In Es Torrent, prepared in “a la gallega”, with boiled potatoes, sweet paprika and extra virgin olive oil, it is one of the most successful starters to share. A dish that we always make with fresh copies of Ibiza, since the island abounds and stands out for its quality.

In the Pitiusan islands this cephalopod inhabits all kinds of bottoms, both rocky and sandy, and even often hides among the posidonia. It feeds on small crustaceans such as crabs, as well as bivalves and fish. It has eight very powerful arms, with two rows of sticky suckers, which are located around the mouth and joined together by a membrane. In the head very developed eyes are found, the brain and three hearts. 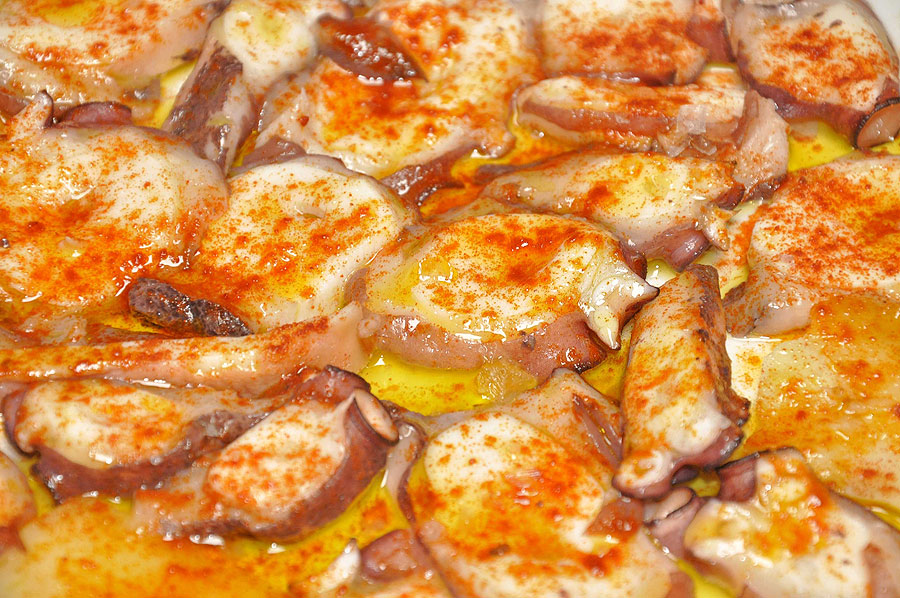 It is an animal of nocturnal customs, able to blend in with the surroundings. It has an ink tank that it uses to escape its predators and it has very developed senses, except the ear, since they are completely deaf. But if something defines the octopus is its intelligence and ability to learn. They are able to open boats and remember objects and colors for years, and they have such a muscular and flexible body that allows them to hide in spaces ten times smaller than their size.

In the winter season it is when the octopus comes closer to the coast to reproduce, remaining on the coast until spring. A female can lay up to 180,000 eggs in just two weeks.

The octopus, however, is one of the most difficult products to cook, since it is an animal very fibrous making difficult to find its cooking point. In Es Torrent we like the middle ground; That is not hard but not soft. It is, in short, another very representative snack of our kitchen.