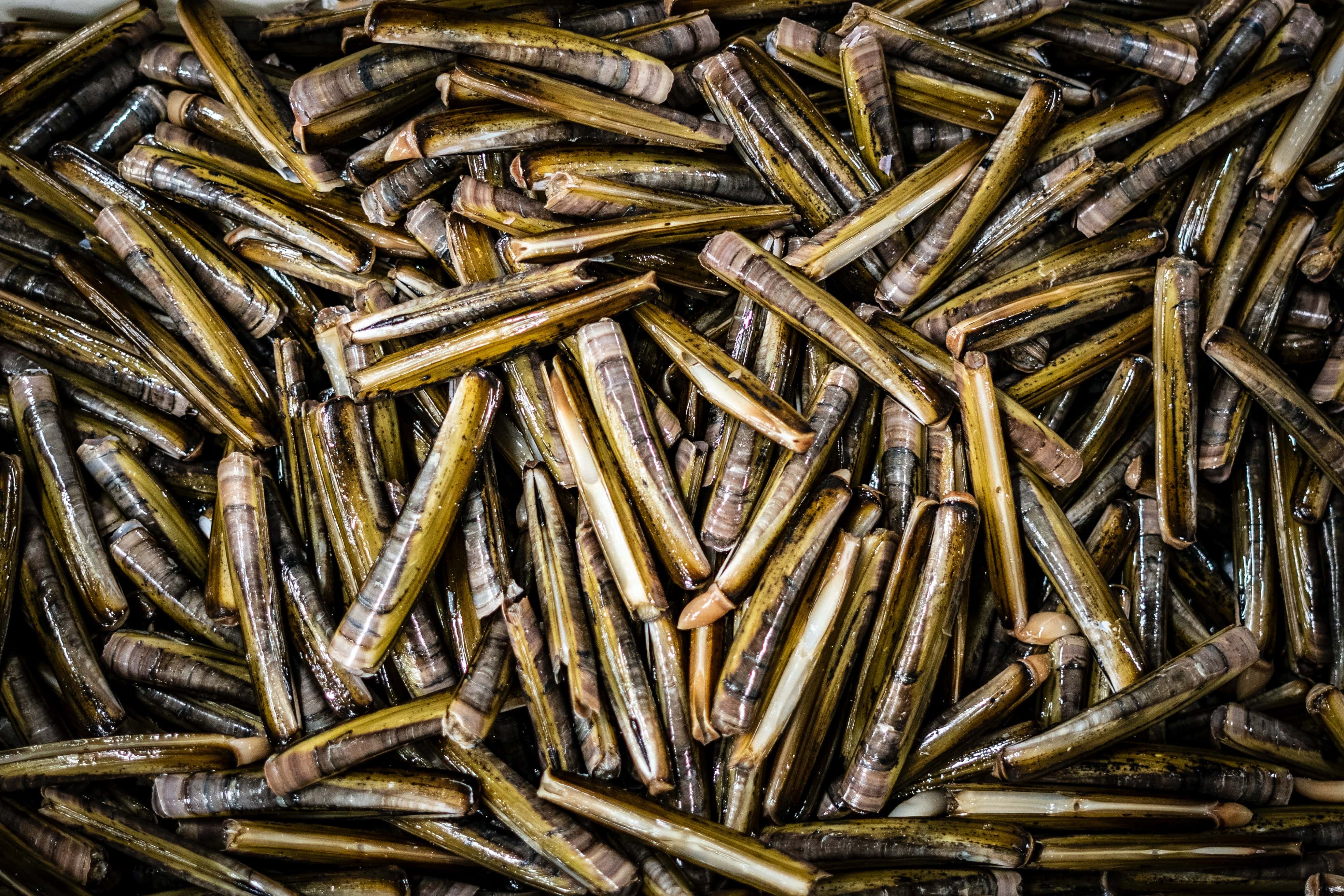 15 Nov “Navajas” (razor-shells), one of the tastiest seafood snacks

Posted at 13:50h in Gastronomía by Xescu 0 Comments
0 Likes
Share

Who has never eaten “navajas” (razor-shells)? At Es Torrent we love Galician dishes and they are prepared in different ways, although preferably grilled, with a light garlic and parsley dressing. This shellfish, also called Ensis, is a type of bivalve mollusk in the Pharidae family. It receives its popular name, razor, because of the enormous resemblance that its shell has to the handle of a knife.

Although they can occasionally be found in the Mediterranean, they are much more abundant in the Atlantic, preferring to live on the clean sands of exposed beaches. They feed on plankton, which they filter and incorporate into their body through the gills. They are capable of digging very fast and usually inhabit tunnels that are up to 50 centimeters deep. The razor ascends and descends through this channel to capture the nutrients dissolved in the water which it feeds from. To burrow and move, it dilates its foot by pumping blood into it.

The shellfishmen have several systems to collect them. One surefire method is to look for holes in the sand on the shore, which they peek through when the tide rises, and pour a little salt over them. This causes the razor to come out almost immediately, in a few seconds, being able to catch it easily. They are also caught with fishing gear called fisga, which consists of a string of wire with a ball at the end. The razor grabs the ball inside the tunnel, being able to be extract it later. 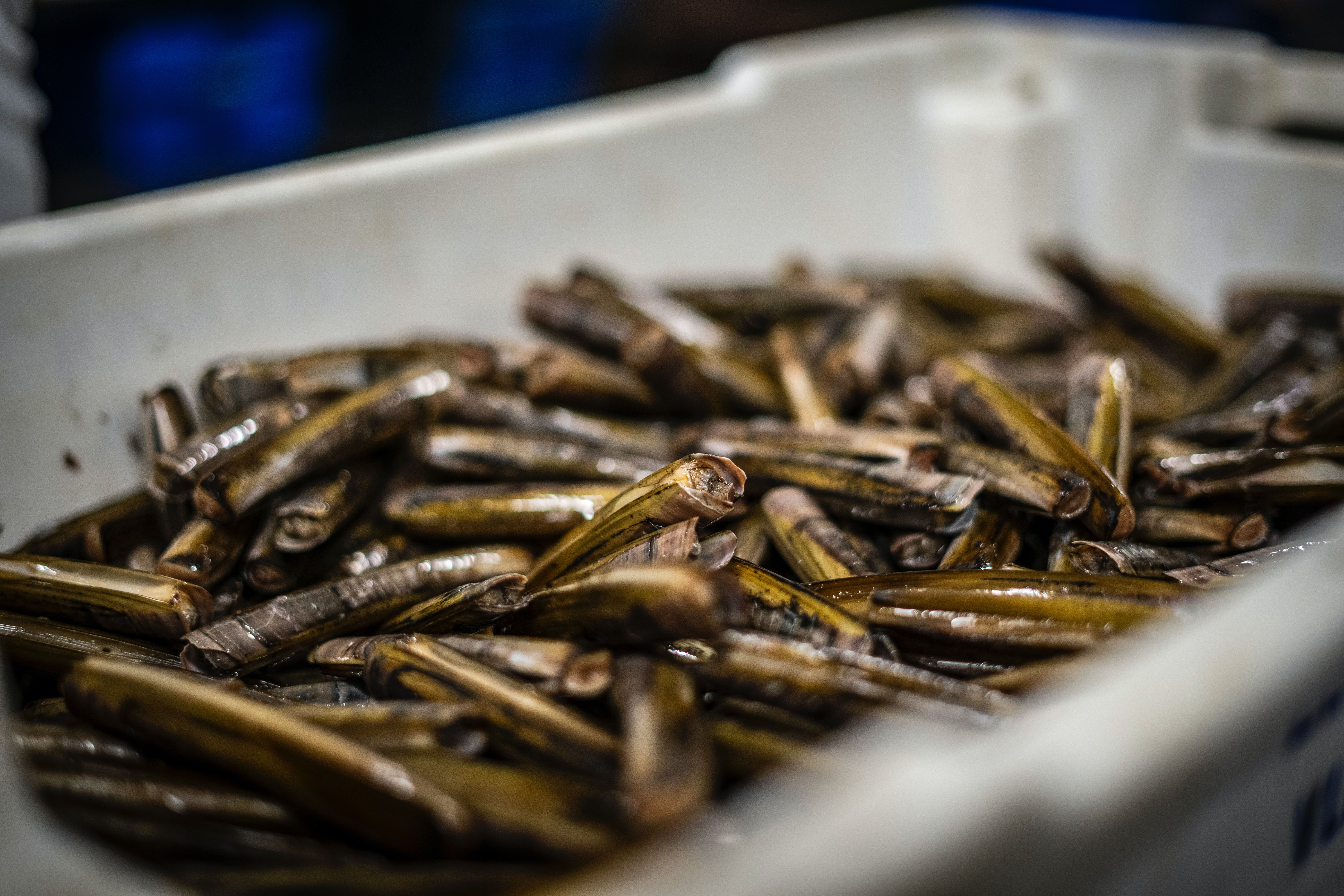 It is striking for the pearly shine of its shell, which, however, is very fragile. They are often confused with the so-called longueirón, much more abundant. They are easy to distinguish because the shell of the razor is slightly arched and that of the longueirón is completely straight. The Galician razor is the most reputed for its flavor and also because its extraction is done in an artisan way, one by one. In other latitudes, such as Ireland or Chile, where there is a whole canning industry around them, as also happens on the Galician coast, they are extracted from the sand by dredges, so many arrive on the market broken. The dredge is a metal structure with a rake-like bar and a net.

Once collected, they are purified until they are clean of sand and other bacteria or toxins that they may contain due to their food or contamination of the environment. This is what makes it so important to keep razors alive, because dead they are not purified and they keep a good part of the sand.