Posted at 13:52h in Gastronomía by Xescu 0 Comments
0 Likes
Share

One of the wonders that Ibiza offers is its seabed, full of landscapes invaded by light, which combine posidonia meadows, wrecks, sandy bottoms and rocks dotted with caves and holes, where all kinds of species live. Stones and rocks are frequently inhabited by an apparently inert animal that you always have to pay attention to so as not to step on it and suffer the consequences of the spikes that surround it. It is the sea urchin, which also constitutes a unique sea bite, although in Ibiza there is no custom of eating it.

Sea urchins can live for more than a hundred years and have an ambulatory apparatus made up of a series of tubes filled with water that run through their body and end in thinner ones or feet, which work like a suction cup and, together with the spikes themselves, allow them to move slowly over the seabed. Their mouths are at the bottom and they feed on algae, plankton and snails, among others. Although it might seem otherwise because of their spines, they make a tasty snack for many species, such as crabs and even birds.

In Ibizan the sea urchin is known as vogamarí and in other places and indigenous languages they are called erizo de mar, oricios, ourizos, garoinas or garotas, among other names. In Ibiza they are mostly black or brown, the latter being edible. When they die, they are survived by a rounded, greenish or lilac carapace or skeleton, which all children have dug up in the sand and collected at some point. 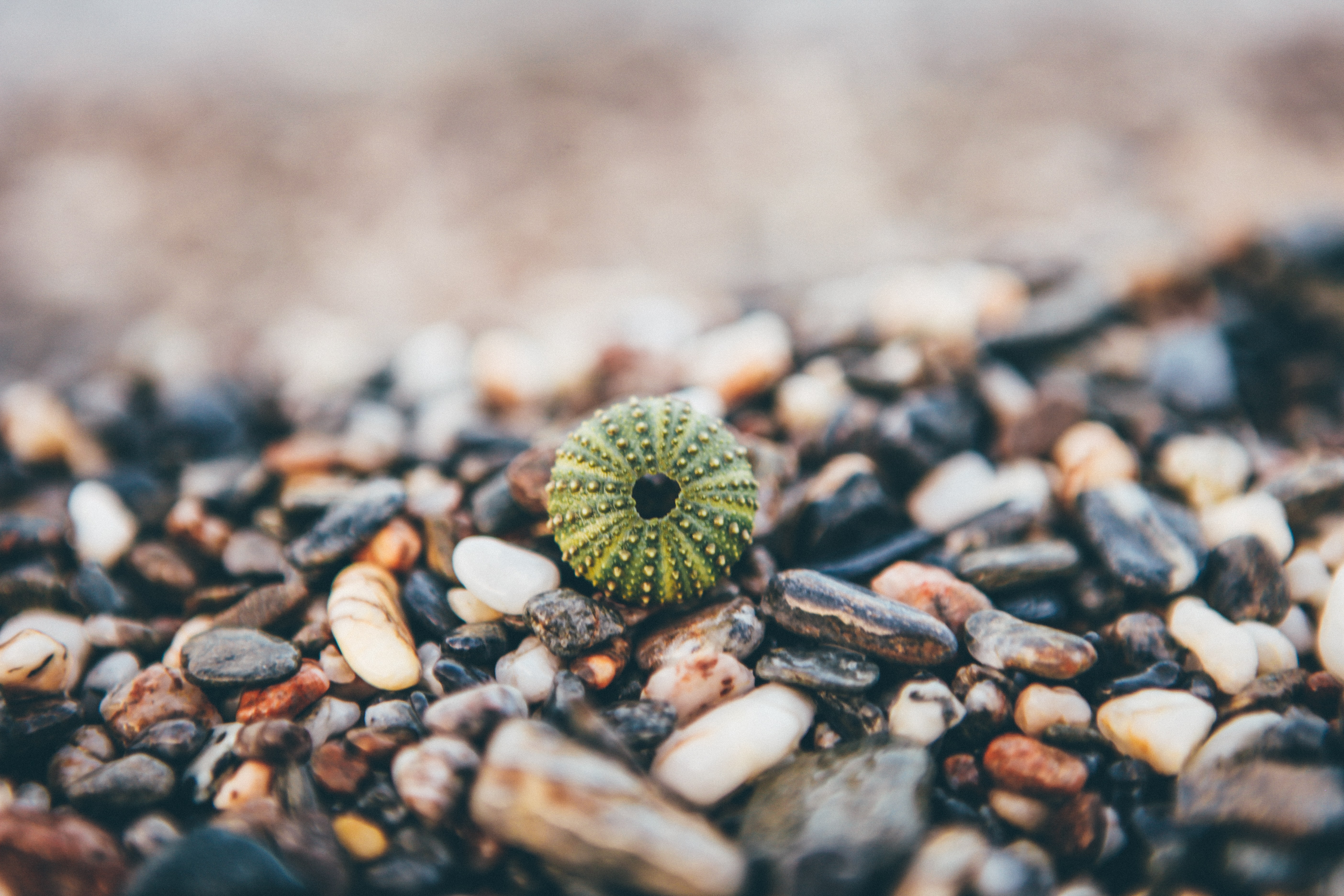 The tasty part, which can be eaten raw or lightly cooked, is the glandular masses inside the shell, which are called yolks and are elongated in shape and orange in color. They should be eaten when the animal is opened, the fresher the better, although they can also be found canned. In Japan, where they are called uni, they are used raw in sushis and sashimis and also they also crown noodle and soup dishes. In our country a classic is to prepare them with scrambled eggs accompanied by wild asparagus.

In Ibiza it often happens that children and adults walk without paying enough attention on the rocks and end up stepping on one of these animals. When that happens, the quills are embedded deep into the skin. The only way to remove them is using previously disinfected tweezers and a needle. If it cannot be removed easily, it is advisable to soften the area with warm water and salt or also with a little olive oil.