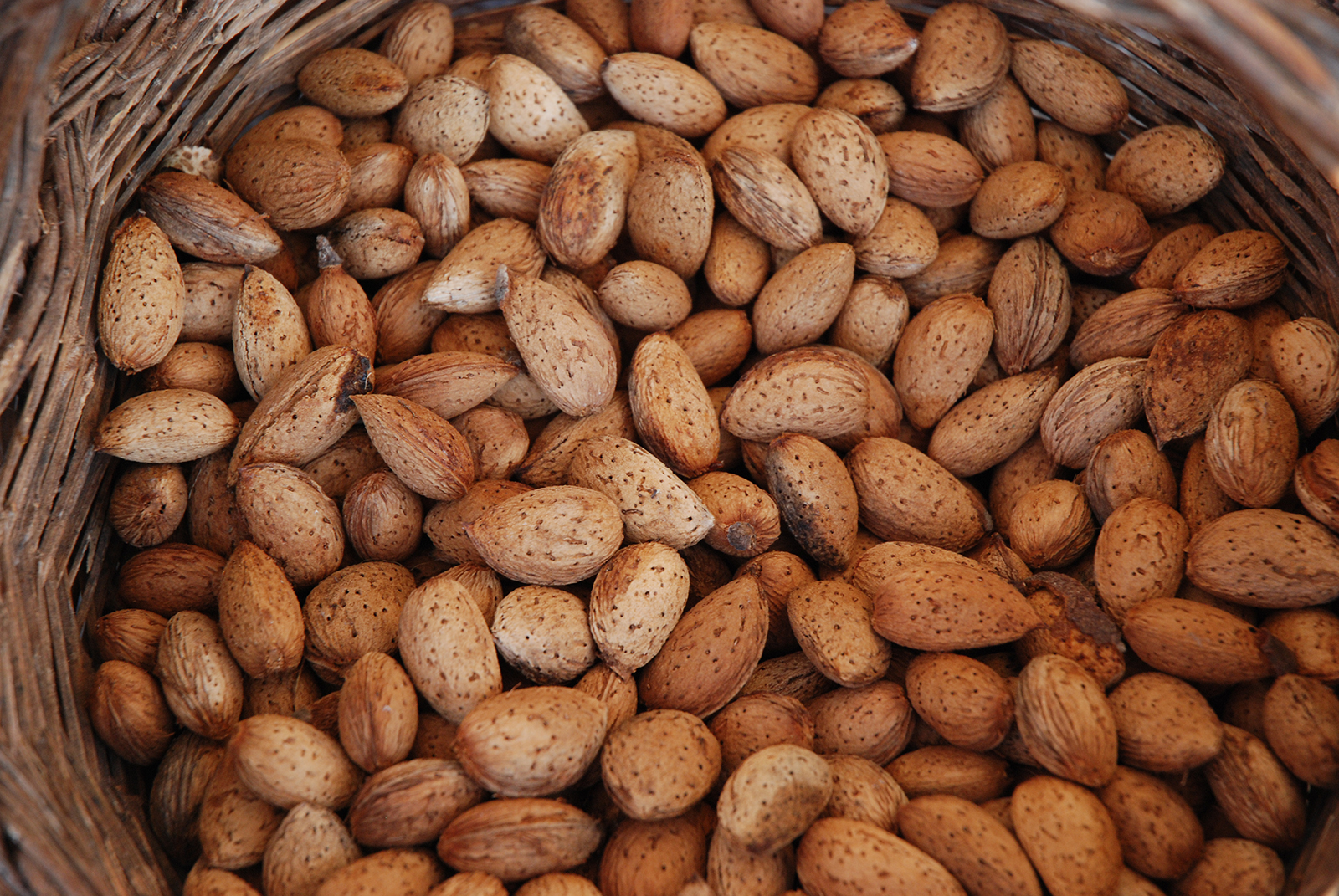 In the past, despite the intense heat, the month of August was one of the busiest times in the fields of Ibiza. It was time to harvest the almond, a dry fruit that on the island reaches an extraordinary quality, something that allowed many families to generate enough income to purchase the few products and clothes that they did not generate through their own means on the farm throughout the year, such as coffee, sugar, rice, wool, cloth, etc.

Nowadays, although the almond has lost a good part of its value or it fluctuates unevenly from one year to the next, some families continue to collect almonds on their farms. Some of these plantations offer some of the most attractive postcards of the Ibizan winter, as occurs for example in Pla de Corona during flowering. There is also a certain tendency among some young farmers to replant almond trees to recover a crop that was once the most important of all those that existed on the island.

It must be taken into account that the production of almonds, until the arrival of tourism in the sixties of the 20th century, was the second most important industry on the island, after salt from the salt flats. Therefore, it represented one of the most exported products, along with carob beans and dried figs and apricots, which were prepared by hand. 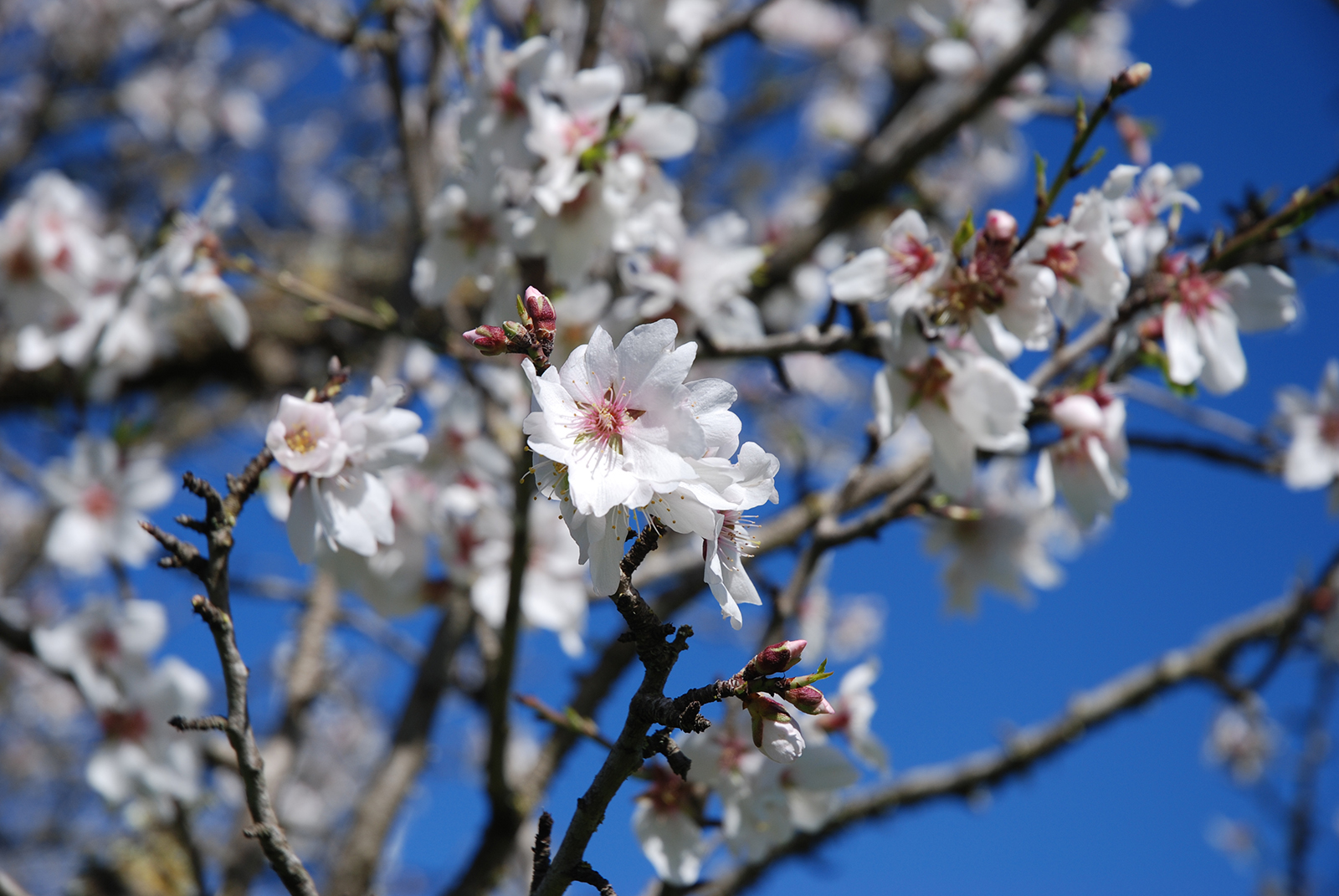 The Ibizan almond stands out for its quality and for the enormous number of varieties that are produced in the fields. Some of them only exist in certain areas. The “Espineta”, for example, can only be found in Pla de Corona, while the “Bec de corb” can only be collected in Es Cubells. They are divided into hard (a nutcracker is required to break its shell), semi-hard (its shell can be broken with the teeth but not with the fingers) and soft (they can be opened with the fingers). Some of the best known traditional varieties are “Bernadina”, “Gall”, “Desmayo” and “Marcona”, in hard; “Fita”, “Pau”, “Patrona” or “Fita Prim”, “Naranja”, “Fita Roig” and “Pueta”, in semi-hard, and “Mollar Blanca”, “Mollar Blanda” or “Mollar de Can Joan” , “Mollar de Pera Pujoleta”, “Mollar Punta”, “Mollar Redó”, “Mollar Roig”, “Bec de Corb” and “Mollarica” or “Paper shell”, in the soft category.

It is a fruit that has been highly valued since ancient times and in the Middle Ages it was considered a spice, incorporating it chopped into stews and sauces. In Ibiza it is still used for borrida de rajada (ray stew) and in many sweets, such as the popular Christmas sauce or Easter panallets. Today it is considered a superfood and in the country houses of yesteryear there was always a plate of dried figs and almonds to nibble at any time of day.

There is a trademark that offers them in supermarkets and they can also be purchased at Cooperativa Agrícola de Sant Antoni. 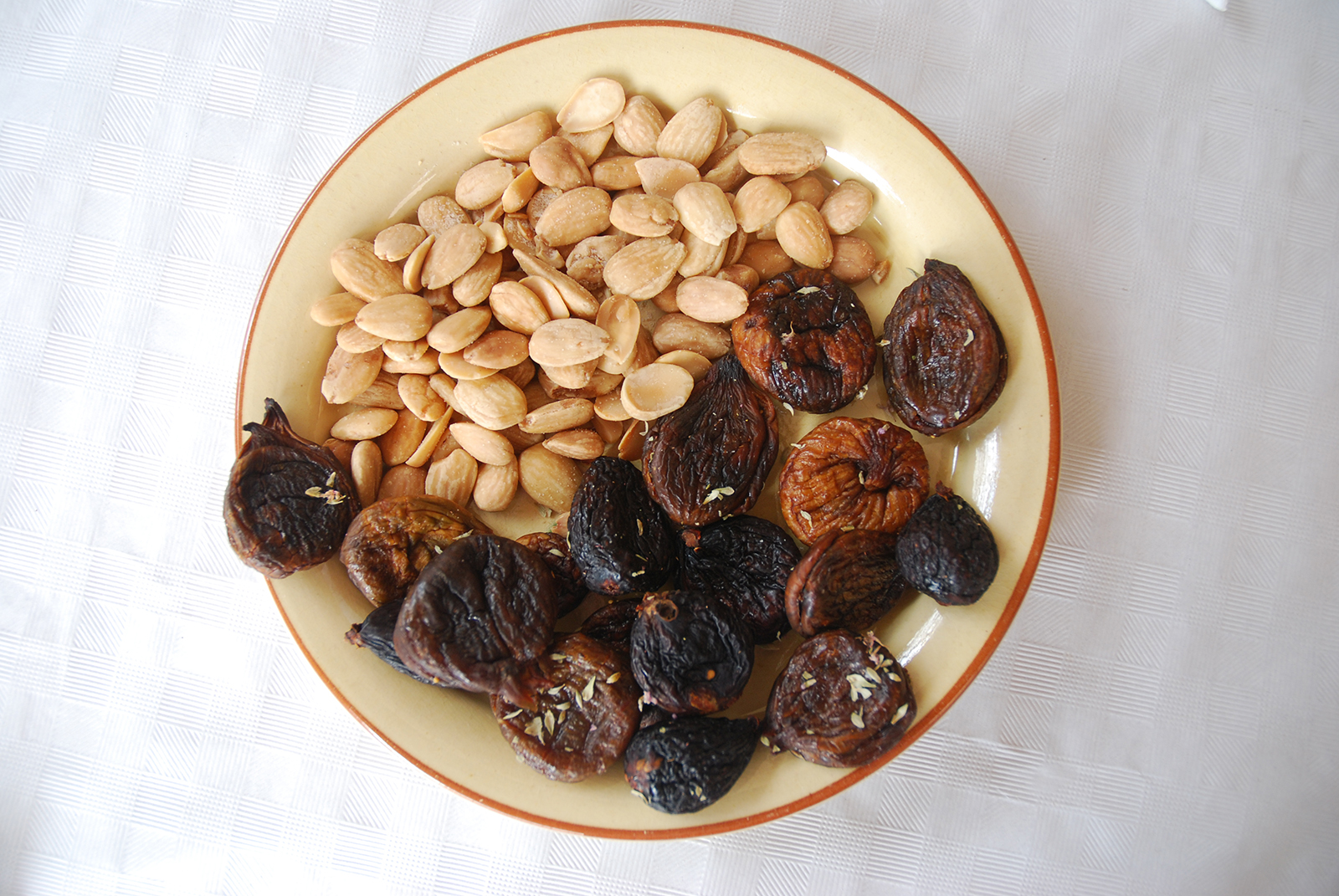