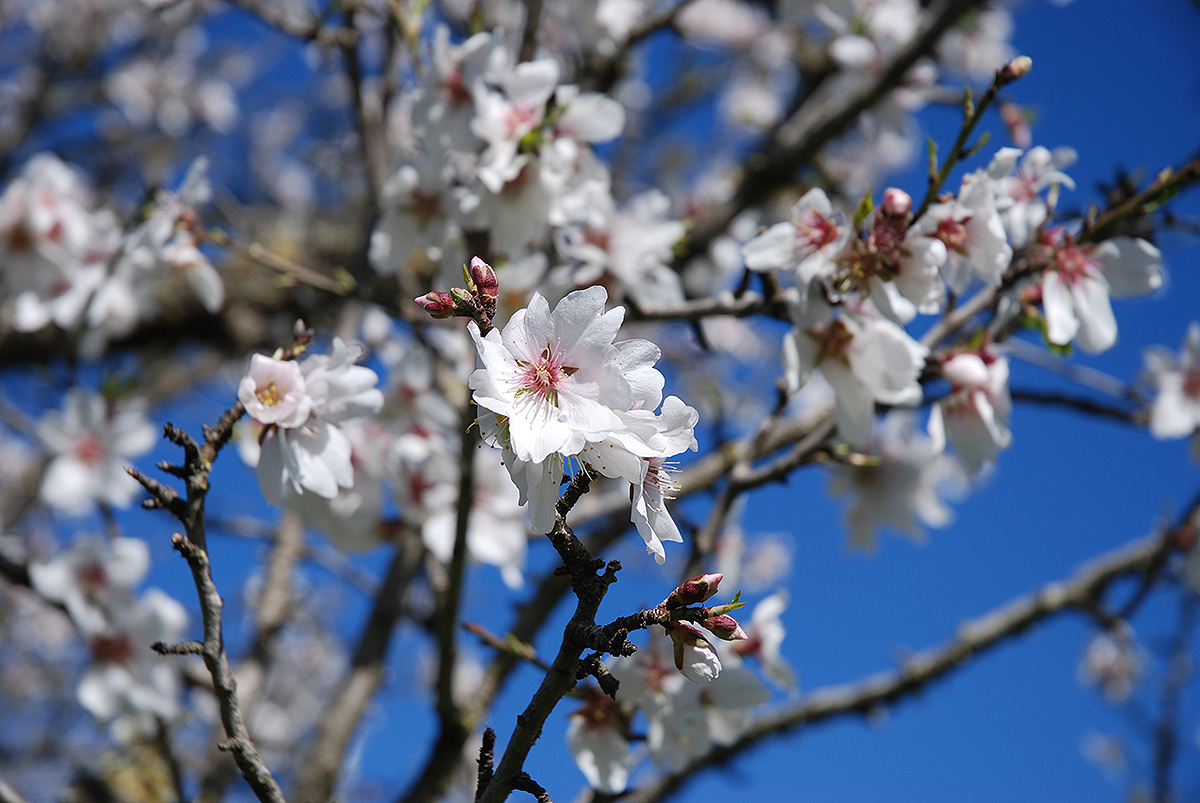 If there is a product from the interior of the island that identifies with Ibiza, it is the almond. Formerly, all farms had a large area of almond trees, whose fruit was collected under the August sun and exported to the peninsula. For many country families, their sale was the most important income at the end of the year. The importance of almond trees, therefore, has been vital from an economic and gastronomic point of view, but also from a landscape perspective. During February, for example, Ibiza is covered by the white mantle of the almond blossom and its contemplation moves thousands of people.

Before the arrival of tourism, Ibiza exported an extraordinary amount of almonds, standing out for its quality. There are more than 30 varieties, with names as varied as mollar, espineta or bec de corb, and currently between 12,000 and 65,000 kilos are produced annually, depending on the harvest. Remember that the almond tree is a tree affected by the overgrowth, which translates into years of abundant production that alternate with very low ones.

Almond bites are very common in innumerable stews and desserts. The borrida de rajada (ray stew), for example, is an emblematic dish in this sense, as well as the Nadal sauce, a liquid nougat that is only made in Ibiza, the panallets of all saints or Christmas nougat, which in Ibiza has a texture similar to marzipan.

Although almond trees can be seen in bloom throughout the island, the most spectacular place to enjoy this phenomenon is Pla de Corona. This high plateau, located next to the coast of Es Amunts, is full of almond trees. At the end of January they begin to cover themselves with flowers and constitute an immense attraction that attracts artists and walkers from all over the island. The climax usually takes place in mid-February, although each variety blooms a few days apart. 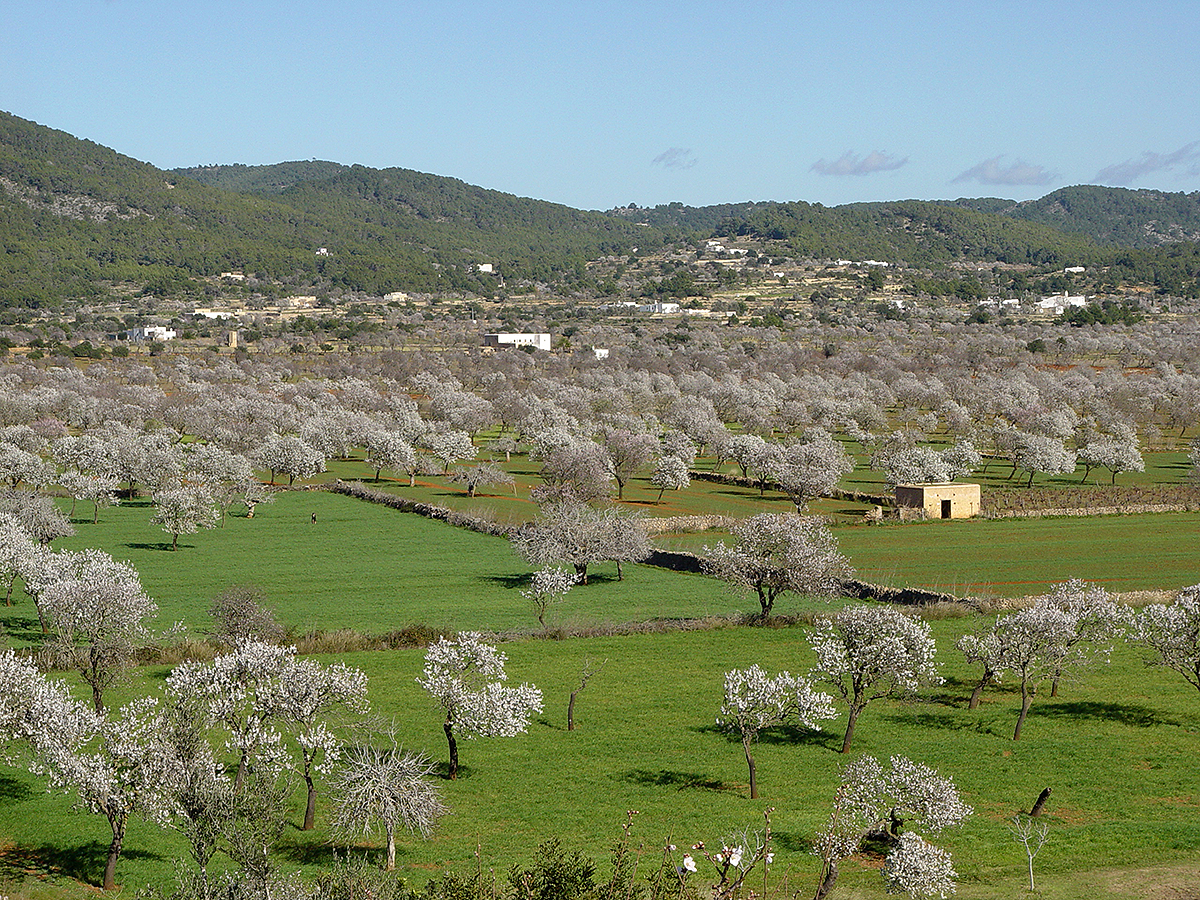 Santa Agnès de Corona, at the end of January, celebrates the almond festival next to the plain of the almond trees. This celebration includes a walk between the crops, a visit to the most recently planted trees, a sample and tasting of products made with almonds and the development of multiple gastronomic workshops. It culminates with a popular barbecue.

There is no doubt that Ibiza, without the almond trees, would be a completely different island.