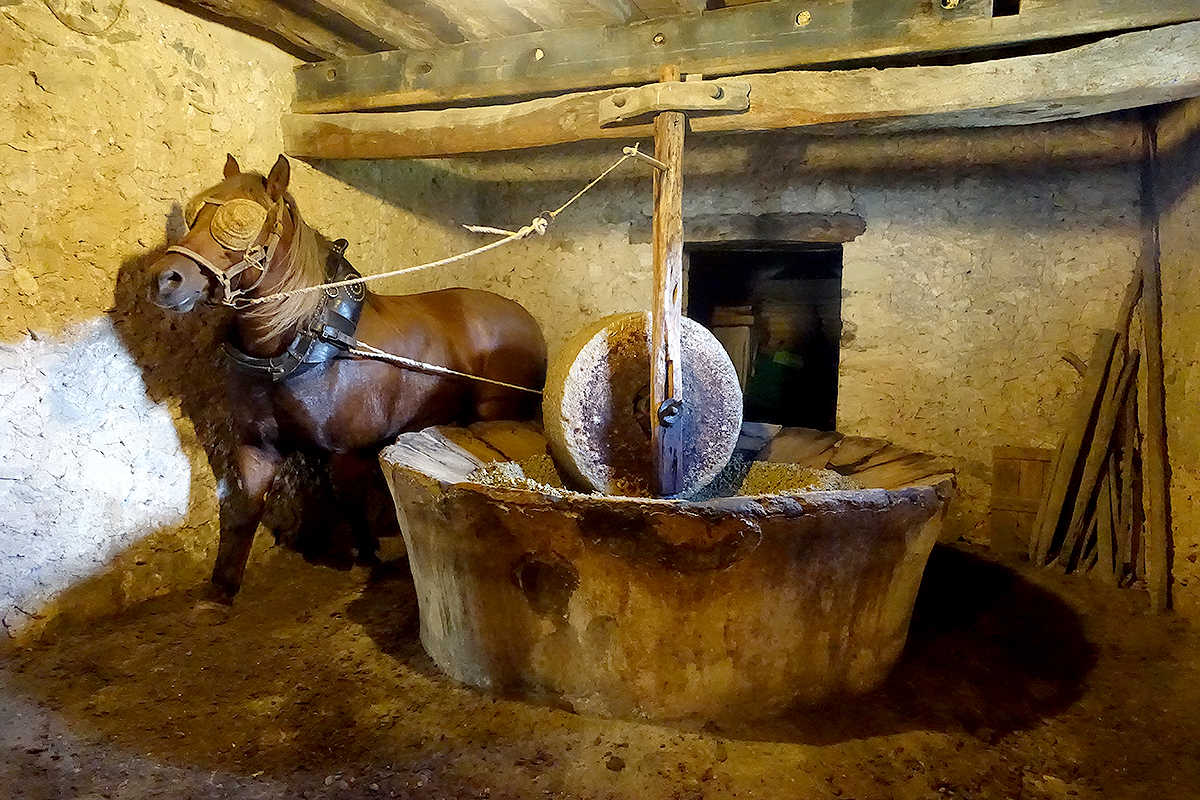 07 Nov The ancient and extraordinary mills of Ibiza

One of the greatest treasures of Ibiza is the old oil mills, which are still preserved in some country houses and, formerly, were launched at this time of year, from October to the end of November. They constitute an archaeological and gastronomic treasure and, with their same structure, cannot be seen anywhere else in Spain. At least two of them -Cas Costas, in Sant Josep (in the images), and Can Pep de Sa Plana, in Buscastell- are still making oil using the traditional method.

The oil mills -in Ibizan trulls- impress with their dimensions and occupy a very large rectangular room attached to the house. The first phase of oil production consists of introducing olives into a concave circular space. With the help of a horse or a mule that is spinning around that space rolling a conical stone, this dough is crushed for a while, until there is a regular paste to which hot water is also added to help separate the oil from the flesh and the bone of the fruit.

When the olives are already well crushed, they are placed inside wheel-shaped esparto containers -called cofins-, which are stacked under a huge wooden beam. With this weight and adding more boiling water, the oil can be extracted. This falls into a hole in the ground, linked with another through a communicating vessel. The oil stays at the top and is removed with the help of a half pumpkin. After measuring the amount extracted, it is kept in a cylinder or other container. The process is done twice with the same grinding, to extract until the last drop.

Research conducted by archaeologist Glenda Graziani has determined that in the third century B.C. there were already at least 23 farms in Ibiza that produced between 30,000 and 60,000 liters of oil, a fact of great importance to explain the oleic activity in Spain.