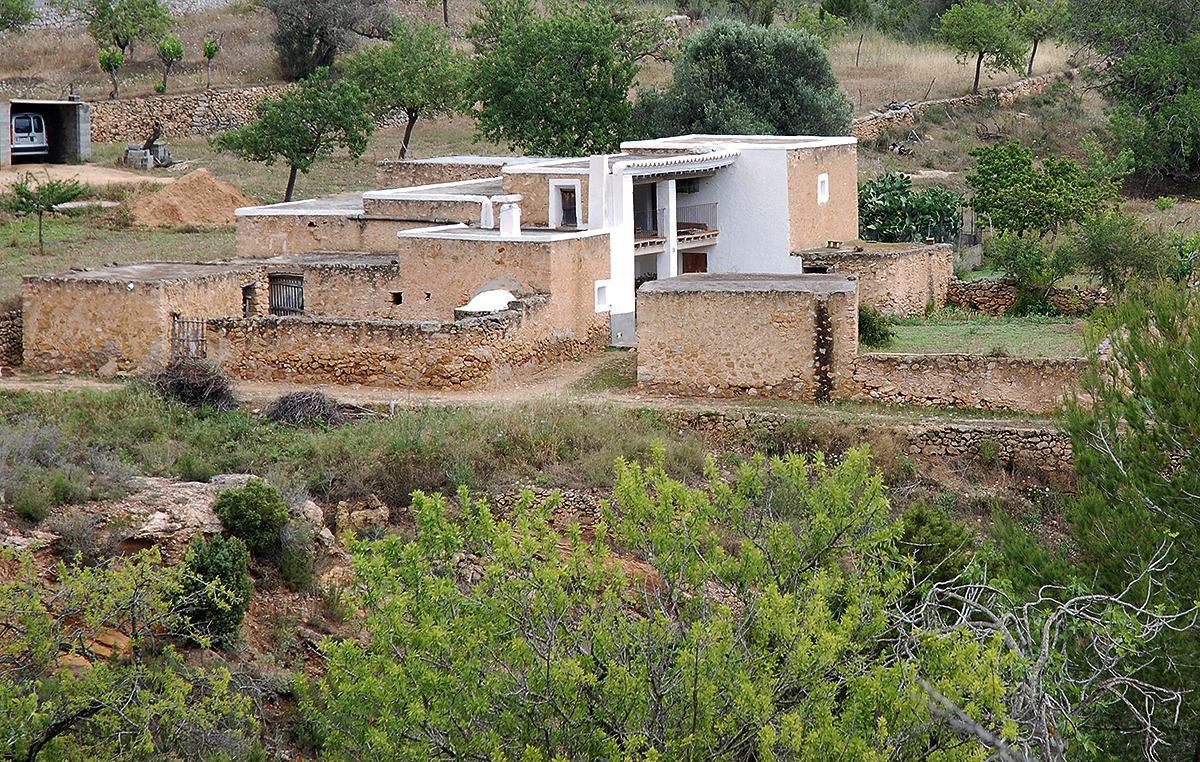 09 Jul The farmhouse, home and epicenter of our cuisine

Today the island of Ibiza is considered one of the most prosperous territories of the Mediterranean, thanks to the tourism phenomenon, which began on the island more than half a century ago. However, the reality of the Ibiza in times gone by has nothing to do with the living standards enjoyed by today’s Ibizan families.

Before Ibiza had a tourism industry, the rural landscapes were sown with forests, crops and farmhouses, which were built by the Ibizan people themselves using traditional methods and materials provided by the land. The houses were built on the slopes, adapted to the terrain, with rooms at different heights. They were also a living organism, which mutated as the family grew or new needs arose. Some were tiny and others huge, with mill, cellar, threshing floor, windmill, defense tower, corrals and many other rooms designed to produce and preserve food.

Although today they attract attention for their beautiful and rustic architecture, which highlights the innate aesthetic sense of the Ibizan builder, in reality the traditional Ibizan farmhouse represents the greatest self-sufficiency tool available to a population with scarce resources or assets, except for territory.

The farmhouse, therefore, was the gastronimic center around which everything revolved. The house occupied the main space of the farm and not only provided shelter. The roofs were designed to collect rainwater and store it in cisterns, and every foot of the field was used to grow fruit trees, cereals if water was scarce or vegetables if it was abundant by the presence of a spring. The economy of the families was mainly based on the cultivation of almonds and carob beans, which were sold abroad, providing practically the only income that families received and that allowed them to complete a self-sufficient diet with other products that they could not grow, such as coffee, rice or sugar.

The houses generated fruits, vegetables, pulses and cereals, as well as nuts. A part of the forest was always conserved, to produce charcoal using the wood from the pruning of the pines, and in addition they collected asparagus, mushrooms, honey …. Once or twice a year they slaughtered a pig and other animals were raised for consumption, such as chickens, sheep, goats, turkeys, turtledoves…

All these products, along with those brought by the fishermen along the roads, generated the wide and varied gastronomy that we enjoy today. The flavors of Ibiza are, therefore, fruit of the farmhouse and the culinary tradition that was emerging around the home, throughout different generations. 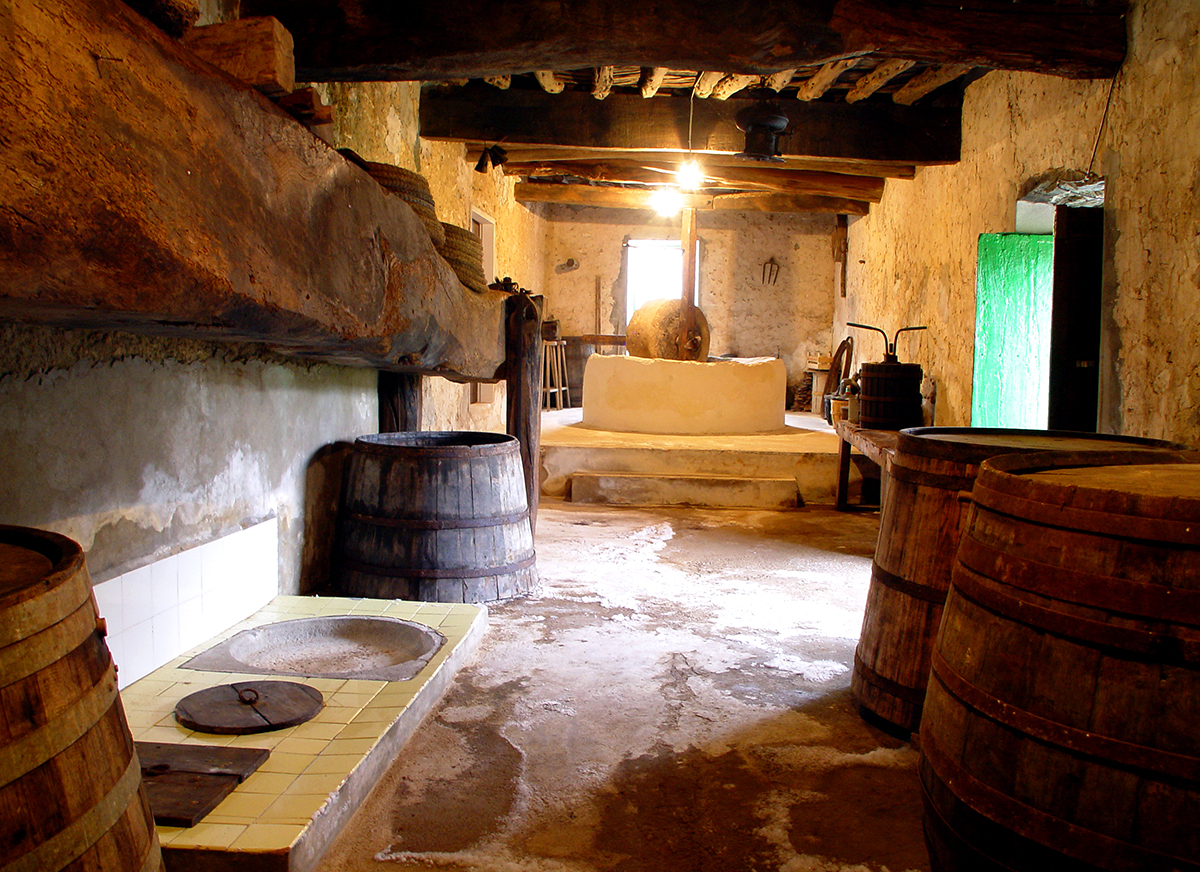