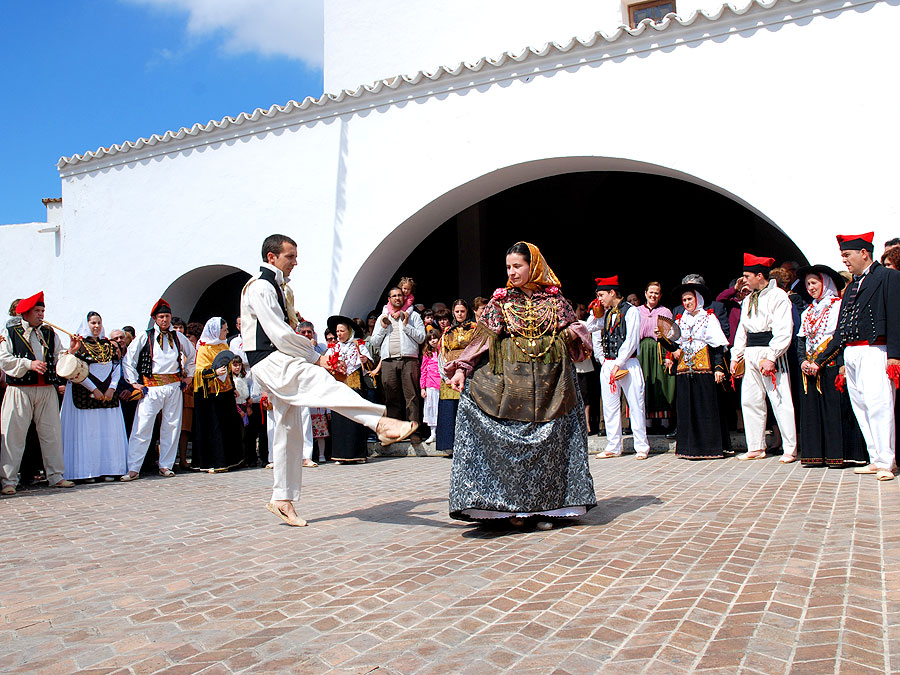 11 Mar Folk dancing, ‘orelletes’ and ‘bunyols’: ingredients for a fiesta

Throughout the year, every village in Ibiza celebrates its patron saint festival in the time-honored fashion. These events bring together two main ingredients in order to invoke the alchemy of Pitiusan culture, namely, folklore and gastronomy.

“Ball pagès” is the name given to the traditional folk dance of Ibiza and Formentera. Ancient and rural in character, it is, in fact, an ancestral type of courtship dance in which the man, who interacts with one, two, three and even four women – depending on the ritual – adopts a proud stance, staring brazenly at his partner as he displays his virility with great kicks and jumps, all the while clacking his outsized and aromatic castanets, handcrafted from juniper wood. The sound of these castanets is deep and resonant.

The woman, on the other hand, adopts a submissive attitude, her gaze lowered, with one hand on her waist and the other holding her long skirt so as not to step on it. Meanwhile, her feet trace short little steps, almost without leaving the ground, as she marks out an imaginary eight. 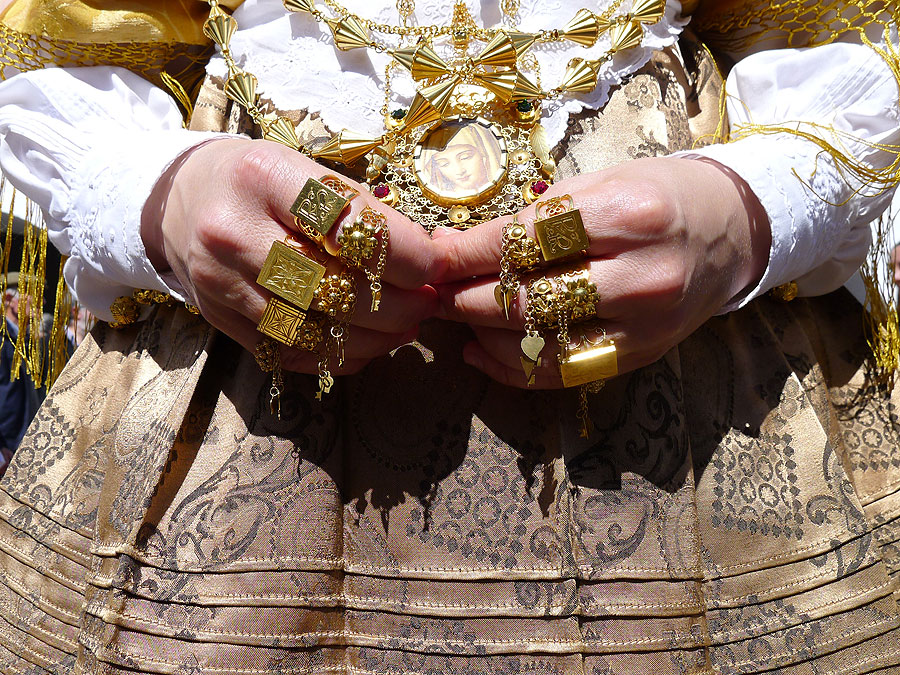 In addition to the castanets, there are two other instruments: a drum and a three-holed flute, both of which are played simultaneously, the musician skillfully extracting from the flute the entire scale of notes just by varying the intensity of his airflow. Ball pagès has two variations, two distinct rhythms called “the short” and “the long”.

The short dance is customarily performed by older couples owing to the fact that its pace is slow and its duration short. The long dance is much more active, with the male dancer leaping about and even, on occasion, swinging his foot over the woman’s head. When the man dances with three women, it is known as “la hilera” or the line dance. Another dance, one of the most spectacular to see, is called “the nine turns”, typical at nuptial celebrations, in which the man and the woman trace out a series of symmetric circles, separating and coming together, each moving with slow, deliberate steps. These and other variants of island folk dancing are invariably performed on the feast days held by every village.

In addition to the choreographies (of unknown date and origin) and the music, the traditional dress worn by the dancers is an element of exceptional interest, especially the female chest ornament, known as an “emprendada” and passed down from mother to daughter.

After the dance, always held in the village square, the parishioners hand out among those assembled a glass of sweet wine and typical cakes: “orelletes” and “bunyols”. The first are soft pastries with an aromatic flavor; while, the second are sugar-coated fritters, usually made with flour, though some family recipes call for pumpkin or potato in the dough.

Dancing, music and sweets: there are no better ingredients for cooking up an authentic Ibicenco fiesta. 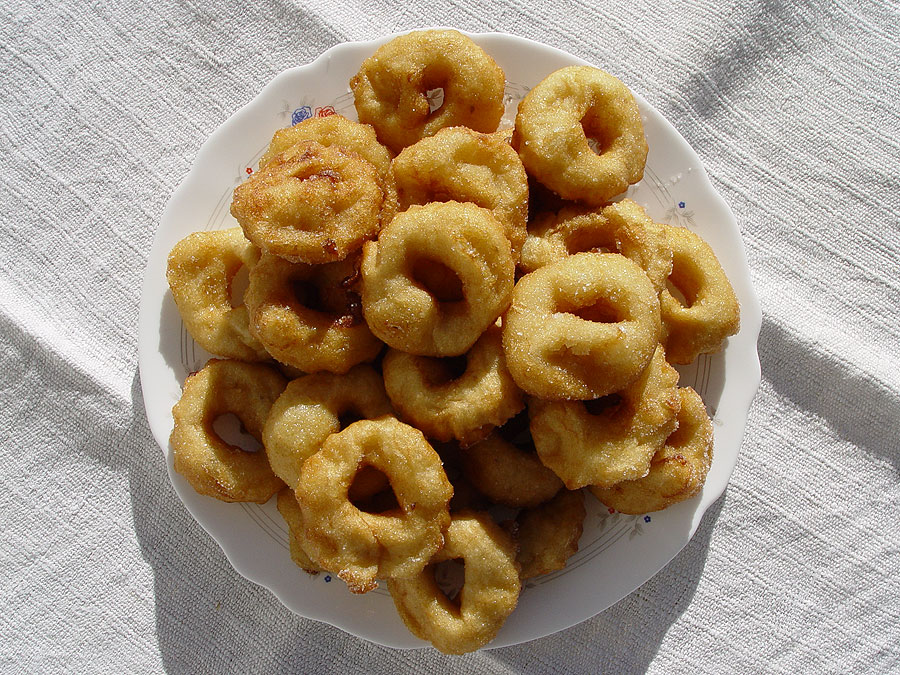