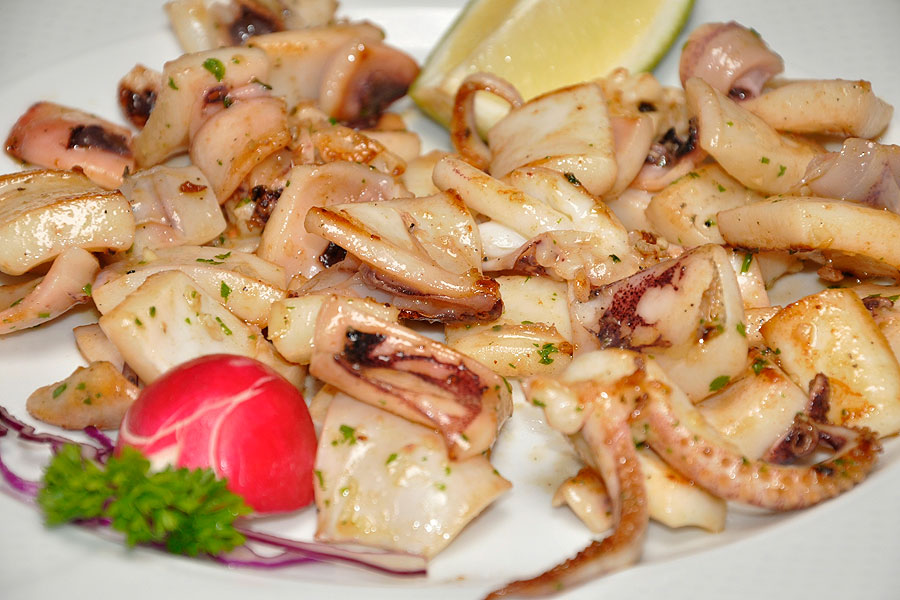 05 Jul Squid, one of the freshest flavours of the Mediterranean

There are few products that, with the passage of the hours, change as much as squid once it is out of the sea. Freshly caught, there is no better bite. It could be said that Ibicencos are addicted to squid, both to catch it and to eat it, and with it they prepare intense dishes, which, in all cases, respect its taste and freshness. The squid is the best example to reflect the extraordinary quality provided by the Pitiusan guilds, under the guarantee quality mark ‘Peix Nostrum’.

Squid is a cephalopod mollusc, whose name comes from the calcareous bone that has in its interior, called quill or cane (calamus, in Latin). It has eight arms and two tentacles, with which it catches fish and invertebrates to feed, since it is a carnivorous species. In literature it is often to allude to giant squids, mythological and dangerous animals. The reality is that they exist and in the Pitiüsas have appeared several. A few weeks ago, for example, one was found in Formentera, of 1.3 meters of length and 10 kilos in weight. These are, however, varieties that live at great depths and are not edible due to the large amounts of ammonia they contain. The edible squid of the Pitiüsas usually measures between 20 and 30 centimeters and its flavor, as we said, is spectacular and unique. 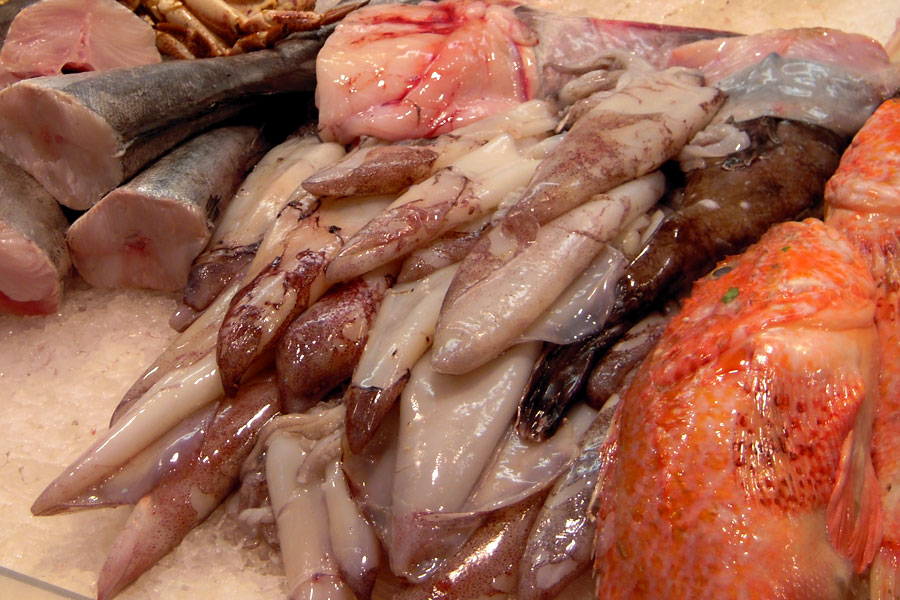 Here, on the island, squid is caught in various ways, but the ones with the highest quality are those of “potera”, which are caught by hook, aboard small boats drifting at dawn and, especially, at dusk. This hook consists of a small rod with lead and a circle at the base from which multiple hooks come upwards. With the “potera”, the squid comes out of the sea alive, with its skin intact and that intense color between pink and purple, which shines its freshness and quality. In addition, it comes out clean of sand; immaculate. Fishermen eat them freshly grilled, without even rinse them with water, because that way they maintain all their freshness and extraordinary flavour.

Another way of catching squid is with trawlers, but in this case they usually come out dirty of sand and the skin eroded by the nets and movement. That is why, on the market, the “potera” squid is sold at a price that doubles those caught by trawling, and that it sometimes almost reaches the price of the best fresh fish on the Pitiusan coast. 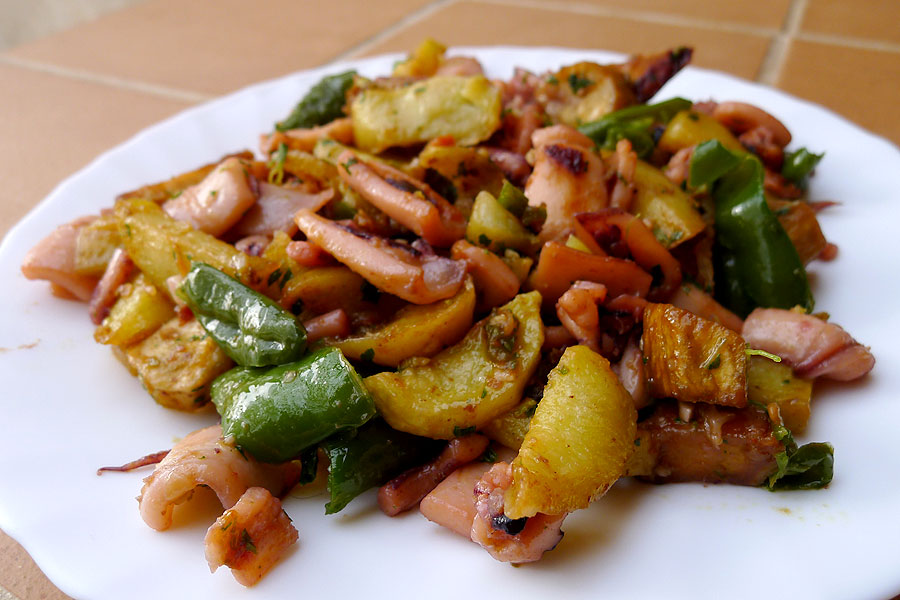 In the traditional recipes of Ibiza squid is very present. The most common dish, once a bar tapa in almost all the taverns of the island, is ‘frita de calamar’ (literally, fried squid), which is made with potatoes and a tomato, garlic and pepper sauteed sauce, although there are multiple derivations of the same recipe. Some families, for example, make a surf and turf version of this dish, incorporating pork loin and even mushrooms. It is more a winter dish, like this another popular stew; Squid stuffed with sobrasada, which is cooked over a low flame with a generous touch of cognac.

During the summer, however, the usual thing is to eat the squid in less hearty recipes, especially grilled. At Es Torrent, when we get those delicious fresh squid straight from the sea, we like to cook them without excessive seasoning. We slice them and saute them briefly, flavouring them with a pinch of chopped garlic and parsley. Some customers like to have them on a tray, accompanied by ‘Padrón’ peppers. Although it may not seem like it, squid is one of the most delicate products out there. It has to be grilled very briefly so they come out tender, because with a few seconds more its meat hardens and can only be soften by cooking it in stew for a long period of time. Bon Appetite!