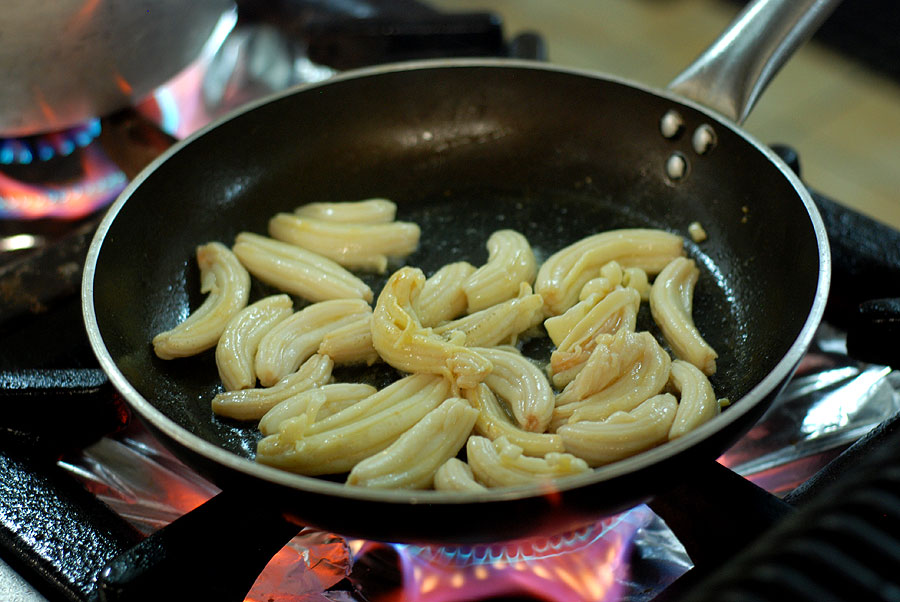 01 Feb The ‘espardenya’, a treasure of Ibiza

One of the delicacies of Ibiza that is virtually unknown outside the island is the ‘espardenya’, a delicious seafood with an unusual texture, which also constitutes one of the great successes of the menu of Es Torrent. Although in Catalonia and the rest of the Balearics, fishermen often call this animal by the same name, its most common name is ‘pepino de mar’ (literally, sea cucumber) because it has a similar shape to this vegetable. In other places it is also known as ‘holoturia’ and ‘cohombro de mar’.

But the ‘espardenya’ is not a sea vegetable, it is a marine animal belonging to the echinoderm of the holothuroidea class, a distant relative of the starfish, and one of its few predators. There are more than 1,400 varieties in the world. The scientific name for the most common type in Ibiza is stichopus regalis. It is characterized, apart from its tubular shape, by the soft texture of its body, slightly flattened and rough, and its dark color -brown or black- with white spots.

In the old days, the Ibicenco fishermen collected them from the sandy seabeds and used their meat as infallible bait for sea breams. Some also cooked them in a pan and that habit resulted in a spectacular seafood dish. The sea cucumber is about 30 centimeters long with a rounded mouth at one end, with a crown of retractable tentacles that they use to feed by filtering water and sand, which removes particles of algae and plankton. 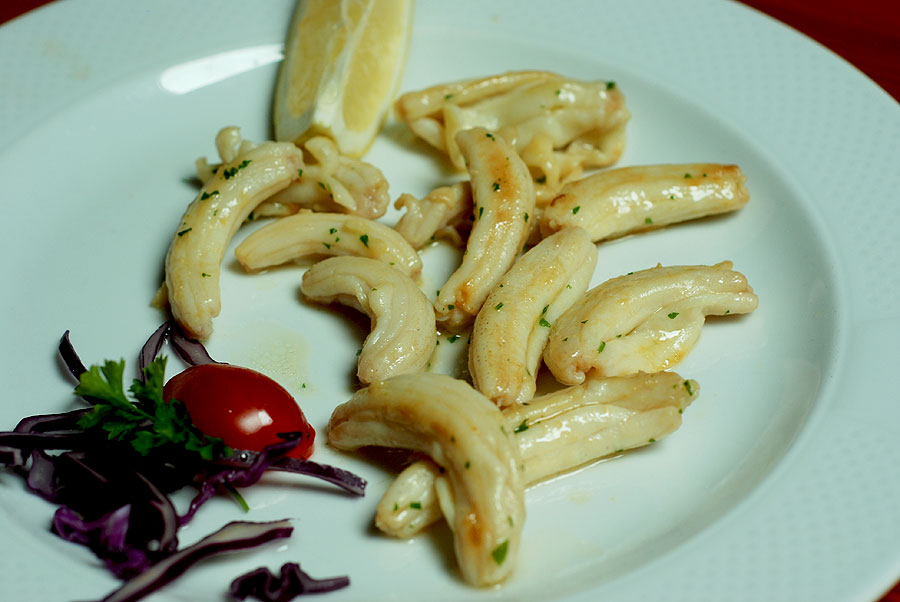 In Ibiza the part of the ‘espardenya’ that is used is its digestive tract (about 5 to 10 centimeters long), which is extracted by cutting the animal open. At Es Torrent we sauteé this slightly crispy meat, which has a mild shellfish flavor, with a little bit of garlic and parsley. No need to add anything else, and it is often used as a special ingredient in the seafood paella.

In Asia, however, its consumption is massive and the Asians take more out of it. In traditional Chinese medicine it is common to dry the animal entirely and use the powder extracted from it as a powerful tonic with aphrodisiac properties. In cuisine, it is also dehydrated and then chopped, for use, along with its gelatinous skin, in soups and stews. Its price is very high. In Japan it is served as sushi and often eaten raw or marinated in soy sauce or vinegar.

The ‘espardenya’, with the rare exception of a few Catalan, Levantine and Balearic Islands restaurants, is one of the truly exclusive foods of Ibiza. Anyone who tries it, repeats. Bon Appetite!