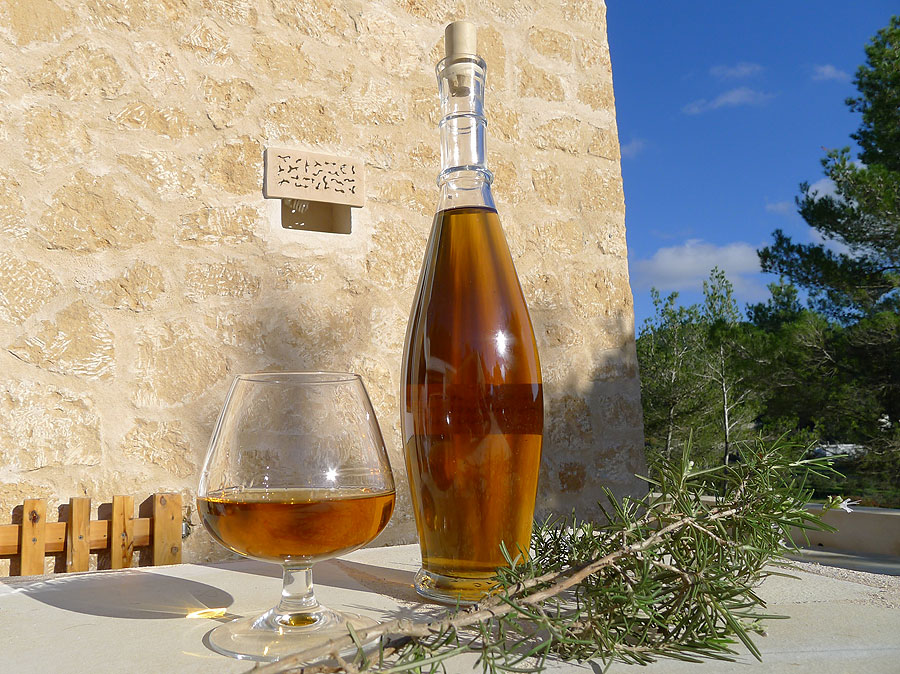 12 Dec Hierbas Ibicencas, the forest in a spirit

Many country houses in Ibiza, forover 200 years now, still maintain the tradition of making Hierbas Ibicencas liqueur. Each home has its own recipe, but all integrate the classic forest flavors of the island. Since 1997, the Hierbas Ibicencas have geographical designation and there are several brands that produces and markets them, although the most original, intense and aromatic ones are the home made found in private homes.

The traditional recipe uses a base of anisette and then macerate for a short period of time a wide combination of aromatic herbs from the Pitiusan forests, along with other elements. The most common herbs used are fennel, thyme, rosemary, lemon verbena, lavender, rue, eucalyptus, chamomile, juniper and juniper berries, oregano, lemon and orange leaves and peel, sage, anise and star anise among others. 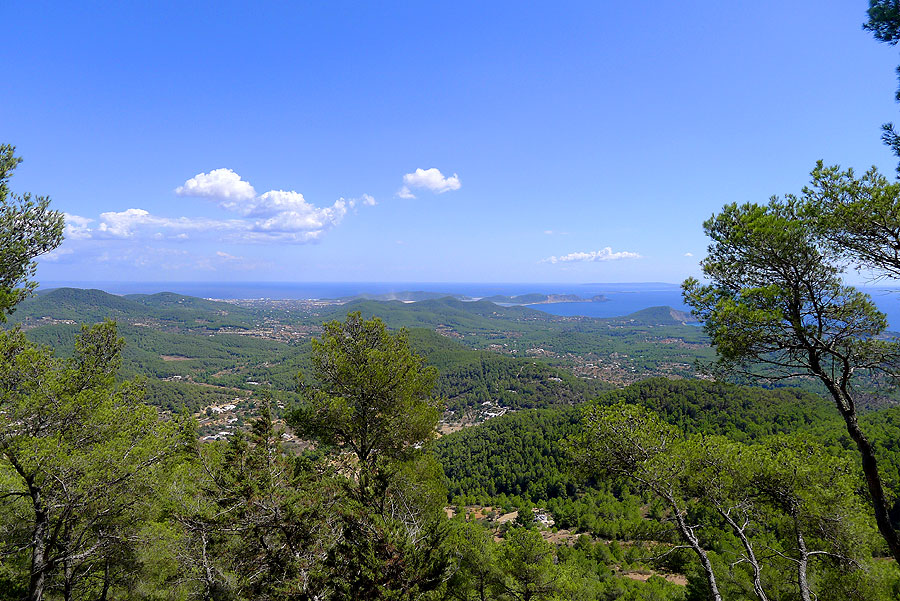 The result is a fusion of flavours that surround the anise, none of them stands out in excess over the others. It have a bright amber color, it is sweet (with a maximum content of sugar of 250 grams per liter) and its alcohol volume content is between 24 and 38 degrees.

The oldest liquor industry of Hierbas Ibicencas is Marí Mayans and was born in Formentera, but shortly after it was established in Ibiza, where it remains to this day. It was founded around 1880 by farmer and fisherman Joan Marí Mayans, who made several trips to Barcelona with his llaüt where he acquired products that weren’t available in Ibiza and Formentera with which he traded. During these trips, he discovered the functioning of stills and created the first factory, now run by the sixth generation, and where other popular liqueurs and spirits are produced, such as frígola and absinthe.

Apart from this brand, there are other brands which also make Hierbas Ibicencas, such as Can Rich, Aniseta, Fluxà and Ca n’Anneta, and export them around the world. Today, apart from maceration, they’re made by distillation and by infusion. Trying Hierbas Ibicencas is another unrepeatable gastronomic experience that Ibiza offers, as they are unique and different from any other distilled spirit in the world. At Es Torrent we serve them at the customer’s taste: neat or with plenty of ice.