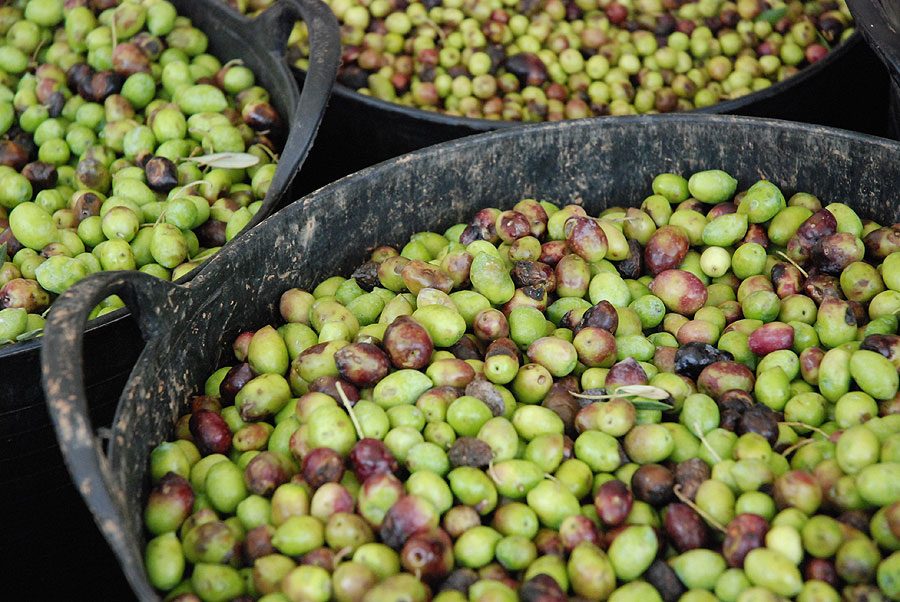 27 Oct Olive oil of Ibiza: An inherited tradition of antiquity

In Ibiza, the tradition of making olive oil is as old as its society and currently generates an industry that keeps growing every year. At Es Torrent we choose with great care the oil that we offer our customers on the table so that, if they wish, they can enjoy it even with a simple slice of ‘pan payés’ (traditional Ibicenco country bread).

The Pitiusan history reveals that in the 1st century BC, Greek historian Diodorus of Sicily already alluded to the cultivation of olive groves on the island. He described Ibiza as an island of “small-size of medium fertility, with vineyards and olive trees”. In various archaeological excavations they have identified the remains of 23 ancient oil presses that date all the way back to antiquity. They show that in times of Diodorus, besides olives, Ibiza also produced olive oil.

Furthermore, there is evidence that the Romans traded with the island’s olive oil for centuries. They transported it in amphorae throughout the Mediterranean, along with other goods also produced here, such as honey, wine, figs, salt, dried fish, purple dye, and the popular ‘garum’ sauce –the ketchup of the time, made from fish viscera–. 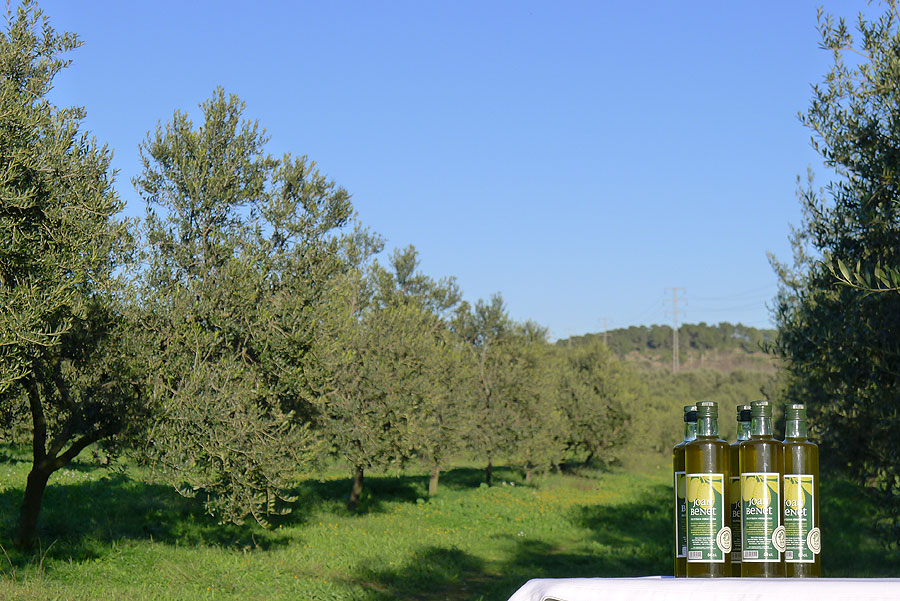 The olive oil industry, with some ups and downs continued during the following centuries, and in the medieval times, especially after the Christian Reconquista in the 13th century, oil presses highly increased in number. Even today, many typical houses of the island have ancient technology oil presses, which served to supply oil to the entire vicinity. The tradition remained intact until the mid 20th century, with the advent of tourism and the progressive abandonment of those agricultural practices that required more resources and effort.

30 years later, in the mid-90s, new olive groves were planted, modern oil presses were installed and the olive oil craze caught on to half the island. The first modern oil press was installed in Benimussa, in the finca of Joan Benet, the producer of the olive oil that we offer at Es Torrent. Joan Benet’s olive oil has an intense and particular flavor, a blend of Arbequina and picual varieties, with a 90% and 10% proportion respectively.

Others started following Benet and today Ibiza has an olive oil industry under the “Oli d’E” (Oil from Eivissa) brand, which includes 115 hectares of olive groves, 15 brands and 80 producers. Extra virgin olive oil is undoubtedly one of the great values of the future of the Ibizan gastronomy.