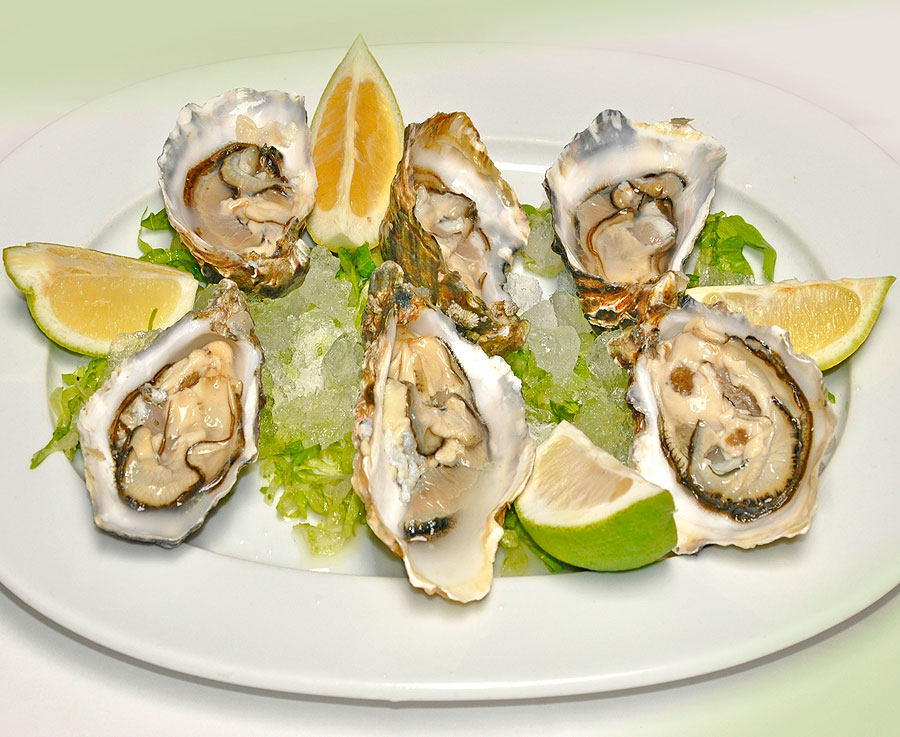 05 Oct Gillardeau oysters, the finest in the world

At Es Torrent we like to define ourselves as ambassadors of fresh fish and seafood from the waters of Ibiza and of recipes inherited from sailors and fishermen. To our customers we offer the local Pitiusan catch as first choice, but we are not the Taliban of gastronomy and are happy to enjoy the wonders that come from other seas, especially when in regard to varieties that do not exist in our environment. Therefore, in our restaurant we usually have certain seafood delicacies that we are delighted to offer to our friends.

In our fish tank we have ‘Carril’ clams, whelks, lobsters and, of course, a few dozen oysters of the highest quality. Here we keep them alive until the time comes for them to be consumed in all their freshness. There are many legends about this bivalve mollusk, cherished in the past for its pearls and today highly appreciated for its intense sea flavor and gelatinous texture. The most popular story alludes to its aphrodisiac power, a quality with a firm scientific basis.

Oysters are the food with the highest natural concentration of zinc: 63 milligrams per 100 grams. The next foods in this classification after oysters, have six times lower that amount. Zinc is the mineral producing testosterone in the human body and this, in turn, increases libido. The reality, however, is that for oysters to have a strong effect in this aspect, one would have to consume a tremendous amount and then wait about eight hours to feel the effects. Maybe that’s why another legend claims that the famous Venetian lover Giacomo Casanova consumed 40 oysters for breakfast every day. 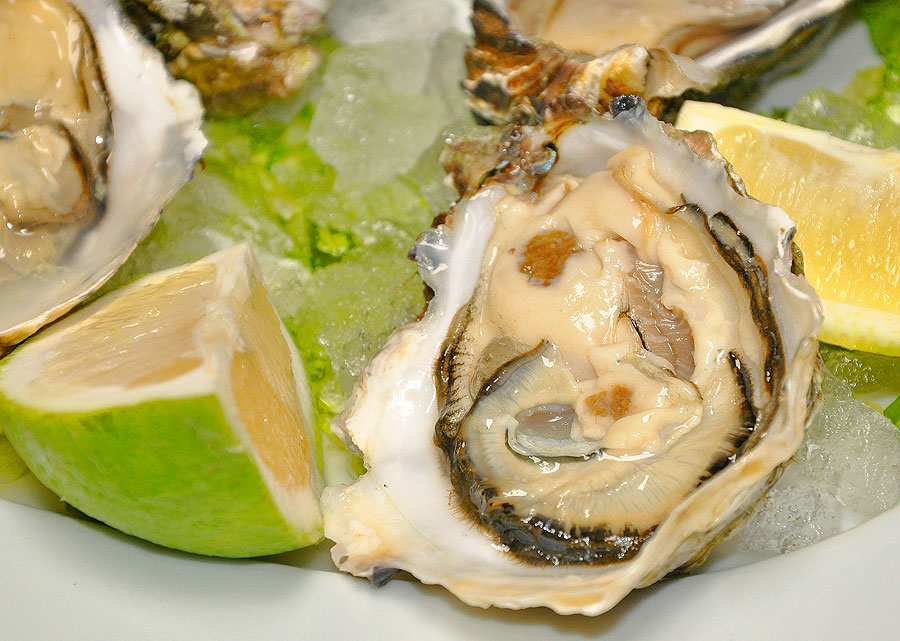 Fables aside, oysters are one of the most shocking and surprising foods that come from the sea. They are filtering organisms that suck up to five liters of water per hour to feed on plankton and other suspended particles. There are many kinds and in Spain, until recently, only the flat shell oysters were appreciated, but now the most valued are the oval shaped, with a curly look and with a deep cavity.

Of all the producers, there is one which stands out, the Gillardeau family, who have been cultivating oysters since the late 19th century off the island of Oléron and later on the beaches of Normandy, on the west coast of France. Their product, which is the one we offer at Es Torrent, is considered the best in the world. The Gillardeau have an extraordinary quality and such a highly refined and phased production process that, unlike other breeders, they manage to supply their customers throughout the year.

The production process of Gillardeau oysters is completely handmade and goes back to the Middle Ages. Their oysters require a cultivation of four years. When they reach nine months, they are removed from the trays, they are bagged and are moved into deeper waters rich in phytoplankton, where they are carefully maintained and continuously monitored to prevent harmful bacteria and other threats to their survival and quality. Today’s Gillardeau represent the fourth generation of breeders and each oyster still undergoes an average of 60 operations until it reaches the lucky diner’s table.

The result of this long and delicate process is a mollusk of voluptuous flesh, almost crispy, enveloping the palate and delivering an explosion of mineral flavors, accompanied by a unique and characteristic touch: a distinctive hint of walnut. It is strong and refined, tender and meaty, sweet and salty.

There are countless recipes for preparing it. Thanks to the uncommon layer of fat which covers the Gillardeau, there are chefs who prepare them on the grill, others inject them with lime emulsions or other tart fruits or even prepare them ‘au gratin’ with champagne. At Es Torrent we like to serve them without additives. We open them a few minutes in advance, we drain the salt water which they already contain and then wait for them to produce their own, which is clean, transparent and encloses all the flavors of this wonder of nature that man has been able to tame.