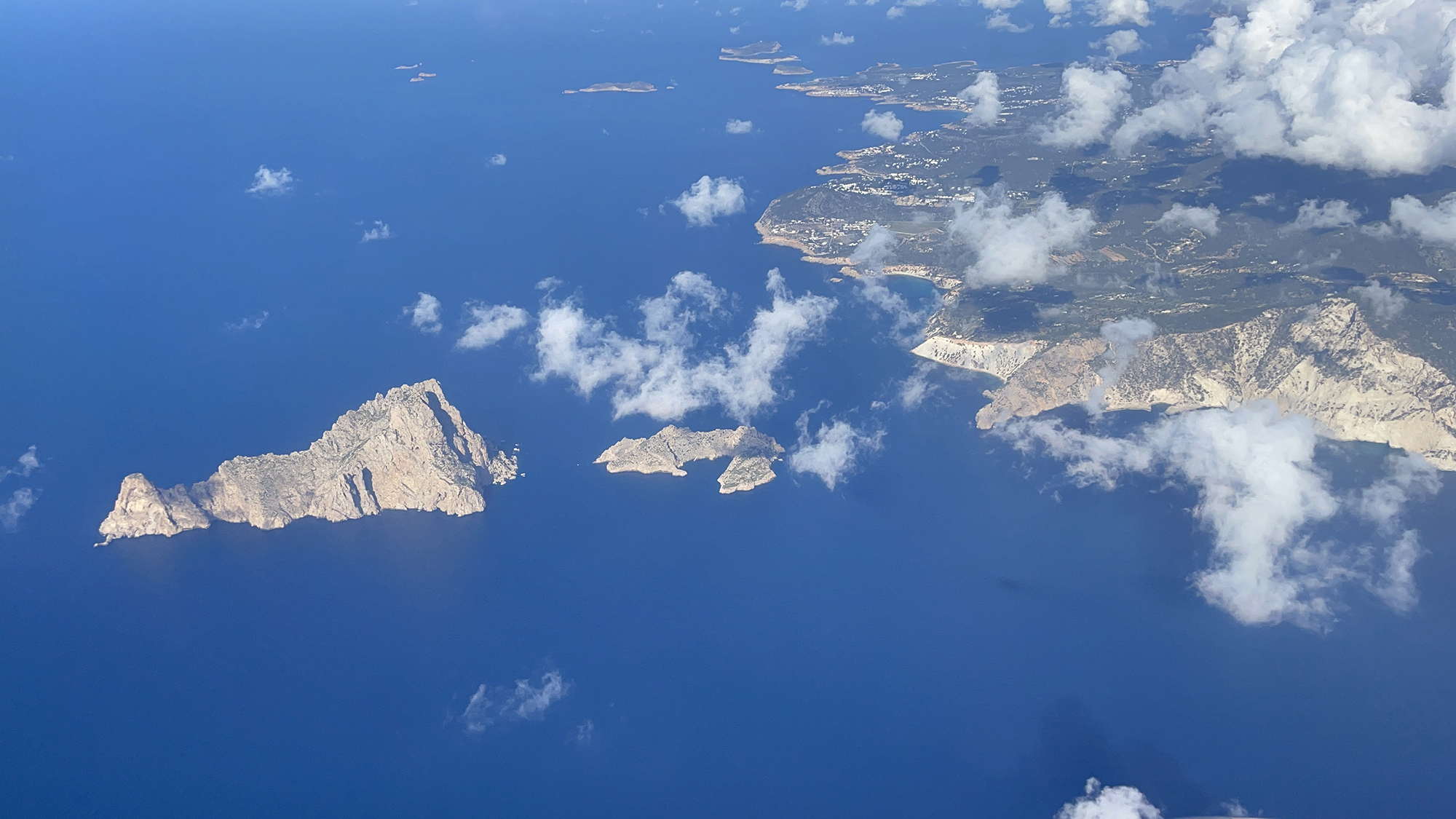 Many of the islets that surround the coast of the municipality of Sant Josep, where our restaurant is also located, are integrated into the so-called Nature Reserves of Vedrà, es Vedranell i els Illots de Ponent, which are divided into two zones. On the one hand, the es Vedrà and es Vedranell islets, off the coast of Cala d’Hort, and on the other, the western islets, off Cala Tarida and Platges de Comte. These are: sa Conillera, s’Illa des Bosc, s’Espartar and ses Bledes.

The nature reserve was approved in 2002, with the intention of maintaining and recovering the endemism and characteristic landscape of these islets, whose conservation is supervised by the Department of the Environment of the Balearic Government. The total protected area is almost 798 hectares, of which 565 are marine and 233 terrestrial.

Es Vedrà and Es Vedranell are the islets closest to our restaurant and, without a doubt, the most unique due to the impressive height of the former, which reaches 382 metres, not far from sa Talaia de Sant Josep which, at 475 metres, is the highest mountain in Ibiza. This means that Es Vedrà is higher than most of the mountains on the island. It has an area of 60 hectares, while es Vedranell covers only 17, with a maximum height of 104 metres. Both islets are home to more than 160 species of plants and a rich fauna. 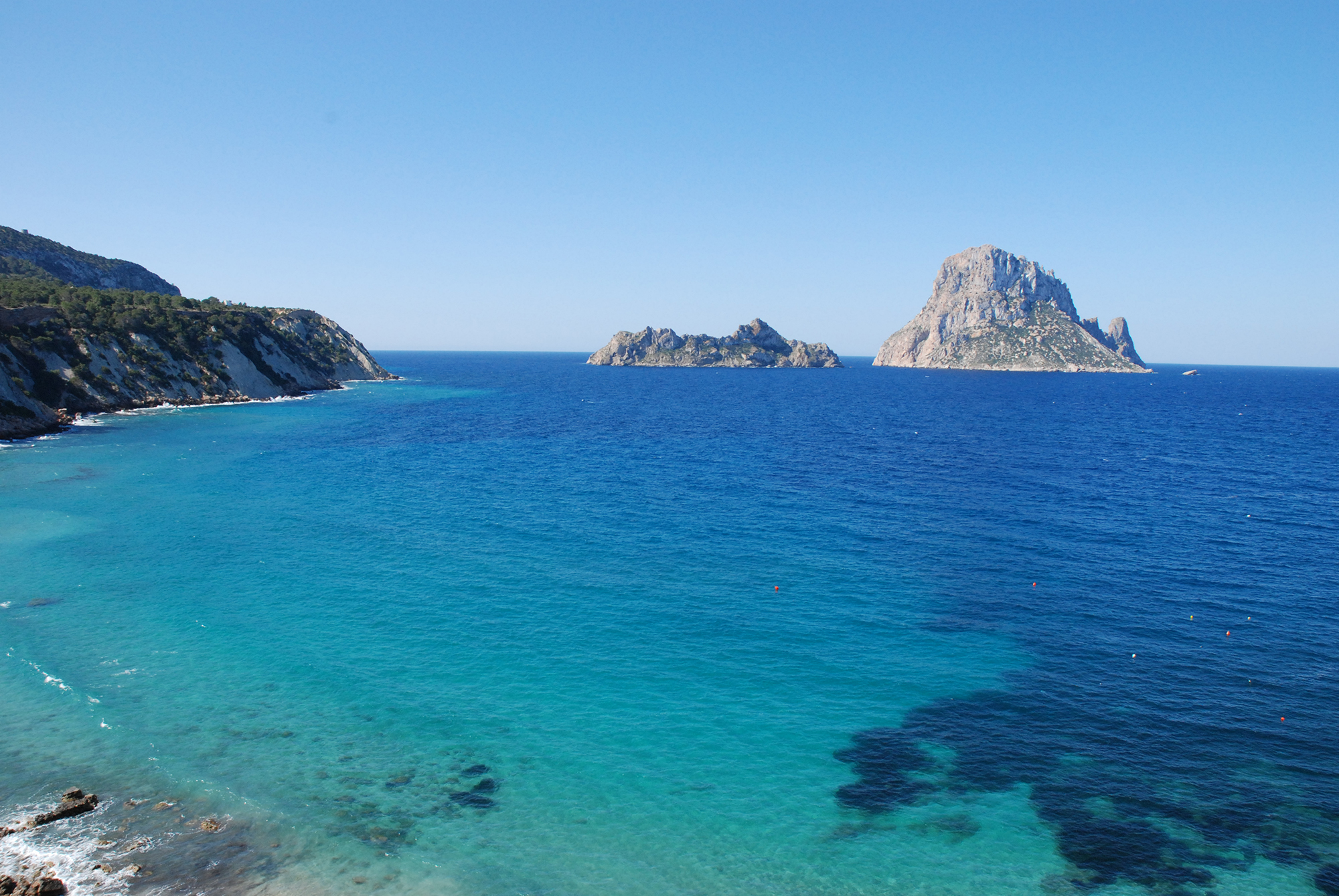 The largest islet of the reserves, however, is Sa Conillera, with an area of 100 hectares, which in the entire Pitiusan archipelago is only exceeded by s’Espalmador, on the way to Formentera. It stands out for its lighthouse, inaugurated in 1857, which remained inhabited by lighthouse keepers until it was automated in 1971.

Next to it, closer to the Comte coast, awaits s’Illa des Bosc, much smaller, with only 16 hectares. Its toponym, which means “forest island”, contrasts with its bare surface. Formerly it housed a juniper forest, which was felled many years ago to take advantage of the wood.

S’Espartar, the esparto island, is still the place where artisans go to collect this vegetable in summer, with which they make baskets and other traditional tools from the Ibizan countryside. Some lizards with an impressive bluish hue also inhabit it. 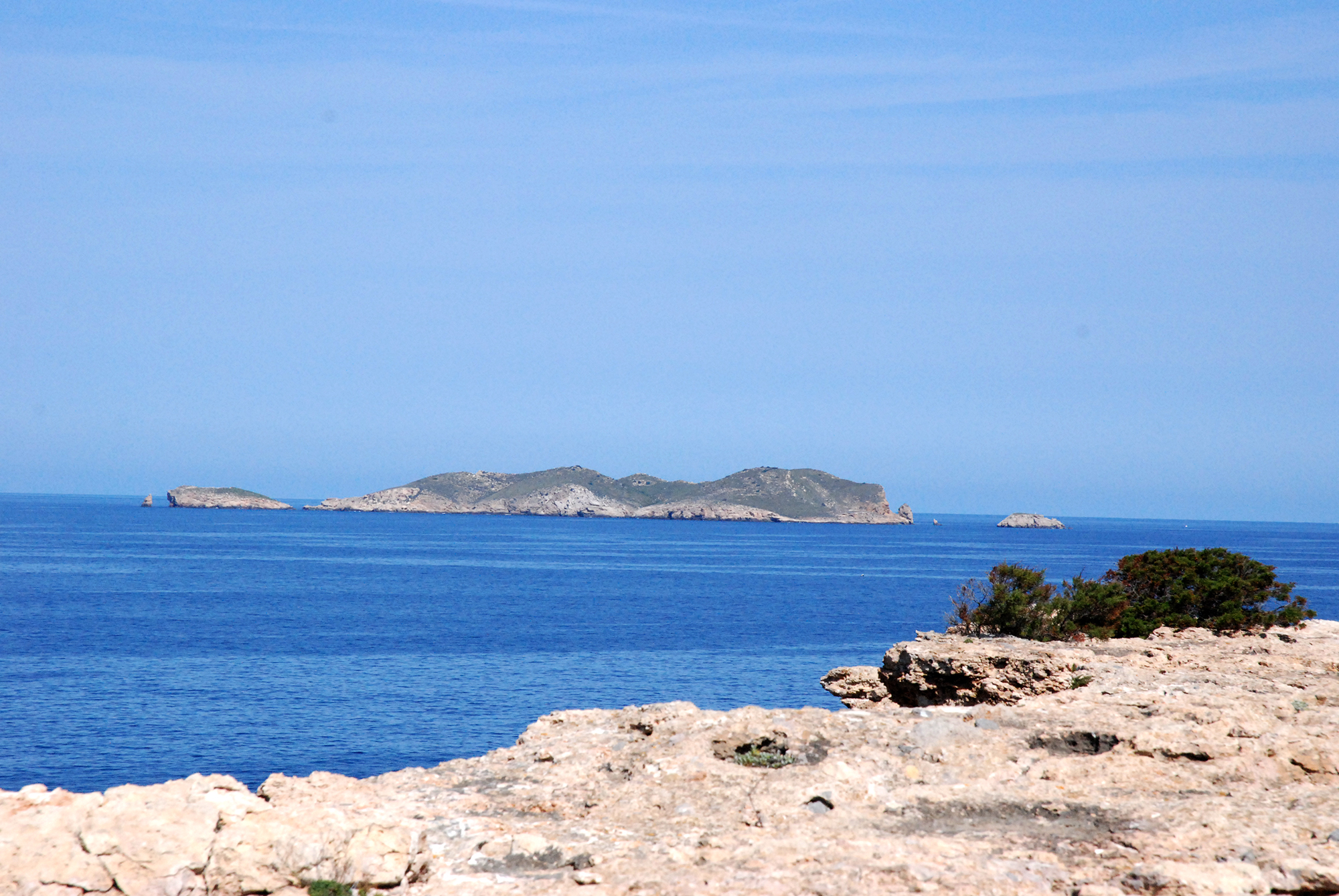 Ses Bledes is the furthest from the coast. It is made up of small islets such as na Gorra, es Vaixell, na Bosc, es Esculls d’en Ramon, na Plana, s’Escull Vermell and s’Escull de Tramuntana. Its name is related to the plants that cover the islets, very similar to Swiss chard, which in Ibiza are called “bledes”, although these are not edible.

All the islets have also been declared a Site of Community Interest (LIC), a Special Bird Protection Area (ZEPA) and a Natural Area of Special Interest (ANEI) and landing on them is prohibited.