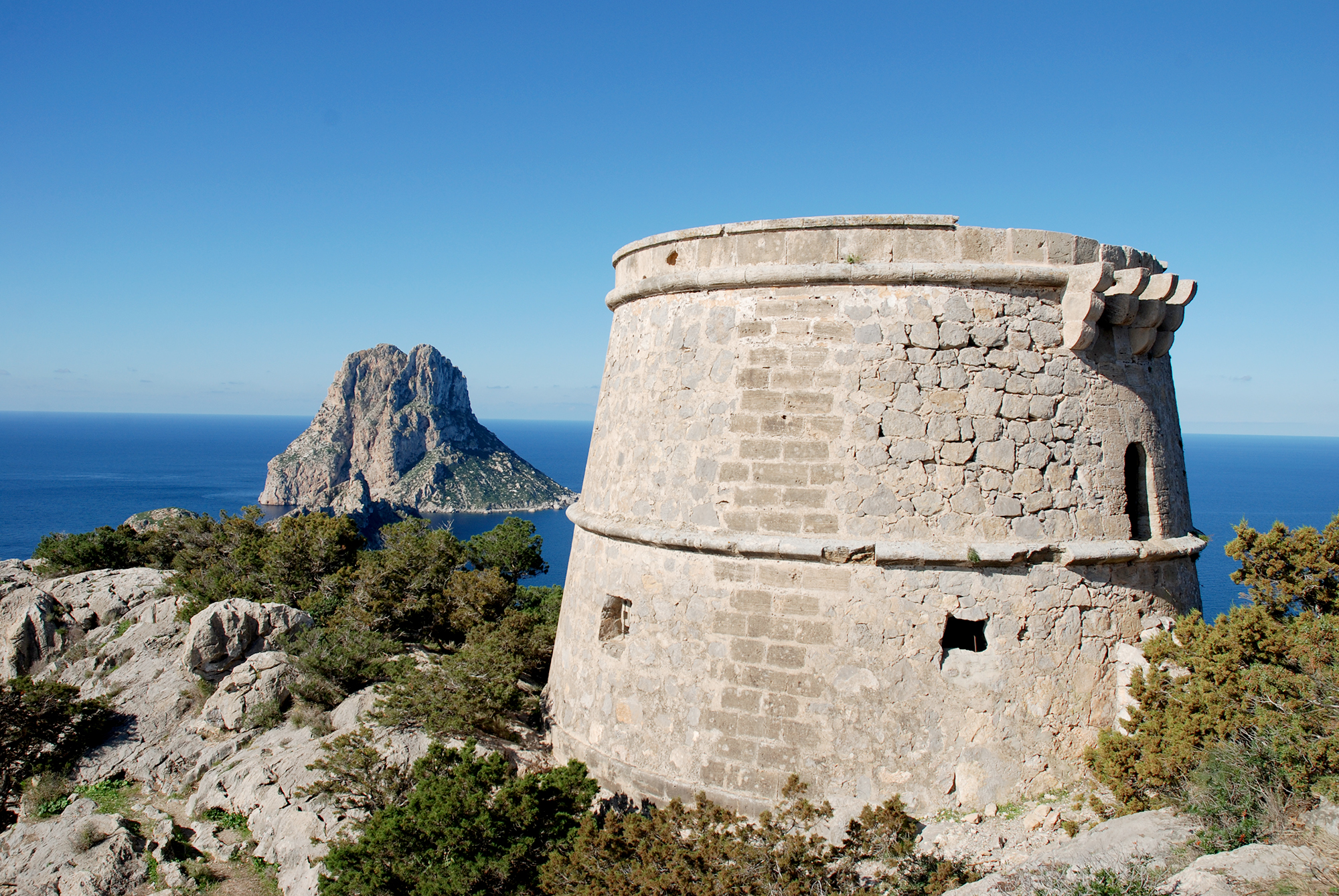 The defense towers that are located on the coast of Ibiza are an essential part of the island’s heritage, both for historical interest and for its special location. They are often located in eagle nests and impress with the spectacular panoramic views of the coastline.

In total there are seven bastions and they made up the island’s coastal defense system, which was financed by the Spanish Crown in the 18th century. Some of them were equipped with cannons and all had several officials from the Torreros Corps. Their objective, to watch the horizon in search of enemy corsairs and fight them with his artillery if they came within range. Starting from the one furthest south and in an anti-clockwise direction, these are the Ibizan defense towers: Ses Portes, Es Carregador, d’en Valls, Balansat, Portinatx, d’en Rovira and des Savinar. 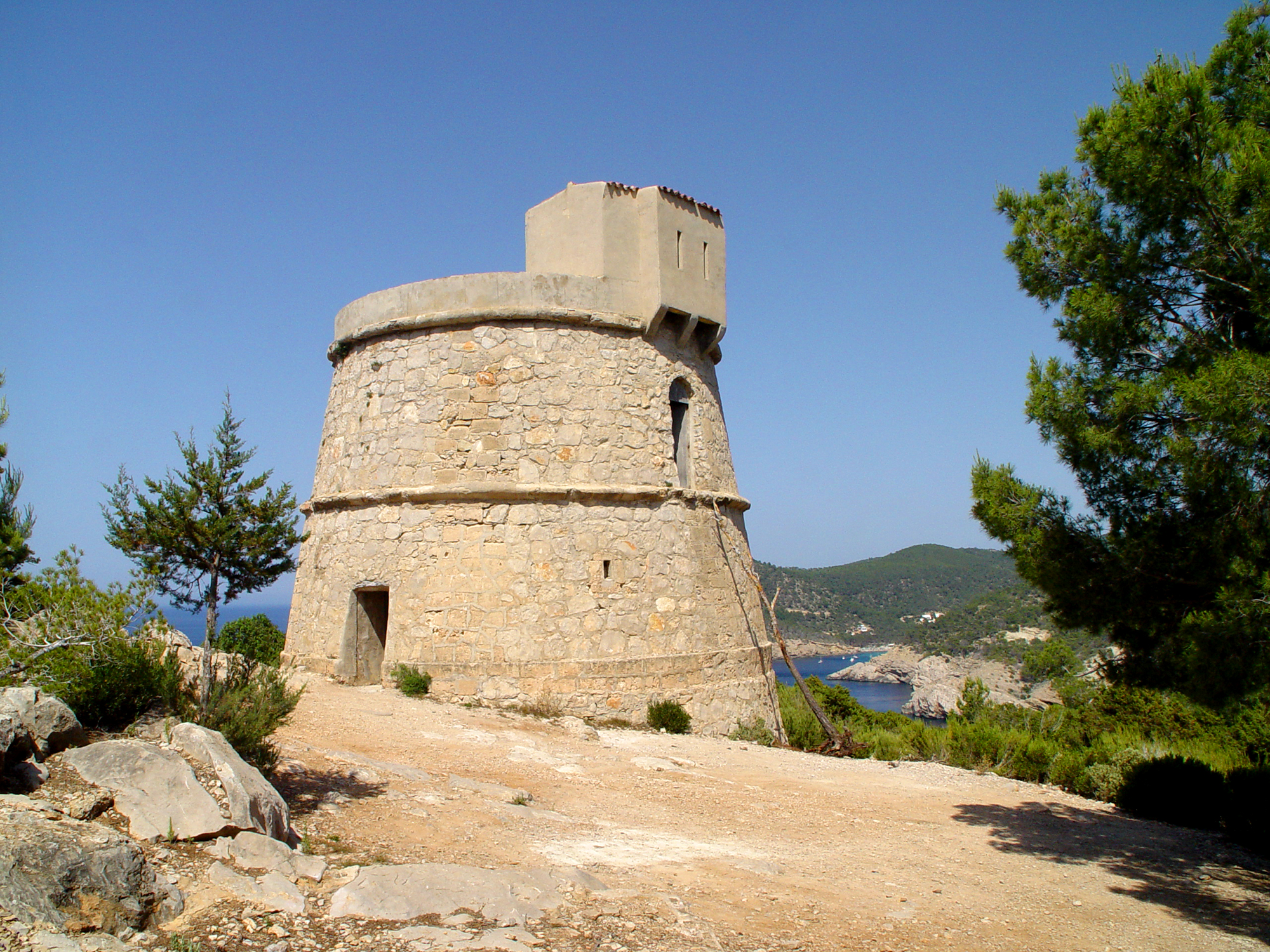 These constructions complemented the largest on the island, the walls of Ibiza, which were built in the 16th century, as well as the towers attached to the churches of Santa Eulària and Sant Antoni, and those that are located next to multiple country houses scattered around the entire island geography. The seven towers have a very similar structure, with two floors and a roof with a parapet, where the cannons were located. Its sloping walls are extremely wide to support enemy artillery and inside they have a curved staircase attached to the wall that joins the floors. The water tank, the food store and the powder magazine were located below. Upstairs, the guards’ room, where they cooked and rested. Although now some have access on the ground floor, formerly they were accessed from the second floor, by means of a ladder that was retracted in case of enemy siege.

Two of them, Ses Portes and Es Carregador, are located in the Ses Salines Natural Park and their mission was to protect the salt industry, which was the most important on the island. From the d’en Valls the area of the islet of Tagomago was monitored and the north coast was monitored from Balansat and Portinatx. La d’en Rovira protected the entrance to the port of Sant Antoni, in front of the islet of Sa Conillera. The most spectacular, however, is the des Savinar, located in front of the Es Vedrà islet, on top of a breathtaking cliff. It is the closest to Es Torrent.

A tour of all of them is an unusual and different way to get to know the most incredible landscapes of Ibiza. 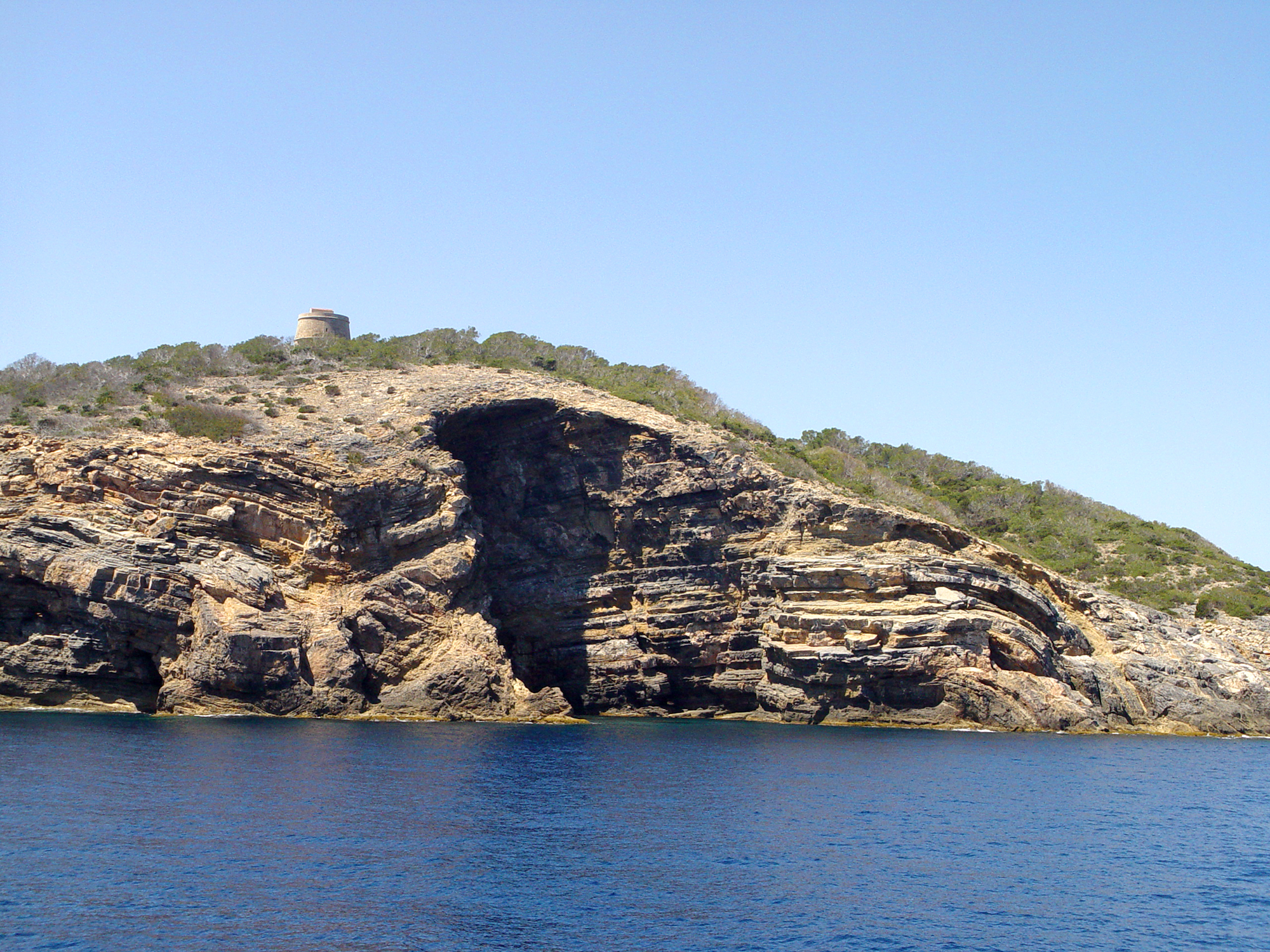