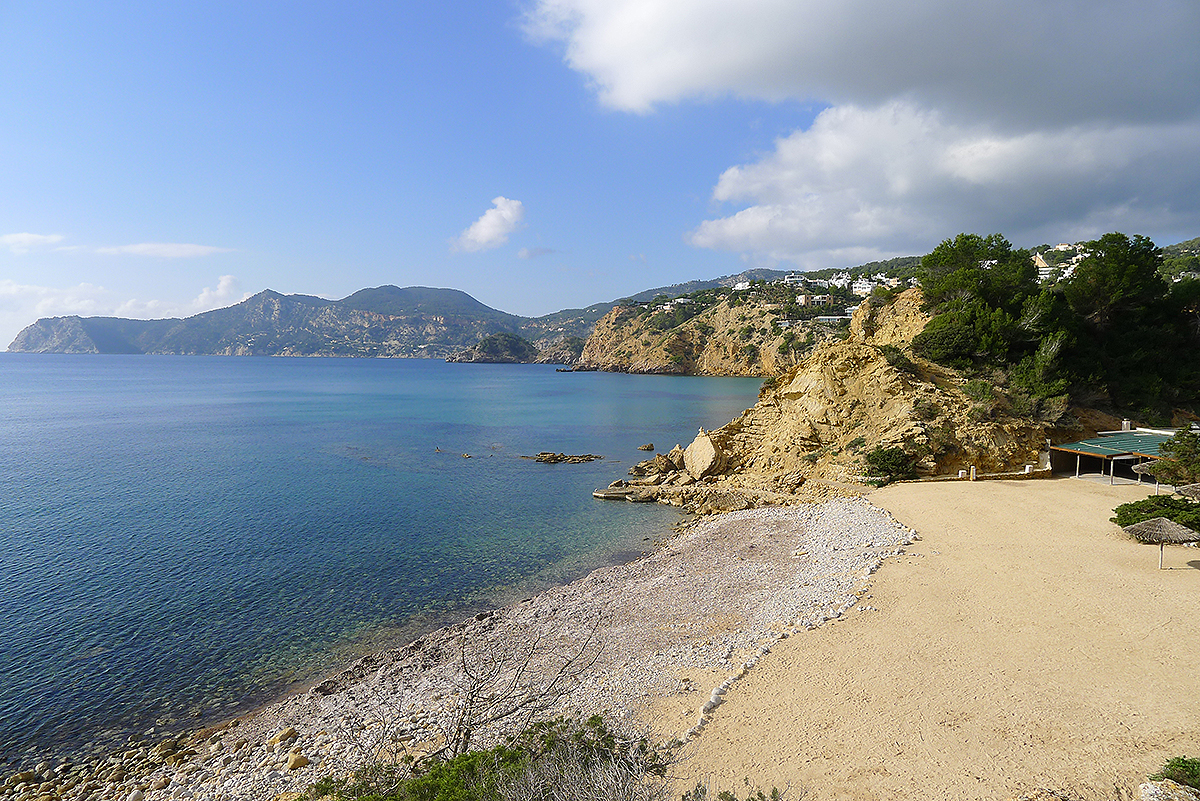 The restaurant Es Torrent opens its doors from April to the end of October, coinciding with the peaceful weather that characterizes the island during spring, summer and the beginning of autumn. During these seven months, the beach presents its most heavenly version, with a calm and transparent water ideal for swimming, and a higher temperature; and also more lively, due to the presence of people who have a second residence on the island and the travelers that are arriving.

In winter, however, Es Torrent offers its loneliest version. The terrace is collected, without tables or chairs, as is the spa, empty of sun loungers. Walking through the cove, in this quiet time, is also a joy. The numerous yachts and boats that anchor in Porroig in summer are gone and the feeling of an empty bay, where only nature imposes itself, is overwhelming. In the sunny days of winter, without wind, the water is the same as in summer and acquires those emerald tones that seduce. 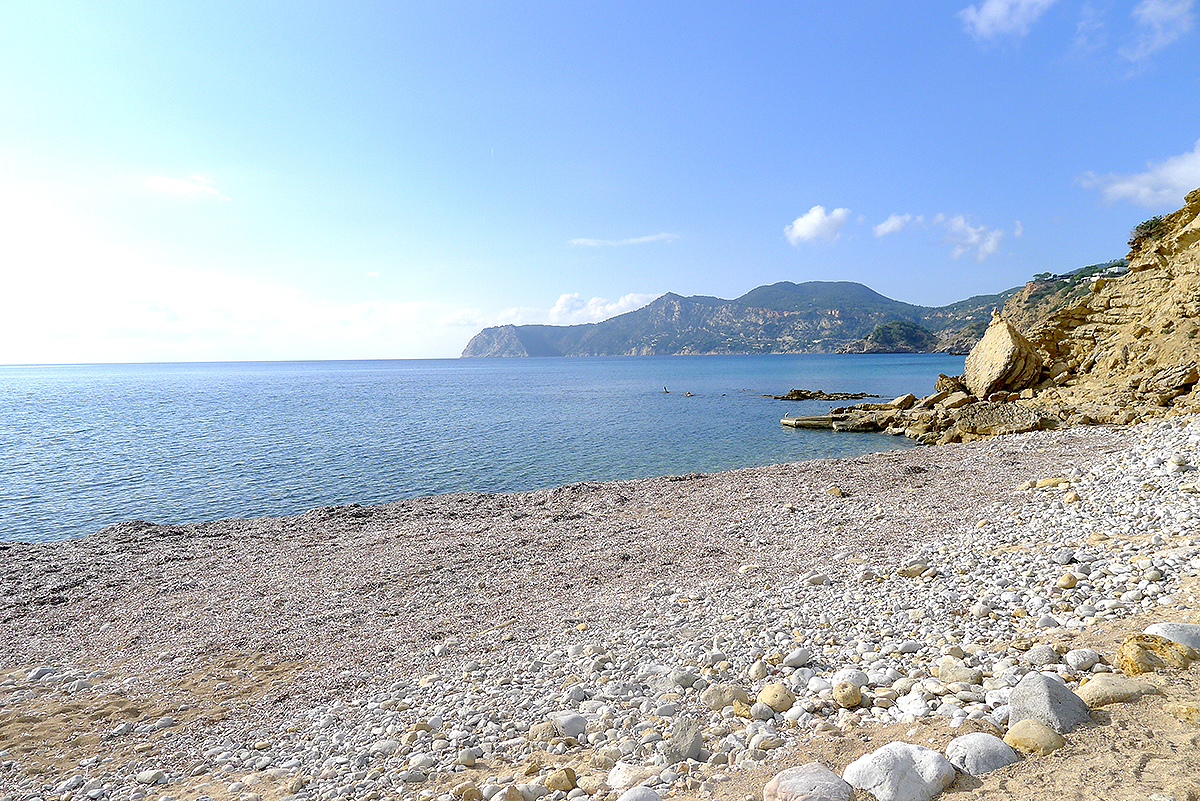 Anyone who has the opportunity to enjoy this superb landscape should not stop walking until they reach the pier to the right of the shore and, from there, look out over the neighboring cove, Sa Caixota, with its red earth cliff. Or sit near the water and listen to the sound of the round stones that drag the sway of the current.

There are days when cormorants bet on the pitfalls closest to the pier, while resting between dives in search of fish to feed on. Occasionally, the noise of the engine of a llaüt of some fisherman from Porroig interrupts this silence, as he slowly walks away across the horizon in search of his favorite enclave to try his luck with the shuttlecock or the troll.

Actually, Es Torrent, is an excellent metaphor for what Ibiza is. In summer, wonderful, sunny and with a unique atmosphere, linked to its diverse people, its cuisine and a hedonistic lifestyle. In winter, calmer and more confronted with its overwhelming nature. It is worth enjoying Es Torrent in both ways.