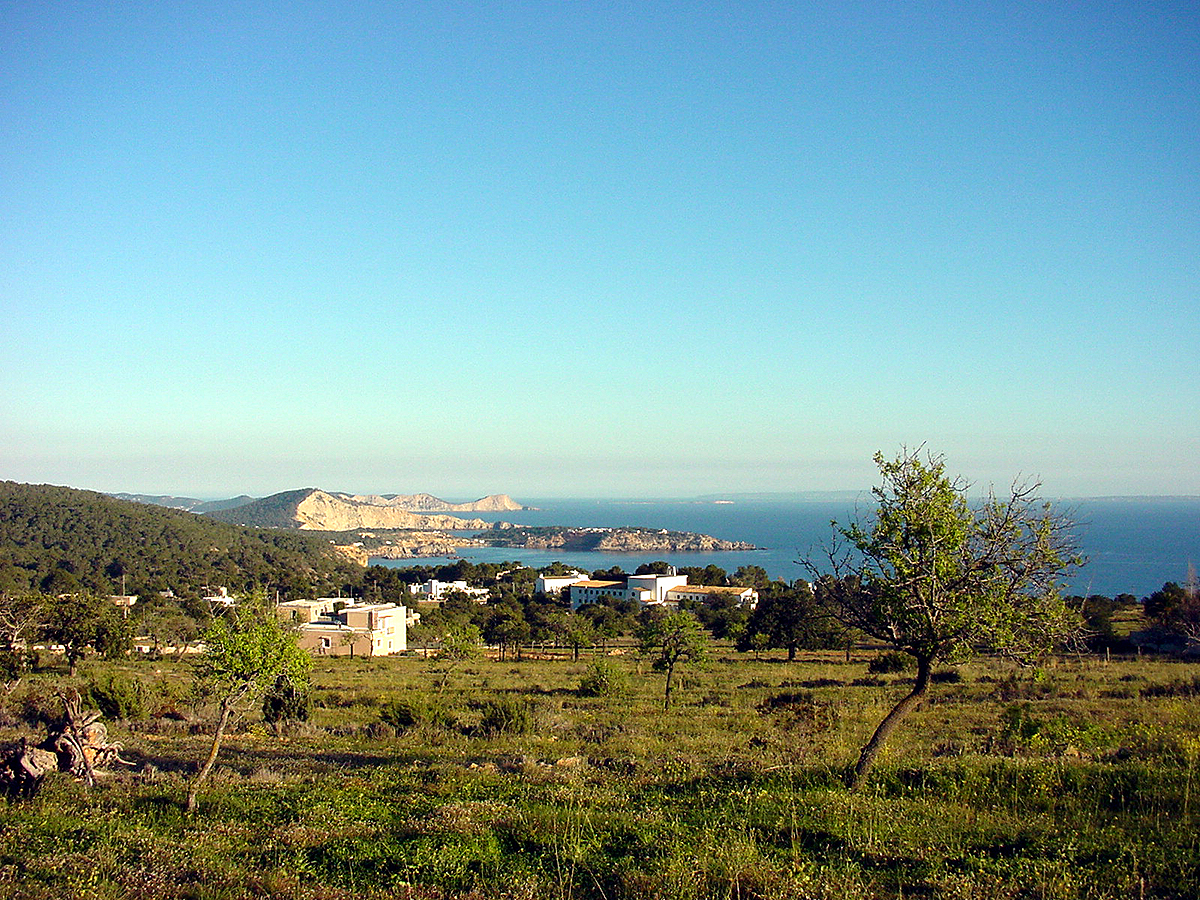 21 May Es Torrent and the coast of Es Cubells

The municipality of Sant Josep, which occupies the south of Ibiza, is the largest on the island and covers the most kilometers of coastline. Some of the most important beaches are in its territory, such as Ses Salines, Es Cavallet, Platja d’en Bossa or the Platges de Comte. Es Torrent, however, awaits in the area of Es Cubells, which is the quietest, steepest and most unknown in the municipality. It stands out for its small and stony coves, often located at the mouth of the torrents.

Es Torrent is close to the eastern end of the halfmoon that forms the bay of Es Cubells. Formerly, this area was one of the most unpopulated of Ibiza and its epicenter, the town of Es Cubells, is relatively recent. The church, located on top of the high cliffs that surround this stretch of coast, was built in 1941, a few years after the foundation of the parish, and was not completed until 1958. For this reason, it is the most recent of all the rural temples of typically Ibizan architecture that exist on the island. 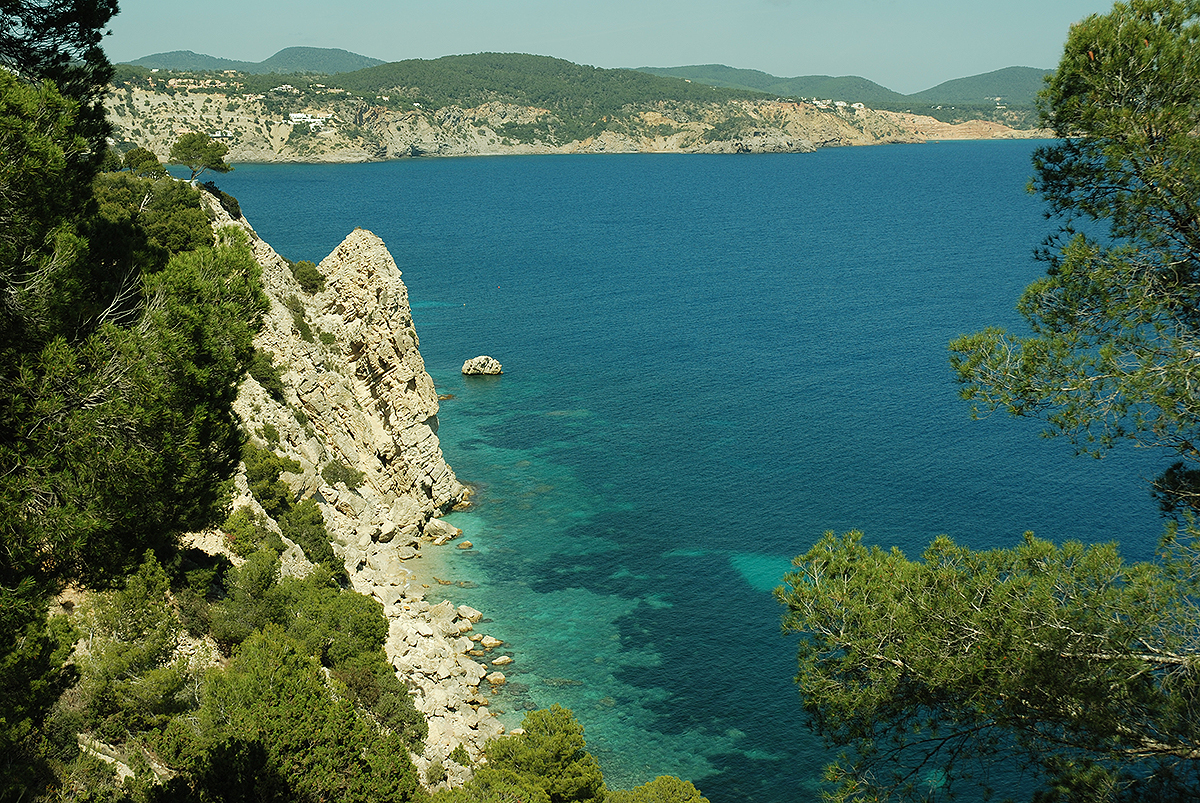 Cap Llentrisca, at the western tip, marks the beginning of the Es Cubells bay. After comes the cove of the same name, only accessible by sea or after a long walk on an unsafe path. It is, however, one of the most authentic corners of the archipelago, as it is full of fishermens huts frequented by the fishermen from the surrounding area. Next comes a succession of small gravel coves and crystal clear waters, some isolated, until reaching Platja des Cubells, at the foot of the same church, whose viewpoint offers an exceptional perspective of the entire bay.

After an extensive stretch of cliffs without coves, we reach Sa Caixota, also a rocky coast within the Vista Alegre urbanization. And after this, Es Torrent is found, which is equally steep but much smaller and accessible by both road and sea. Our cove is the entrance to Porroig, the eastern part of the bay. From here, the coast becomes low, the beaches progressively lengthen and here the most multitudinous Ibiza begins. We are waiting for you, therefore, in the most placid area of the south of Ibiza.