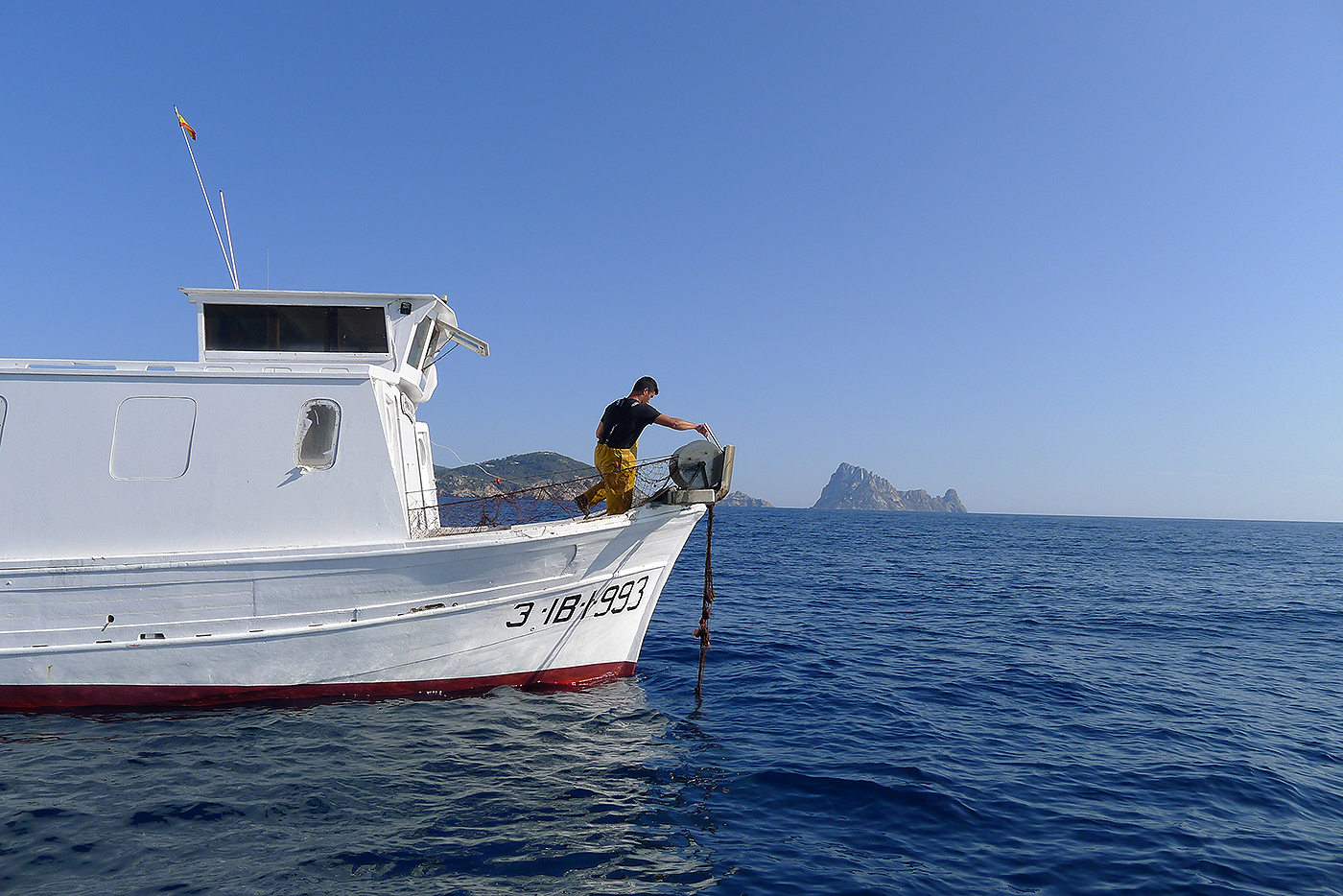 The fishermen of Ibiza continue to use many of the fishing arts that were already used centuries ago. Currently, there are two brotherhoods –Ibiza capital and Sant Antoni de Portmany–, which total around 80 members. They fish on board 6 trawlers and 55 smaller crafts (the traditional llaüts).

The minor arts have as preferred activity fishing with nets, which according to the time of the year alternate with the longline, the bolitx or artet and the stop arts (soltes and morunas). 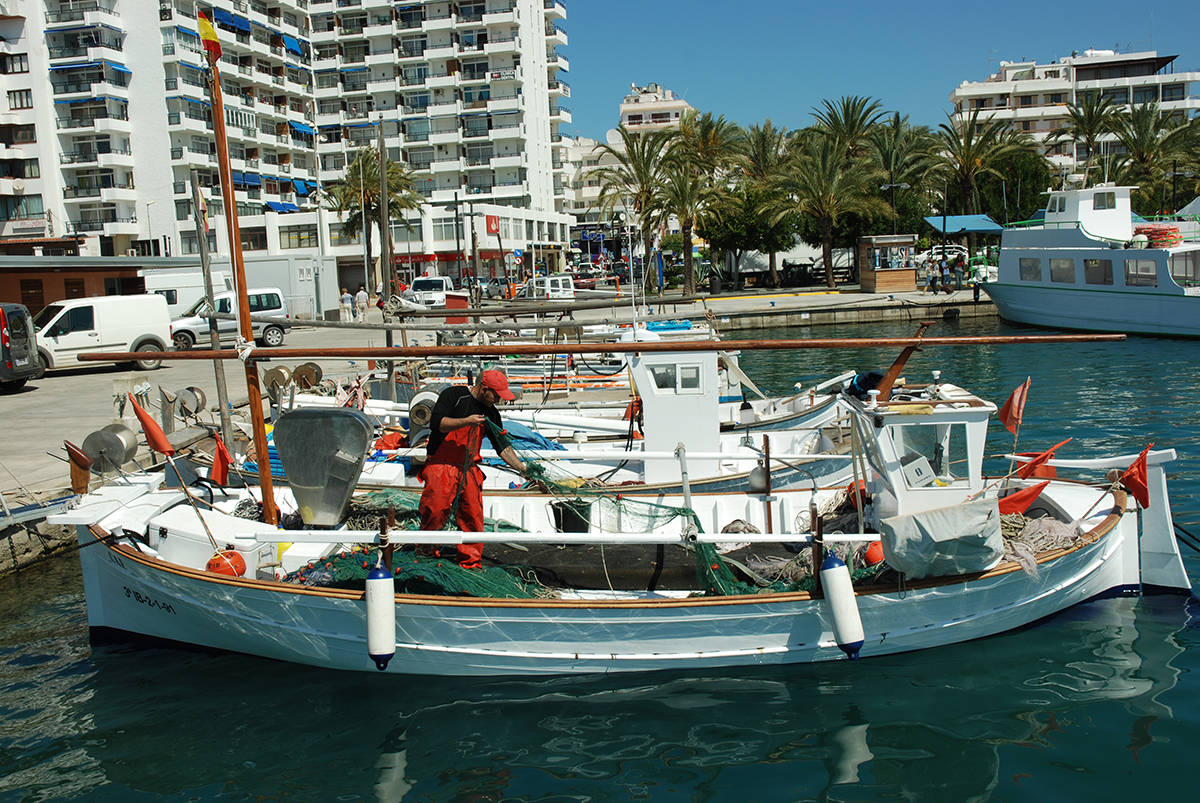 The species that constitute the main objective of the fishing boats of Ibiza and the arts used to catch them are these:

· Trawls: Dory fish, red scorpionfish, mullet, monkfish, whiting, octopus, squid and ray-finned fish (caramel), among others. It consists of releasing a weighted net subjected to the fishing boat, which sweeps the bottom of the sea and captures the species it finds in its path. It is an active fishing, in the sense that it does not depend on the movements that the fish make to achieve their catch.

· Trasmallo nets: Scorpionfish, scorpion, sepia, mullet, lobster, sea bream, pagel, grouper and sargo. The art of trasmallo is composed of three net cloths that are superimposed. The two exteriors have the same mesh light, while the central one is denser and more extensive. The three are mounted together on ropes, forming bags in the central cloth where the fish are entangled.

· Longline: Snapper, sargo and dentex. It is formed by a floating element, shaped like a bull, from which arms of plastic thread are held, with hooks hanging at its ends. Its measures vary according to the catches that are intended. There are bottom-set longline, which are placed on the seabed, and surface longlines, which float adrift in the sea.

· Artet or bolitx: ray-finned fish (caramel). Typical art of Ibiza that is only used to fish ray-finned fish, a small and very tasty species that is consumed in Ibiza in large quantities. A net with the shape of a bag that creeps into sandy bottoms is used and that turns little by little from the boat, once it is anchored. When it fills with fish, the mouth of the net closes and the catches rise.

· Stop arts: greater amberjack and tuna. The moruna and the solta are the typical stop arts of Ibiza. These are networks that are placed perpendicular to the coast, where live fish is trapped. It is considered a reduced variant of the almadraba.