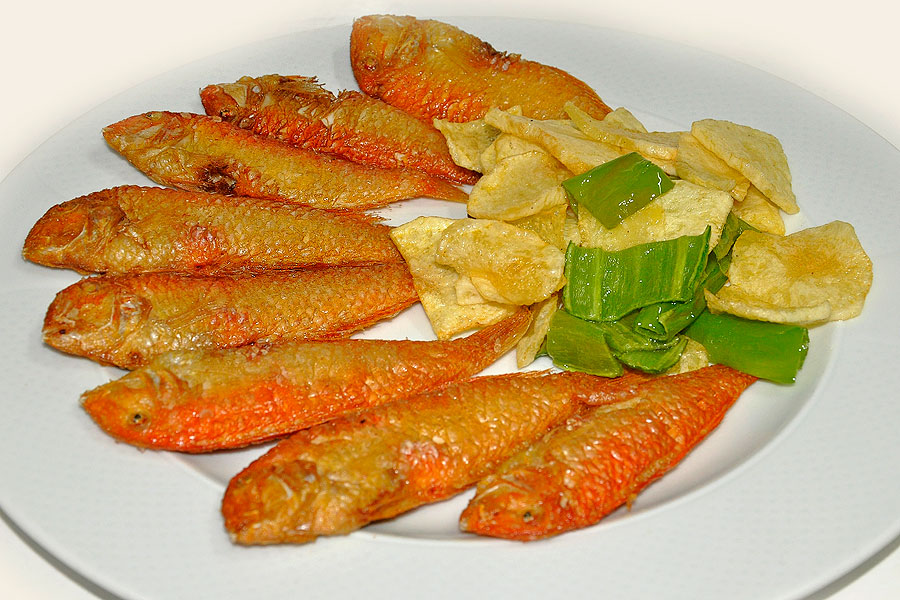 The menu at Es Torrent is comprised primarily of sea-based dishes made from the best that local waters have to offer. Most of our dishes are traditional recipes, passed down from generation to generation and reinvented by our chefs who add their personal touch according to their own culinary experience. In this blog, however, we are going to distill the essence of our gastronomy into five dishes that will make your mouth water and constitute required dining:

Fried ‘raors’: In early September, the fishing season opens on the ‘raor’ (xyrichthysnovacula), known in other latitudes as the pearly razor fish. It is the most sought-after fish in the Mediterranean with a fluctuating price similar to that of lobster. It is known for its small, flat shape and its salmon color; but, the feature largely responsible for its delectable flavor is its gelatinous skin.  That’s why, at Es Torrent, we cook it as is, without scraping off its scales or rolling it in flour. We just deep fry it in very hot olive oil and add a pinch of salt. This extraordinary delicacy delivers a knock-out punch of flavor.

Fried lobster: Another of the delicacies offered up by local waters is red lobster: exquisite and flavorful with compact flesh that imparts a pleasing texture. It is delicious any way you make it, but lately we’ve been piling it onto a bed of pan-fried potatoes and eggs that have been cooked in the same oil as the lobster so that they take on its essence. Amazing.

‘Bullit de peix’: This constitutes Ibiza’s seafood dish par excellence and is one of the most frequently ordered entrees at Es Torrent. It is made from cuts of several different large fish, gently boiled and then dressed with ‘all i oli’ sauce that has been reduced with the remaining fish stock. As a second serving, there is rice ‘a banda’, also made with the extra stock. It stands to mention that rice dishes such as paella and ‘fideuá’ are immovable fixtures in the Es Torrent landscape, intrinsic features of our culinary terrain. 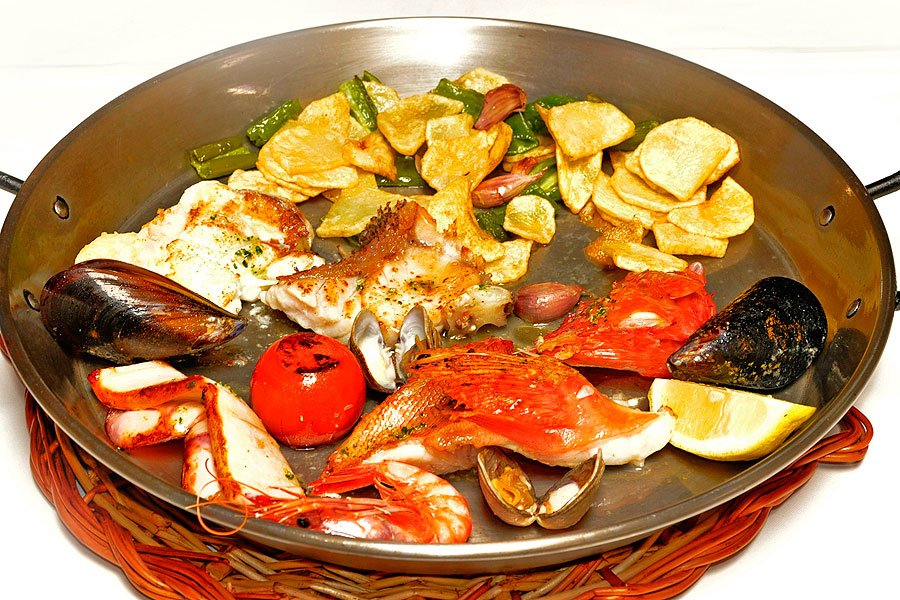 Mixed fish grill: Of all the delicious dishes on the Es Torrent menu, the mixed grill is the purest. It consists of an assortment of grilled fish, finished off in the oven, with absolutely nothing added – simply cooked to perfection. It always includes the most characteristic local varieties such as grouper, red scorpionfish and John Dory, all ideal with the light seasonings native to the island. 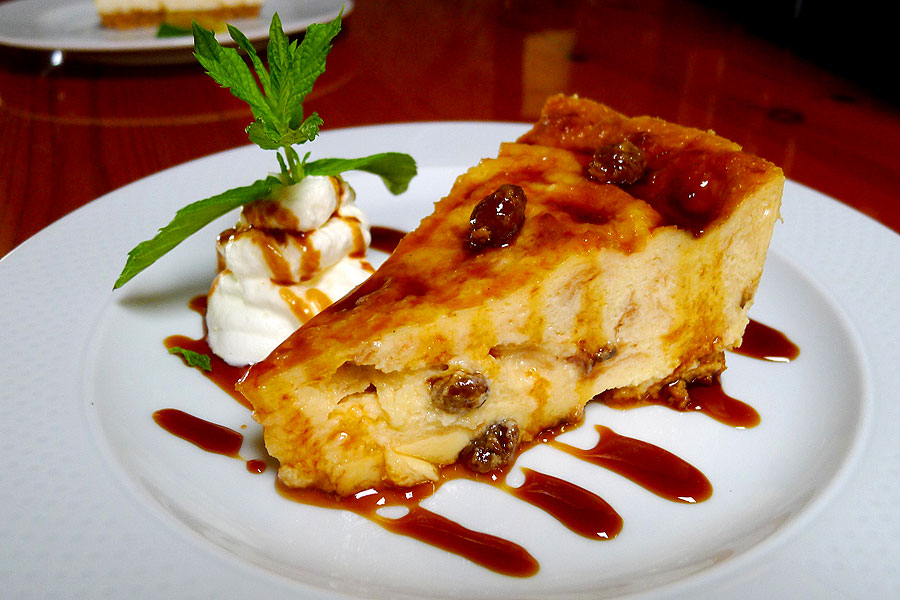 Greixonera: This local variety of bread pudding is one of the tastiest, freshest and most authentic desserts to be had in Ibiza. It is made with ‘ensaimada’ pastries, eggs and milk, all baked in the oven. At Es Torrent we also add raisins to our moist and spongy masterpiece.