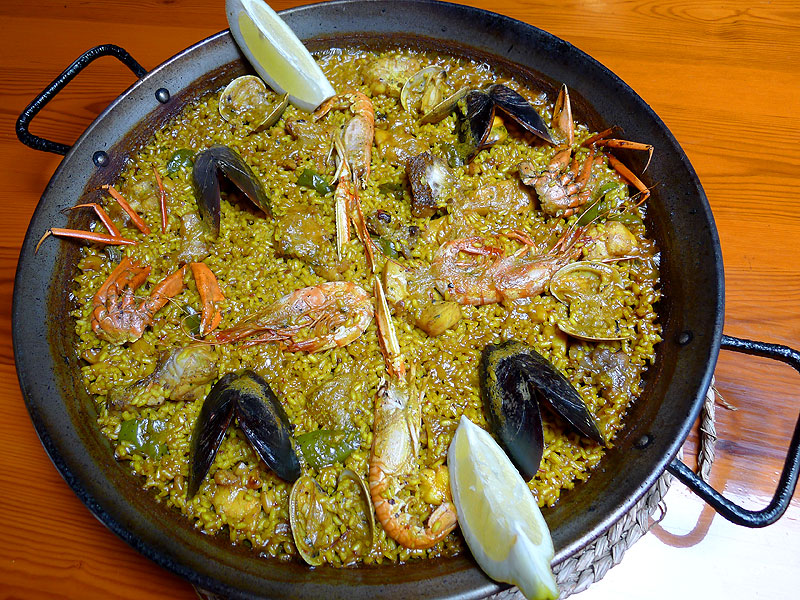 If you had to name one dish that is always on the menu at restaurants featuring traditional island cuisine, it would have to be the seafood paella. There is really no establishment specializing in typical fishermen’s fare that doesn’t serve it, something which probably cannot be said of any other entrée. Es Torrent, of course, offers it as one of its staples.

Even though it is a thoroughly Ibicenco recipe, its origin must be sought in the lagoons of Valencia around the 16th century. It was the solution hit upon by the country people, both shepherds and fishermen, of how to prepare a simple dish with what they had on hand. The ingredients of those early paellas are as varied as the historians who have written about them. Some claim the dish originally contained eels, snails and green beans, while others say it was chicken, rabbit and snails. The list goes on.

In any case, two historical developments needed to take place for paella to eventually become one of the world’s most popular dishes and the gastronomical flagship of our country. First of all, the cultivation of rice was successfully established in the Valencian wetlands after the crop had been brought to Europe from Asia in the 4th century BCE, thanks to the incursions of Alexander the Great. Additionally, a highly specific cooking vessel – that broad flat pan with two handles used expressly to make paella, had to make its way to Spain, which it did, via Italy, where it was called a “padella”. This pan – in the Balearics called simply a “paella” – arrived on the Iberian peninsula around the 16th century, brought by Italian immigrants during Spain’s hegemony over Italy. On the other hand, there are those who affirm that the name comes from the Arabic “baqiya”, meaning “leftovers”. 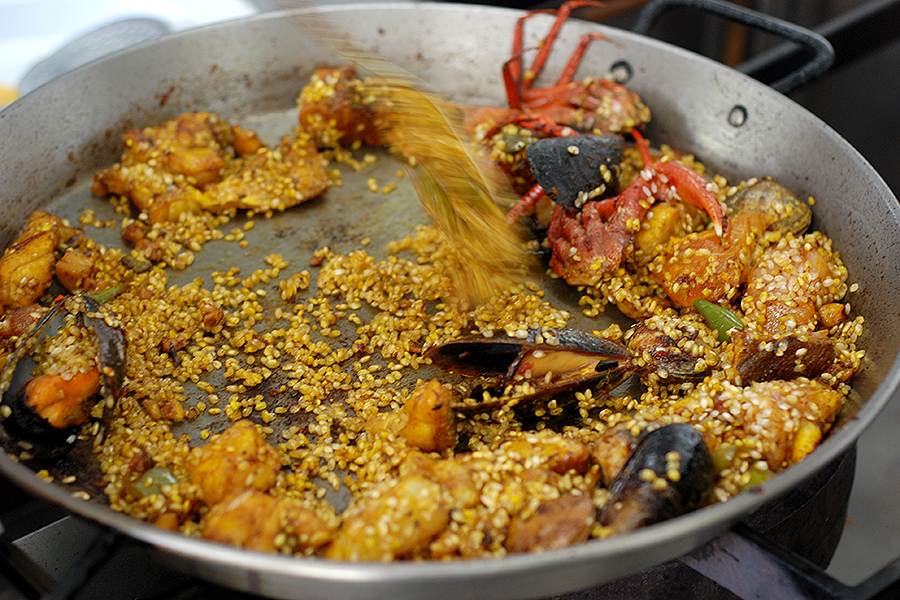 Regarding ingredients, the sky’s the limit…or the chef’s imagination. In fact, a legend grew up in the Spanish Levant during the War of Independence against Napoleon that tells of a woman who prepared a paella for a French general. He liked it so much he promised that, for every new rice dish she made, he would free a prisoner of war. The woman cooked him a different variation every day for 176 days, thereby obtaining the freedom of that many Valencians.

In Ibiza, although mixed paella is also very popular – and in former times considered even more of a delicacy than one made just from the contents of a fisherman’s net – today seafood paella rules. At Es Torrent, we make it with the best Mediterranean prawns, mussels, grouper, red scorpionfish and other high-quality cuts, all cooked in a flavorful rockfish stock with a helluva a good sofrito. Enjoy! 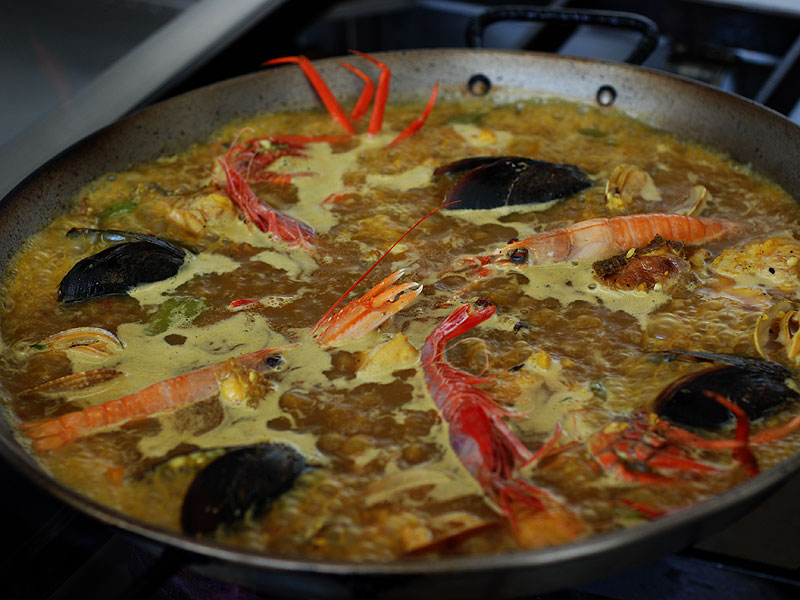