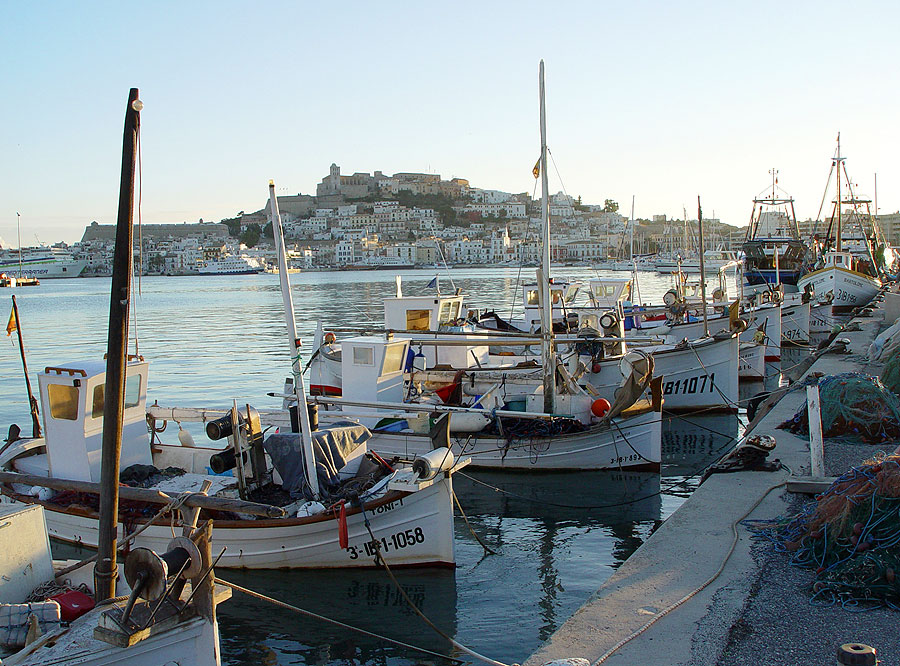 01 Dec Ibiza, an island without fish auctions: a history of professional fishing

The history of Ibiza cannot be understood without its fishing activity. Thanks to archaeologists, we now know that even in Phoenician and Carthaginian times there was organized fishing. The industry escalated under the Romans, who set up factories to preserve fish and garum – the ketchup of the day, made from fish flesh and innards – products which were then exported.

In the Middle Ages, we have evidence of specific regulations on the sale of fish in the city, implemented by the island’s governing body: the Universitat (City Hall). The food market was located inside the walls and was partitioned by trade: bakers, butchers and, of course, fishermen, who were required to sell their catch personally – or, in their stead, someone from the family, generally the wife. This measure was meant to prevent fish from becoming too expensive by eliminating the middleman, an interesting feature of Ibicenco society. The city’s fishermen, moreover, were not allowed to proffer their catches in rural areas of the island until demand in the city had been satisfied.

Another intrinsic characteristic of the fresh fish trade in Ibiza is that there are no instances in all of its history in which fish was put up for auction, a practice still maintained today. Ibiza has no fish market, only guilds where catches are weighed and recorded. The fishermen set a fair price to avoid fluctuation, which, in turn, results in more responsibly plied fishing grounds. Quantities are extracted from the sea in strict accordance with internal demand and preference is given to in-season varieties. 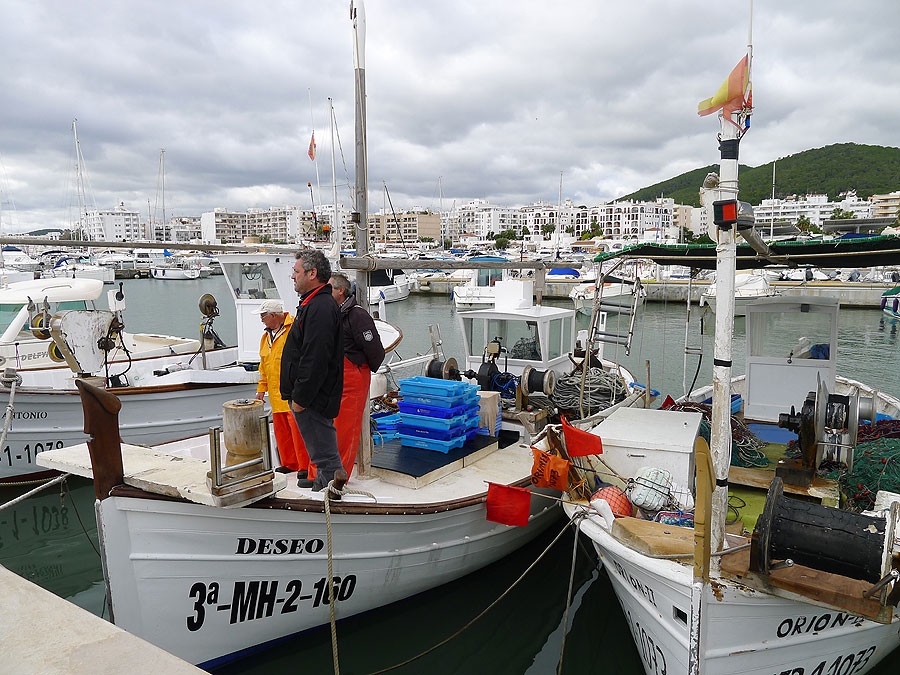 Fishing, in any case, has always been a craft. There was no association for maritime professionals until 1922, when the Pósito de Pescadores was constituted. Its first headquarters were located in a building that still stands at the end of the port, next to the breakwater and the Plaça de Sa Torre, which sections off the Sa Penya barrio.

Currently, two guilds are in operation: Ibiza and Sant Antoni, with a total membership of 80 fishermen, a fleet of six trawlers and 55 non-industrial craft (llaüts). These last mentioned employ trammel nets as their preferred method, although, depending on the season, will alternate among longline, bolitx or artet and inshore fishing.

According to the fishing art used, the species habitually caught are the following: