21 Jan The Churches of Ibiza: Metaphor of a People

One often wonders how an island as small as Ibiza can have a cuisine as broad, varied and elaborate – even intricate – as it does. Some dishes, like salsa de Nadal (Christmas sauce), bullit de peix (stewed fish) or sofrit pagès (mélange of meats) require a labor-intensive preparation quite beyond what daily life would have allowed for. To understand this gastronomic complexity, one must ponder the Ibiza’s peculiar historical evolution, and, in the process, come to understand several other facets of its unique cultural expression.

For example, just as noteworthy as its cuisine, is the island’s architecture. Those farmhouses built into the steep hillsides, where every room has a different height, and rough stone stands against gleaming white lime…these structures speak of an exceptional aesthetic sense that was able to overcome the limitations of past eras in regard to construction techniques and homogeneity of materials. Without a doubt, the greatest beacon of this intrinsic visual harmony is the rural church, magnificent in its beauty and simplicity. 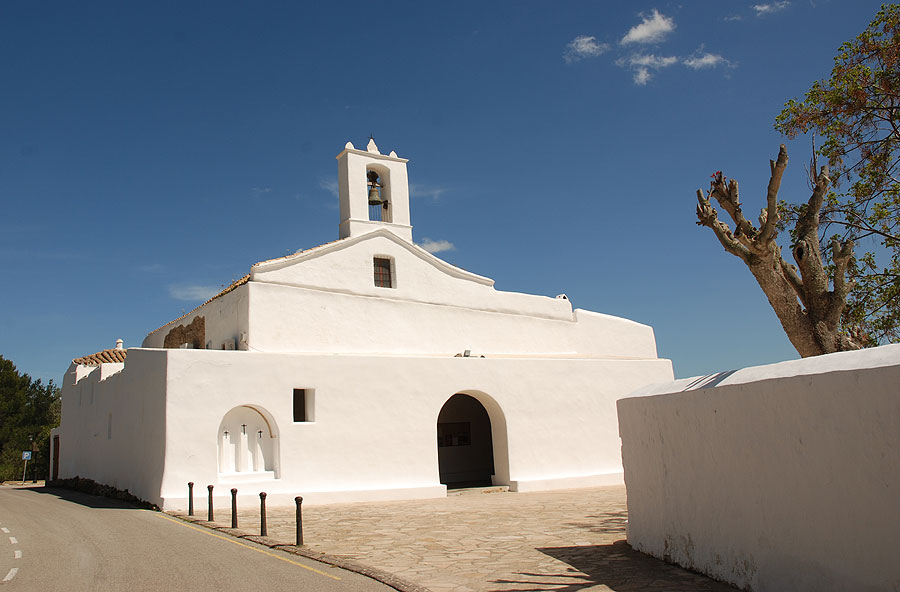 The churches of the Ibicenco countryside, always whitewashed like the farmhouses, were first built in the early 14th century. The first ones to be raised were those of Santa Eulària and Sant Antoni and they had a dual mission: to minister to the spiritual needs of the people as well as to shelter them against the continual pirate attacks that reached Ibiza, largely from North Africa. As such, they were fortress-churches. Today we may still observe their towers and ramparts, their thick walls. The churches of Sant Miquel and Sant Jordi were also built in the same period; the latter even displays a crenellated parapet. The next house of worship to be built was that of Jesús, raised in the 15th century to accommodate an order of Franciscan monks.

It not until the 18th century, however, that a sudden proliferation of churches spread through the Pitiusan countryside. The first to receive the blessing of the Archbishop of Tarragona (under whose Episcopal See Ibiza fell) was Sant Josep (1726), followed by Sant Joan, Sant Agustí, Sant Carles, Sant Francesc, Santa Gertrudis, Sant Llorenç, Sant Mateu, Santa Agnès, Sant Rafel and Sa Revista. The last churches to be built in a purely rural style were those of Sant Vicent (19th century) and Es Cubells (20th century).

Despite the fact that all of these churches present the same architectural style, no two are alike. They share certain features, such as asymmetry, thick whitewashed coatings, rounded volumes, solidness, staunch walls built on a slant and, or course, that distinctive Ibicenco touch; but they also have their differences. In some, the belfry is to one side, in others it’s central, some have a dual-level roof – others don’t – some have a front porch, others a side porch…the list goes on. More often than not they were built by popular conscription, using the manpower and purchase power of the congregation itself. They are nothing if not a monument to the Ibicenco character. Rather than conform to the law of minimum effort, the islanders built structures of incredibly good taste, achieving the best aesthetic results within the meager means at their disposal. 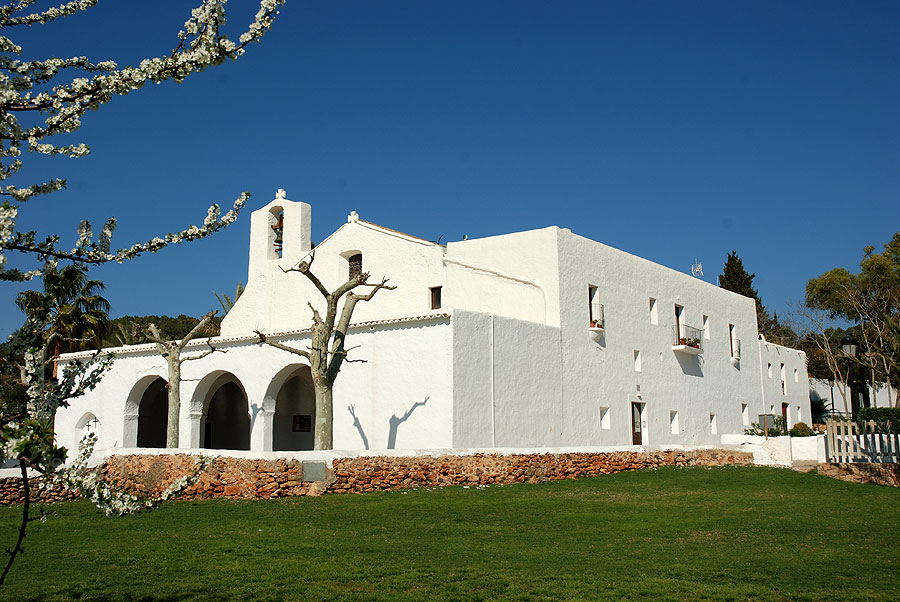