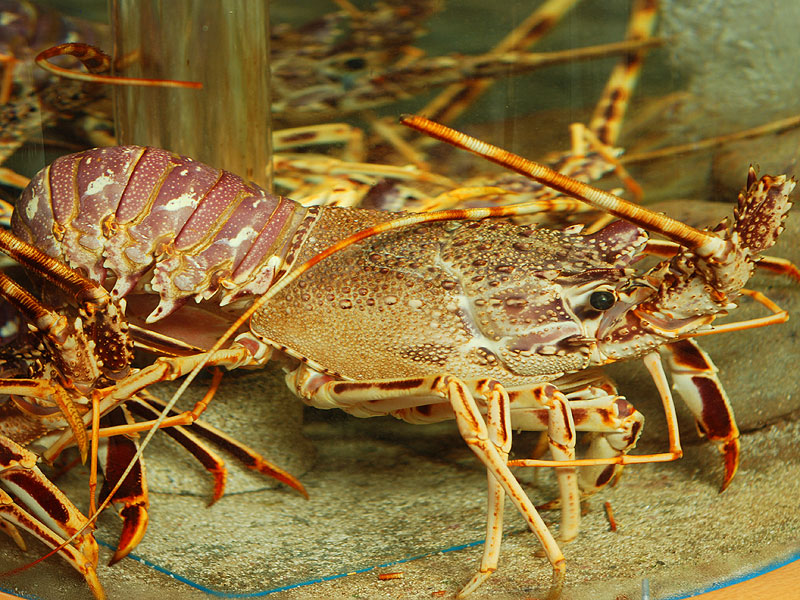 In Ibizan cuisine there is no other crustacean more highly valued than the red lobster (Palinurus Elephas) ​​that breeds along our coast. At Es Torrent we prepare it in different ways as its succulent flesh and concentrated flavour admit multiple elaborations: in stew, flambéed, grilled, sautéed with garlic and chili. Some customers even ask us to accompany it with fried eggs, prepared in the same frying oil. It is, undoubtedly, the queen of the island’s seafood and the most coveted at the marketplace.

At Es Torrent we keep them in our lobster tank, where they are maintained in perfect condition as their fishing season usually goes from May to late August. Last summer 3,500 kilos were caught on the island, which explains why the price is so high. Both the food they thrive on and the habitat they live in give them unique characteristics and an unusual flavour and texture, earning them their own label in the brand ‘Sabors d’Eivissa’. This label acts a guarantee which differentiates them from those caught in other parts of the Mediterranean or the world.

The Pitiusan Lobster has a large size -it reaches up to 60 centimeters long and stands out for its thick, bristly shell, with spiky thorns. Its body is formed by three zones: a wide and robust cephalothorax, a muscular and ample abdomen and a strong water wings. The abdomen and appendages or “treadmill legs” are the edible parts.

Pitiusan lobsters live in areas of algae, where they feed on organic remains, but also catch worms, mollusks and small crustaceans. It is in summer when they approach the coast to reproduce. Their roe are the color of coral. The females carry them under the abdomen, in numbers that can reach up to half a million, and incubate them during a period that oscillates between 18 and 70 days. However, only 1 or 2 of these eggs become adults. Reproductive maturity is reached by females when they are 10 to 12 centimeters in length and about 3 years old. Males mature a little later. In both sexes, maximum size is reached at about the age of 20.

In Ibiza there are about twenty boats dedicated exclusively to catching these lobsters in open season. They are caught with traps called ‘nasa’ (fishing creel), made with strips of wood or wicker, with pieces of fish placed inside as bait. Eating Ibizan red lobster is an experience you must enjoy at least once in your life. Bon appetit! 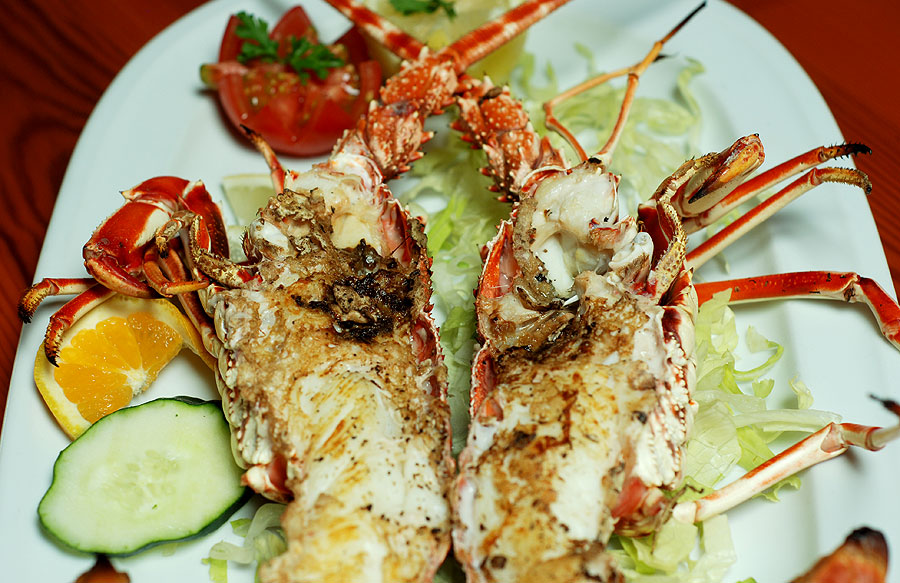