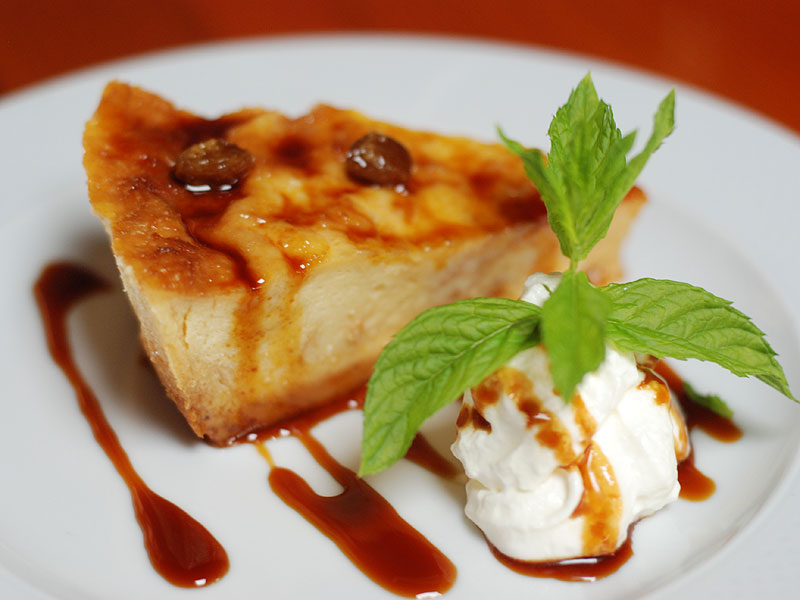 14 Oct ‘Greixonera’ and Other Sweets of Ibiza

Posted at 19:05h in Gastronomía by Xescu 0 Comments
2 Likes
Share

The formula of the Ibizan cuisine responds to multiple variables: the huge amount of foods and produce that the island generates, the cultural legacy of the different civilizations that have inhabit it, the food conservation needs back when there were no appliances, and a population with multiple festive rituals where gastronomy has always occupied a prominent place. Like the savory recipes of fishermen and farmers, Pitiusan sweets are also a tribute to the unprecedented. They exemplify the Arab legacy of Yabisah and its merger with the Catalan culture.

This reality compels us at Es Torrent to be especially careful with desserts. We like to offer contrast dishes; a bite that in a beach setting like ours, give a refreshing feeling and round off the whole meal experience. Some of our desserts have become classics and our customers ask for them season after season. Among them: peppered strawberries, pineapple au gratin, lemon cake, banana custard with pine nuts and, of course, the greixonera, our version of one of the most traditional recipes of the island.

This cake, with a texture similar to pudding, is made with ‘ensaimada’, eggs, milk and various spices such as cinnamon, lemon zest… It is very common in cottages and its flavour is so intense that it is demanded each time more and more in restaurants. 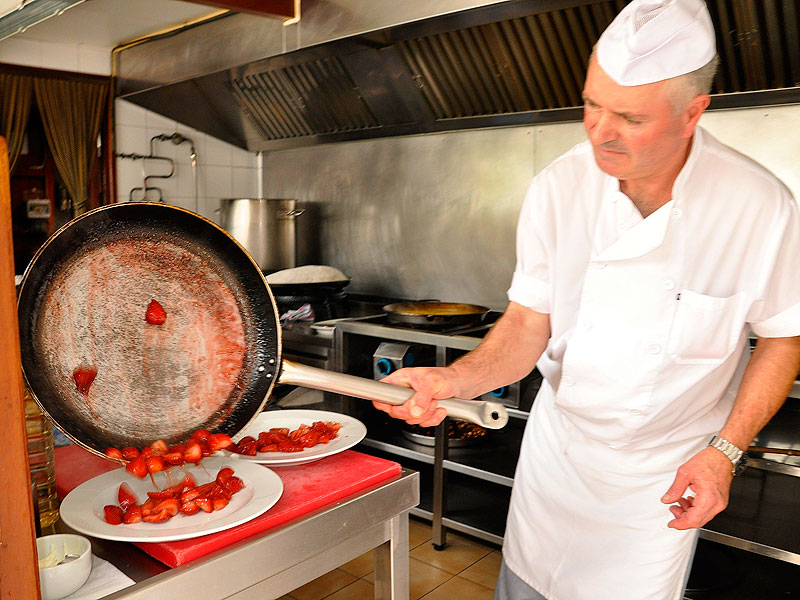 In Ibiza, in addition to the Christmas sweets that we have already wrote about in a previous post, there is a multitude of recipes for the “sweet tooth”. Another festive and very traditional recipe is ‘flaó’. It’s the particular cheesecake of the island, which is made with fresh cheese -best if it’s from goat or sheep-  spearmint, and other ingredients. It is a dish that speaks for itself and can be found in all patisseries and bakeries, though every place has its own distinct recipe.

Also, in festivities, families make two very characteristic sweets: ‘buñuelos’ (fritters) and ‘orelletes’. The buñuelos are served sugary and made with eggs, flour and potatoes, although potatoes can be replaced with pumpkin or apple. Orelletes, are sugary egg and flour cakes. Both have anise and other ingredients, and you have to go to the village festivities to try them, although some traditional grocery shops also have them.

These four desserts are the most popular, but there are many more. In Ibiza are also typical the ‘ensaimadas’ (light, spiral-shaped pastries), biscuits with apricots and other fruits, quince, custard, goat milk junket, macaroni of Sant Joan (similar to rice pudding but with pasta instead of the rice), almond muffins and ‘panellets’, to name a few. If enjoyed with a glass of ‘licor de hierbas’, even better.