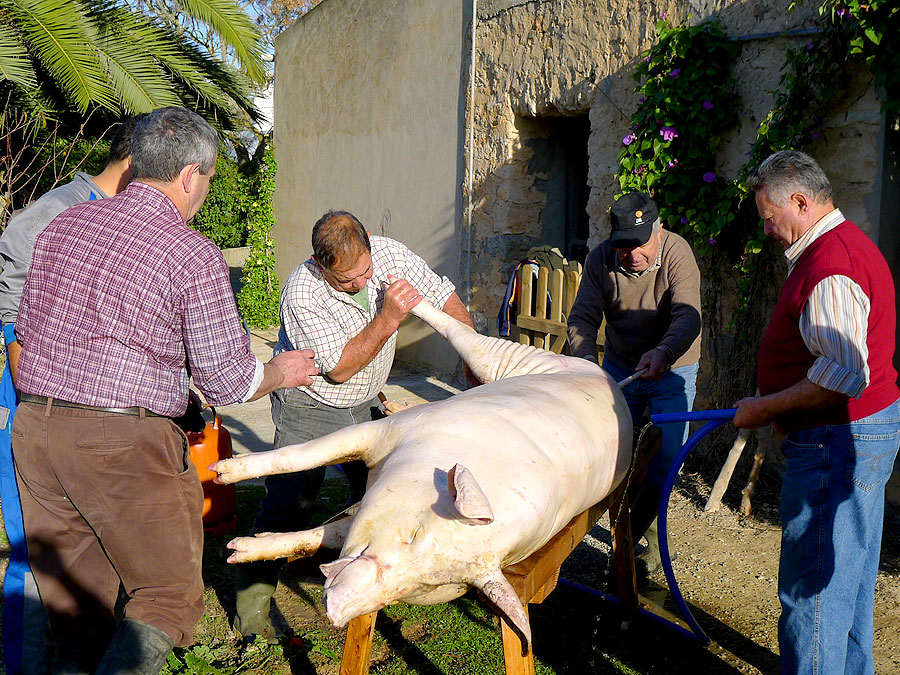 From late November to mid-December, many Ibicenco families celebrate in their country houses one of the most anticipated culinary events of the year: the day of matanzas (the slaughtering of farm raised pig). On the island there is a long tradition of pig breeding and this is the season when the animals are sacrificed in order to lay in food and make traditional homemade cold meats and sausages, such as sobrasadas. The resulting meats from this celebration will fill up the household’s pantry for the entire year. It is one of the most important moments of the winter, equal in importance to Christmas and the local patron saint’s day.

The day of the matanza is a day of very hard work, but it is also enjoyed immensely, as the whole family gets together to enjoy a gastronomic feast which takes place in several stages. Early on, the men start the butchering process, as well as the elaboration of traditional sausages: sobrasada and butifarra.

In every family there is an expert slaughterer but if not, they bring in someone from the neighborhood. He is the one who sets the guidelines throughout the whole process, but the owner also makes decisions such as what parts of the animal will be used for making the sobrasada and butifarra and what meat will remain intact. The remaining fat and bones are salted and later used for flavoring stews and broths. 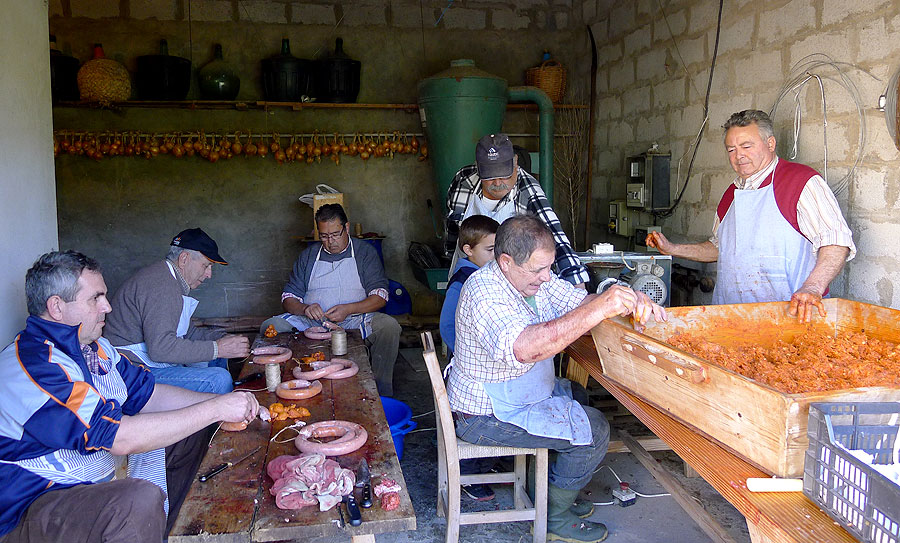 To prepare the sobrasada and other typical sausages and cold meats, the lean pork is minced with some pork fat and then mixed with various spices such as pepper, paprika, cloves, nutmeg and even cayenne pepper for spicy varieties. The sobrasadas are left to hang raw in a drying place in the pantry, while the butifarras, which also include the animal’s blood, are boiled in a cauldron. These typical Ibicenco sausages are held together by the animal’s intestines, which have been washed thoroughly with boiling water, orange and lemon.

While the butchering is going on, others prepare food. Around mid-morning, a hearty breakfast is served. This includes pickled fish, the previous year’s cold meats, fried squid, sobrasada and butifarra, fried bacon, cheese, freshly baked ‘pan payés’ (country bread) and, of course, sweet fritters and fruit in abundance. The menu varies in each household.

The main meal, is celebrated after the cutting has finished and all the utensils for the butchering have been collected. However, if the food is still not ready, some people take the opportunity to go for a walk in the woods and collect saffron milk caps (a type of wild mushroom). The dinner, nonetheless, is usually the same in every household: ‘Arroz de matanzas’, a thick soupy rice, made with fresh pork and free range chicken, saffron milk caps and, in some homes, even with fried squid and fish stock. A spectacular surf and turf winter dish. 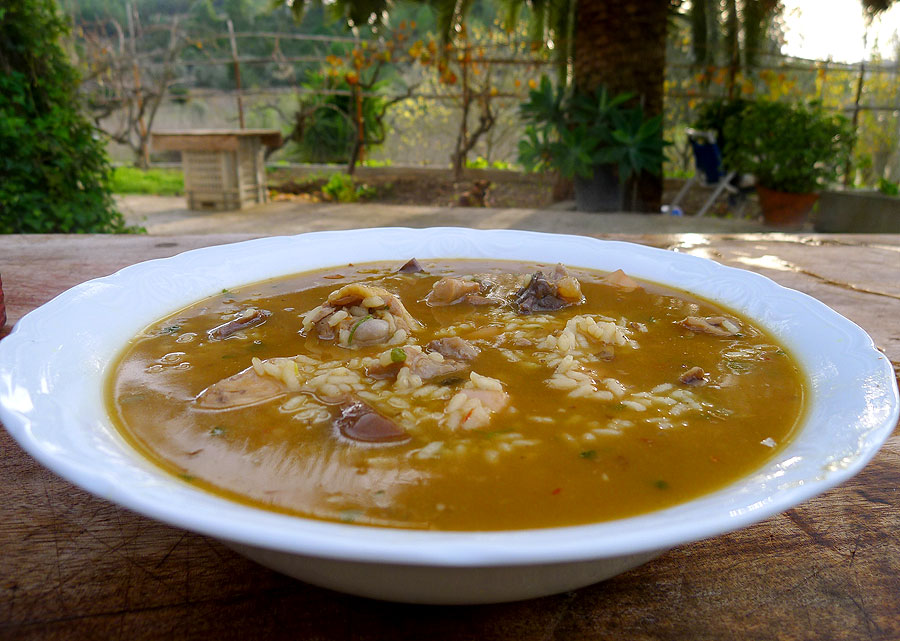 The second course is the ‘frita de matanzas’ (literally, fried slaughter): ribs, offal, pork loin and other parts of the pig, all fried in tallow with peppers. Some people accompany it with a finely chopped cabbage salad, to lighten the meal. The feast concludes with delicious sugary sweet fritters. To remember such a special day you just have to cut open a sobrasada.