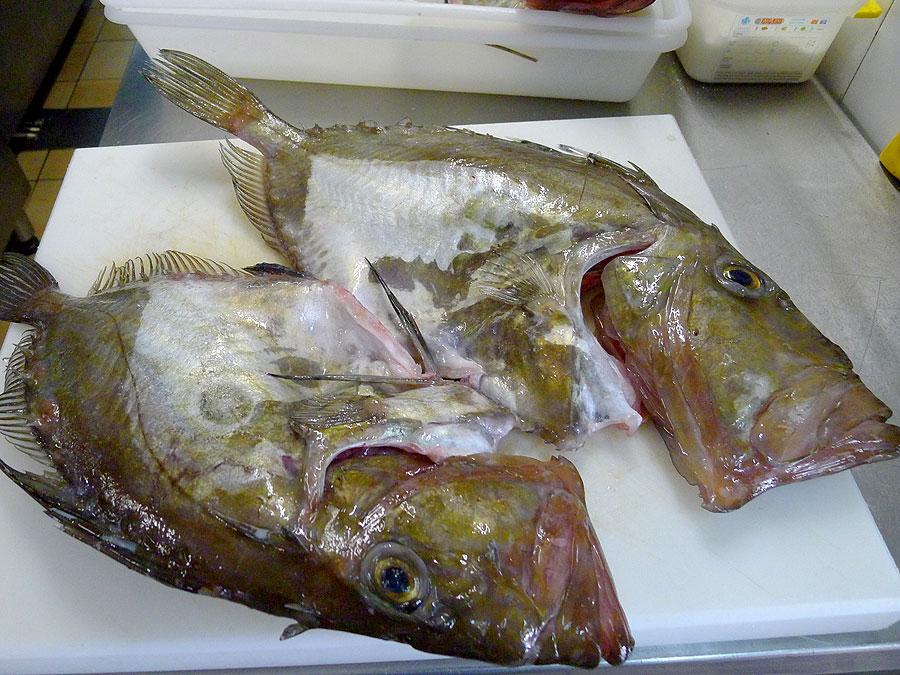 Of the vast variety of fish that the coast of Ibiza provides, there is a selection of species of larger size to which the finest qualities are attributed to and which also have a higher degree of adaptability to many fish stews and traditional rice dishes in the Pitiusan Islands.

Within the best large fish species, which are also the most valued at the fish markets and fishmongers, you’ll always find grouper, common dentex, scorpionfish and, of course, John Dory (in Spanish, Gallo de San Pedro). This last one, for many, is the tastiest, although the debate on this issue will always exist.

The John Dory can be grilled, fried or prepared in many other ways, but at Es Torrent we especially like to bake it in the oven and then slightly grill it, or mix it with other varieties of fish in traditional fish stews such as ‘bullit de peix’ or ‘guisat’ the quintessential seafood recipes of Ibiza. It stands out not only for its flat appearance, but for its intense flavor, meaty texture and gelatinous skin. Attributes for which in other latitudes it is often compared with the wild turbot. 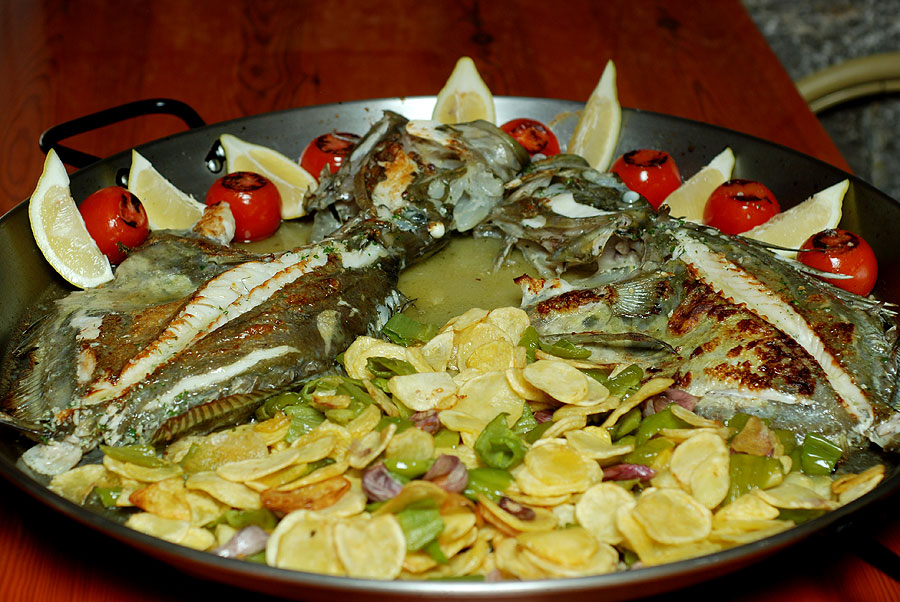 Like all marine species of regular consumption, the John Dory has many different names; nearly one in each port. Among them, Peter’s fish and St. Pierre, and in Spain is mostly known as ‘Gallo de San Pedro’, but also ‘gallopedro’ and ‘Sanmartiño’. In any case, there is no other fish with so many mythological references like this one. Its Latin name is ‘Zeus Faber’, like the Greek god. However, the name used in Ibiza, ‘gallo’ (literally, rooster), due to the spines of its dorsal fin, resembling a crest. The epithet, however, is shared in many other places and follows a passage from the Gospel. One which tells of St. Peter, who, when forced to pay taxes to Caesar, caught a fish, grabbed it with his hands, squeezed it and pulled out a silver coin from its mouth with which he paid the tribute. The legend adds that that fish was a John Dory and that the dark round spot that adorns its flank is actually the mark where the apostle pressed the fish.

The John Dory is a semi-oily species, which inhabits both rocky and sandy bottoms as well as Posidonia seagrass meadows. Another interesting note is that despite being flat it has eyes on both sides, a feature that makes it almost a unique species and which distinguishes it from the sole and turbot. It is found at depths ranging from 10 to 100 meters deep and it feeds on small fish and crustaceans, which often do not see it coming from the front, as it is so narrow it can approach without being noticed.

It is inconceivable that any cuisine aficionado should leave the island without having tasting its exquisite flavour.