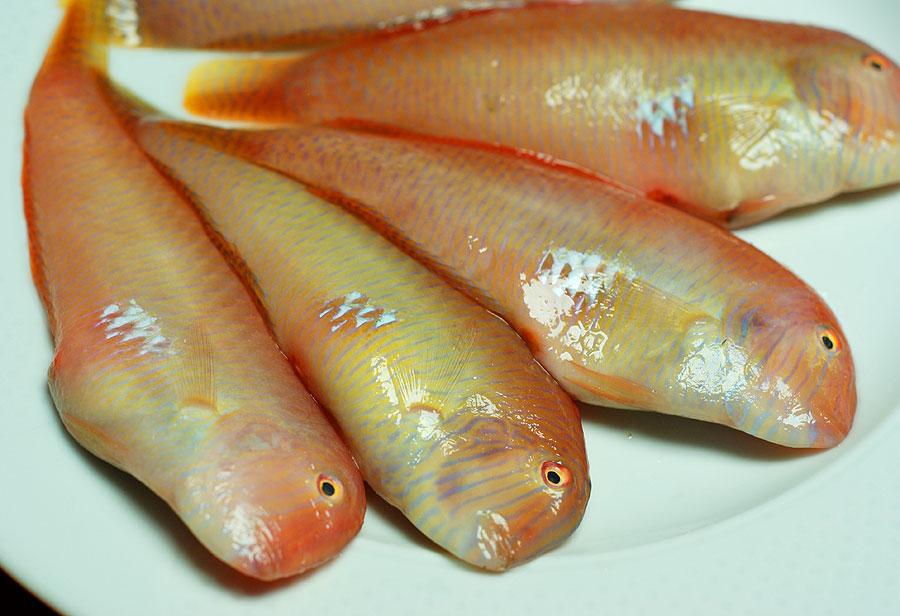 26 Aug The ‘Raor’, the most coveted fish in the Mediterranean

September is the best time to enjoy the most sought after and one of the most exquisite varieties of fish that can be caught in the waters of Ibiza and Formentera, the ‘raor’, Xyrichthys novacula (in English, razorfish), also known in other coastal areas by a variety of local names, such as ‘galán’, ‘lorito’, ‘papagayo’, ‘pámpano’, ‘peine’ and ‘pejepeine’, many of which, including its scientific name, allude to its knife-like or razor-blade look. Raor actually means razor in the Ibicenco language.

The raor is notable for its flat appearance, its salmon color, sometimes deep red, and its gelatinous skin, the main contributor to its delicate taste. Thanks to this characteristic, at Es Torrent, as in most parts of the Pitiusan islands (Ibiza and Formentera), we cook it as is, without removing the scales or flouring it, in abundant and very hot olive oil. All we add is a pinch of salt. We can say, without exaggeration, that it melts in the mouth, leaving an intense sea aftertaste. In other places it is deep fried in batter or grilled.

In the Balearic Islands, the raor has been subject to a limited season since the year 2000.  With a strict maximum quota for each fisherman, it may only be fished from early September to late March and the whole season catch is rarely more than 500 kilograms. It is caught aboard llaüts (traditional Ibicenco fishing boats) and small boats at shallow depths that range between 1 and 50 meters simply using a hook and a piece of shrimp as bait, although some also use mackerel, squid and other species. 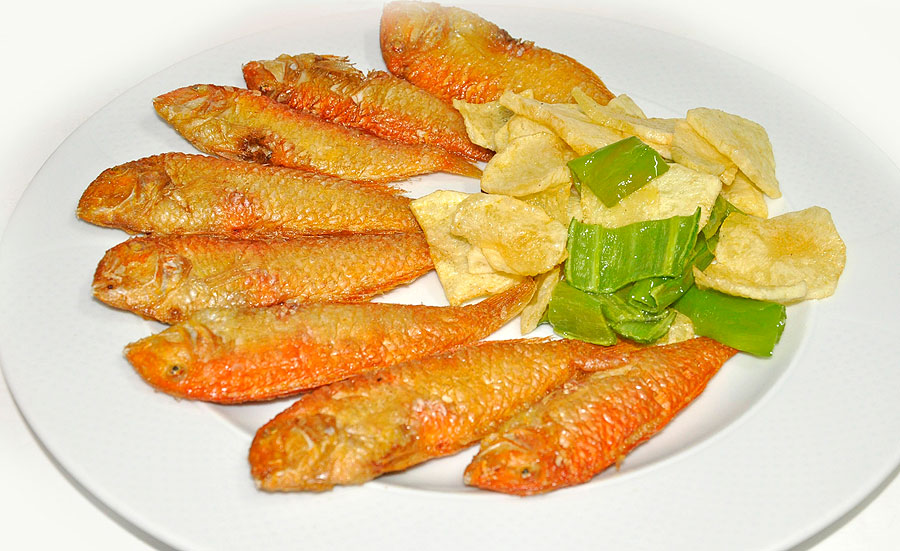 To catch one kilo, even if they bite often, can take hours, as 20 to 40 ‘raor’ are needed to achieve that weight. Its scarcity and the long ban on its capture drive the market price up to 80 or 100 euros in the in the first days after the season opens. Its length is between 12 and 16 centimeters, it weighs between 25 and 55 grams and has a lifespan of between 7 and 8 years. Its preferred habitat is the sandy seabed, next to the Posidonia seagrass meadows where they seek camouflage from the attack of predators, although often they also defend themselves with their sharp teeth.

One curious fact about the raor is that it is an hermaphroditic species, from the order of the Perciformes. It is born as a female and when it reaches the adult size it becomes male. At that moment, its characteristic salmon color turns into a bluish-green tone. It feeds on invertebrates, small fish, molluscs and crustaceans. Their breeding season is in late summer.

To catch them off-season carries heavy penalties, which however does not prevent its consumption throughout the year in Ibiza, as in the nearby markets of Levante and Catalonia, where it is barely consumed, they send it straight to us freshly caught from the sea. There the catches are authorized all year round and there is no habit of consuming it excessively. Until a few years ago it was even considered as discarding fish or “small fry” and was only used to make broth. Unlike other succulent species, this one is as beautiful as it is tasty. So there you have a short history of the raor, a strange and amazing fish, which at Es Torrent we feel absolutely devoted to.