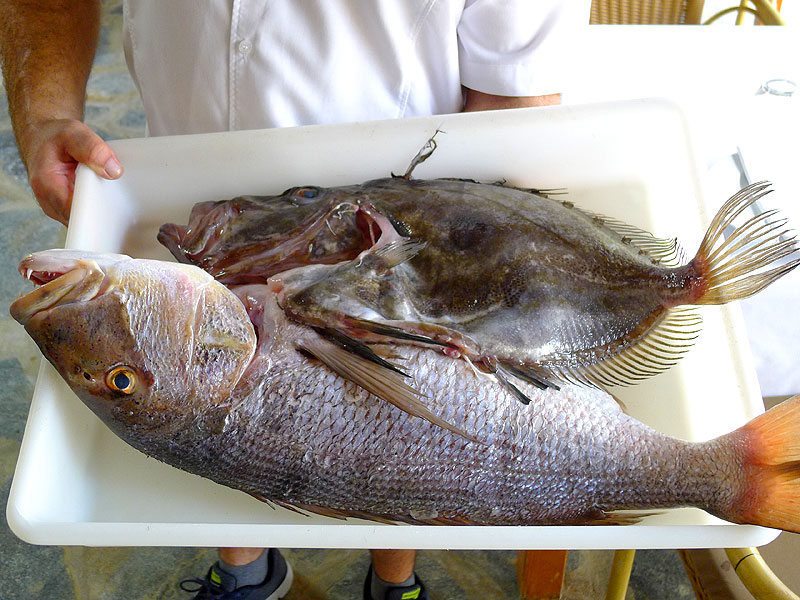 Posted at 11:20h in Gastronomía by Xescu 0 Comments
2 Likes
Share

We have already determined in previous posts that there are three outstanding varieties of large fish native to Ibiza: red scorpionfish, John Dory and grouper. To these we may add a fourth variety, just as delicious – some even prefer it – but less known because it is scarcer and therefore not always featured on restaurant menus: dentex or “déntol” in Ibicenco. The kitchen staff at Es Torrent regards it as one of the most flavorful fish inhabiting local waters. Whenever the fishermen’s guild supplies us with this delicacy, fresh caught, we offer it to our customers, who are usually surprised by its fierce look and the sharp fangs protruding from its mouth.

Dentex is a marine species of the Sparidae family, common to the Mediterranean. It is frequently served on the island at family gatherings and is often available at local markets and fishmongers’. Its scientific classification, Dentex dentex, derives from its 8 large fangs (4 on the top and 4 on the bottom), although it is known by many different names due to its extensive geographic distribution.

Its body is robust and compressed on either side to form a narrow dorsal ridge lined with scales. Its wide jaws are armed with double rows of sharp curved teeth, quite threatening for other fish but not for humans. Its skin is grey, tinged with greenish tones in young specimens turning to red in adults. Some specimens exhibit bright blue spots and a dark transversal band.
The dentex usually lives at depths of less than 50 meters below the water’s surface, hidden in the rocky or sandy seabed. The young are gregarious and live in schools near the shore, but adults are solitary and usually go to lower depths. As voracious predators, they stalk their prey, feeding on smaller fish, crabs and mollusks, with squid being their favorite food. One curiosity is that, in youth, they are hermaphrodites but acquire separate sexes as they grow older. They mate close to shore and the eggs hatch three days after being deposited.

From the gastronomic point of view, the dentex is an oily fish with delicious firm flesh, very low in both carbohydrates and cholesterol. At Es Torrent, we like it oven-baked with a quick searing on the grill beforehand, although it can be enjoyed myriad ways. 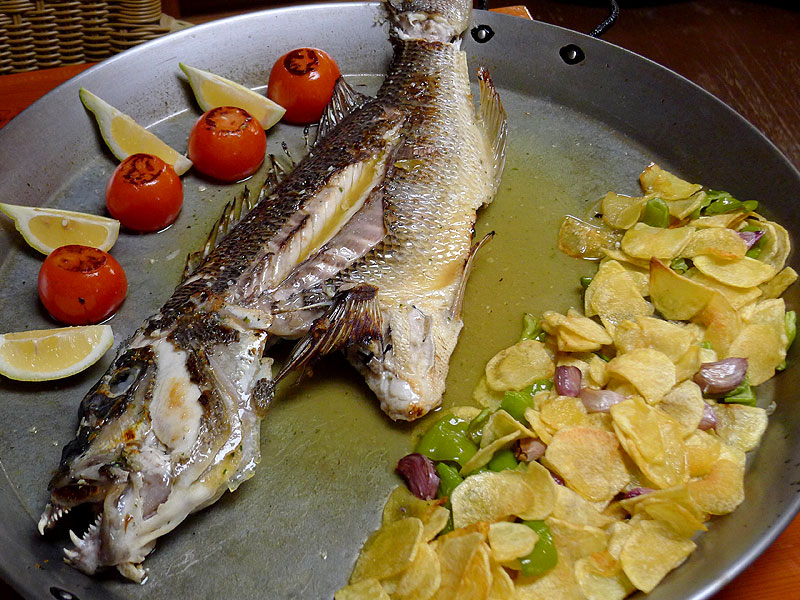