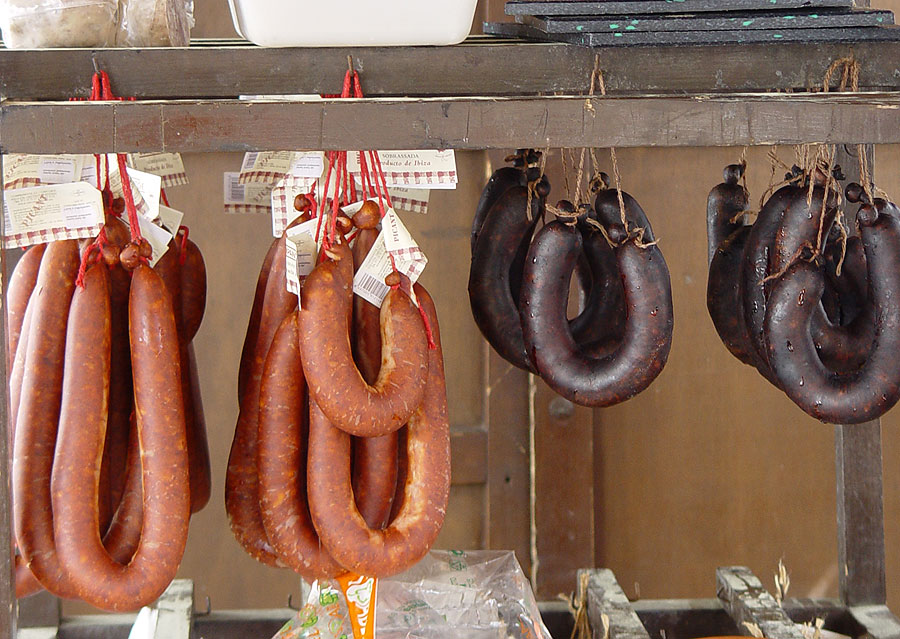 In a previous post  we discussed the pig slaughter, one of Ibiza’s most important gastronomic traditions, as well as the typical dishes that are prepared in conjunction with this festive occasion. Today we will turn our attention to the sausages that come from it: sobrasada (red sausage) and butifarra (black sausage).

In days gone by, Ibiza was an island on which subsistence farming was the only way of life. Pig slaughters were fundamental because they provided a source of protein that could last all year long. Due to the island’s climate and its high levels of humidity, it was impossible to cure hams and tenderloins, as was customary in other Spanish latitudes. Hence, the preservation of pork was undertaken by means of sausages cured with salt and spices.

The pigs sacrificed on the island usually weigh some 200 kilos. Half of this weight is set aside for sausage making: 75% for sobrasada and 25 % for butifarra. Sobrasada is made with lean meat such as loins, shoulders and hams – all cuts that are well drained of blood. The meat is then minced and mixed with fat and spices such as paprika, pepper, clove, nutmeg and even cayenne pepper if extra spiciness is preferred. 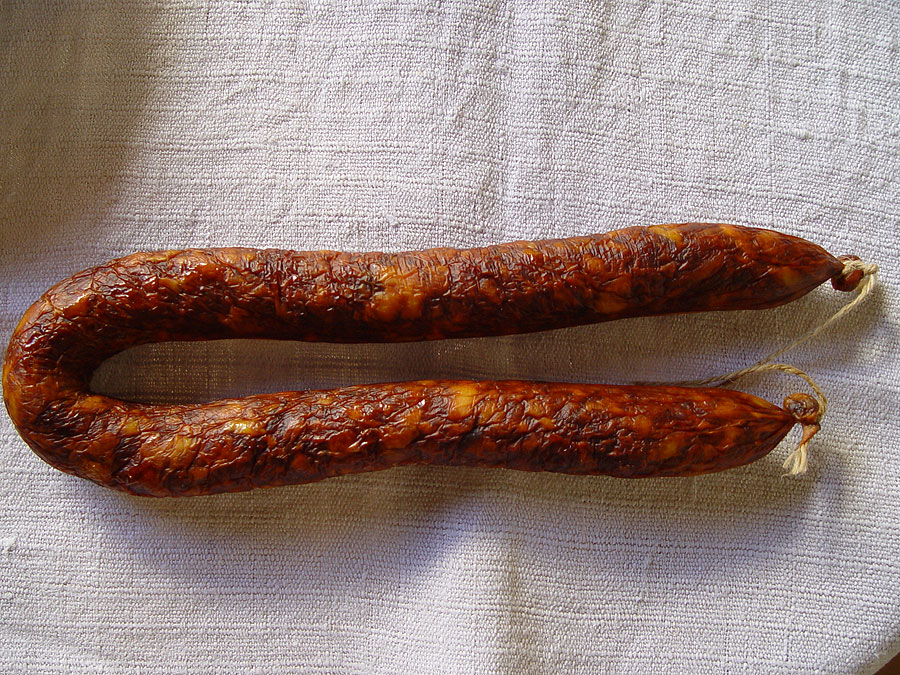 Butifarra, on the other hand, while it also contains spices, is mixed with blood from the slaughtered animal and then boiled, for which reason it can be consumed immediately.

For their casings, both sausages make use of the pig’s intestinal linings, which are carefully cleaned by boiling them several times in water with oranges and lemons. It is advisable to leave the sobrasada to cure some 20 to 30 days before eating it, and then, while it is still relatively new, to enjoy it fried or grilled instead of raw. The thinnest links are eaten first, and the thickest ones are left for the summer or even for the end of the year, before the next slaughter. To keep them in optimum condition, the sausages are hung from canes on indoor drying racks.

Although at first sight they might look the same, the difference between Majorcan and Ibicenco sobrasada is notable. The Ibicenco variety contains much more lean meat than the Majorcan one, which has a more spreadable consistency as it contains a greater percentage of fat.

Both of Ibiza’s sausages can be enjoyed on their own with a bit of country bread, or as an ingredient in different recipes. The most emblematic dishes are sofrit pagès – a stew containing several types of meat cooked with potatoes and pieces of sausage – and squid stuffed with sobrasada, an authentic delicacy. Several island brands produce and sell these sausages in butcher’s shops and supermarkets. Bon appétit! 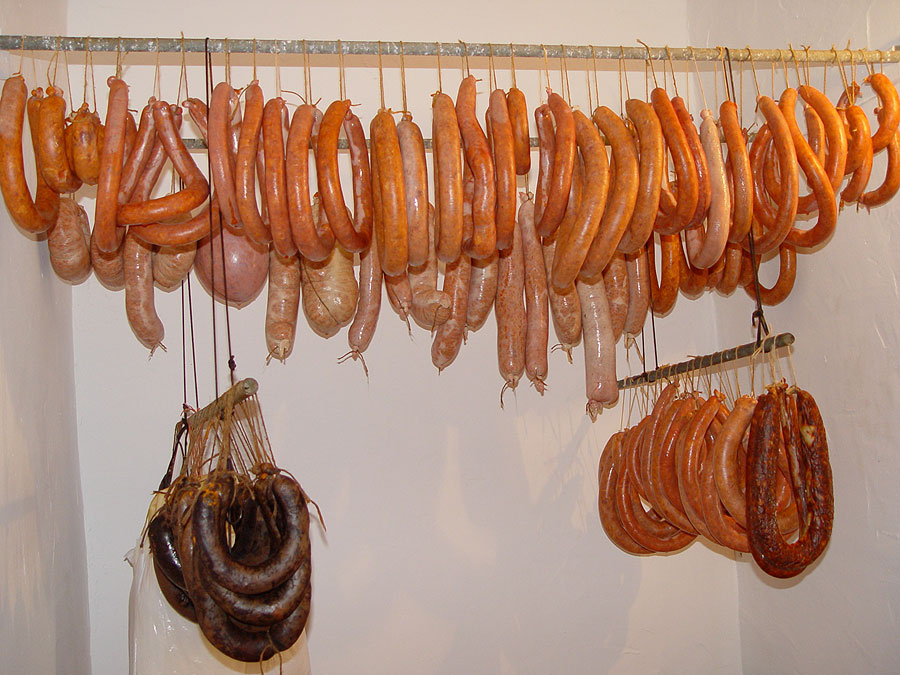