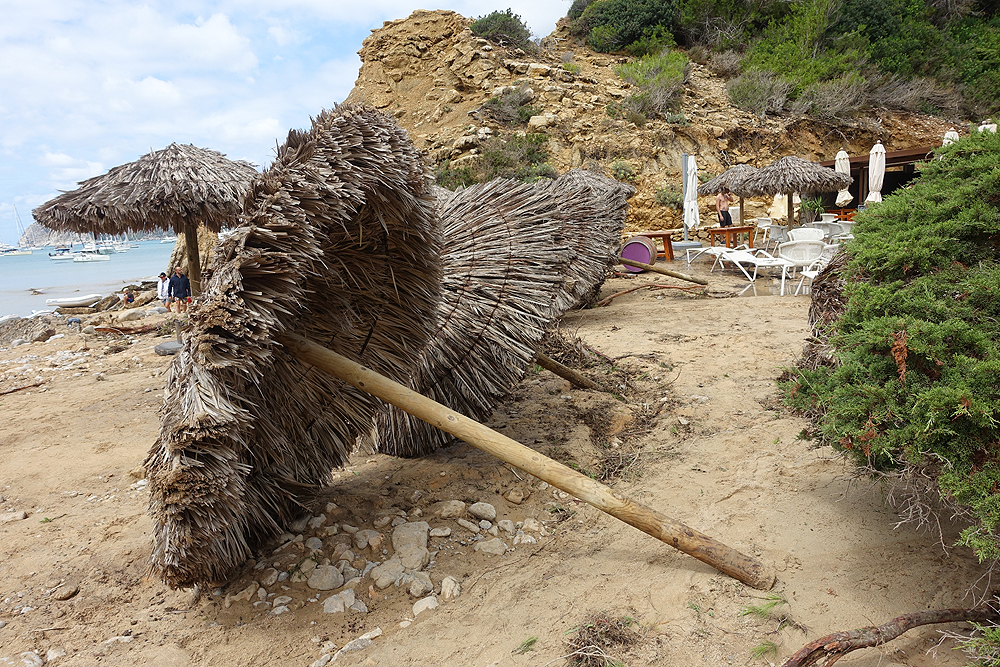 During the 31 years we have been in business, perched on our little stretch of the Sant Josep coast, we thought we’d seen it all: funny moments, hard times, joys, visits from personalities that impressed us… But, we will always remember the summer of 2017, because something happened then that had never happened to us before: It was the season that Es Torrent opened twice.

In the midnight hours spanning the 9th and 10th of August, a torrential downpour pelted the island, inundating tunnels, flooding basements and turning streets into mud fields. It also sent a flash flood rushing down the streambed that cuts across our beach, causing major damage to our premises as well as to the coastline. That Thursday morning, when we showed up to work bright and early, under an apocalyptic sky that was just beginning to clear, we found a restaurant covered in sludge and a beach washed away by elemental force. 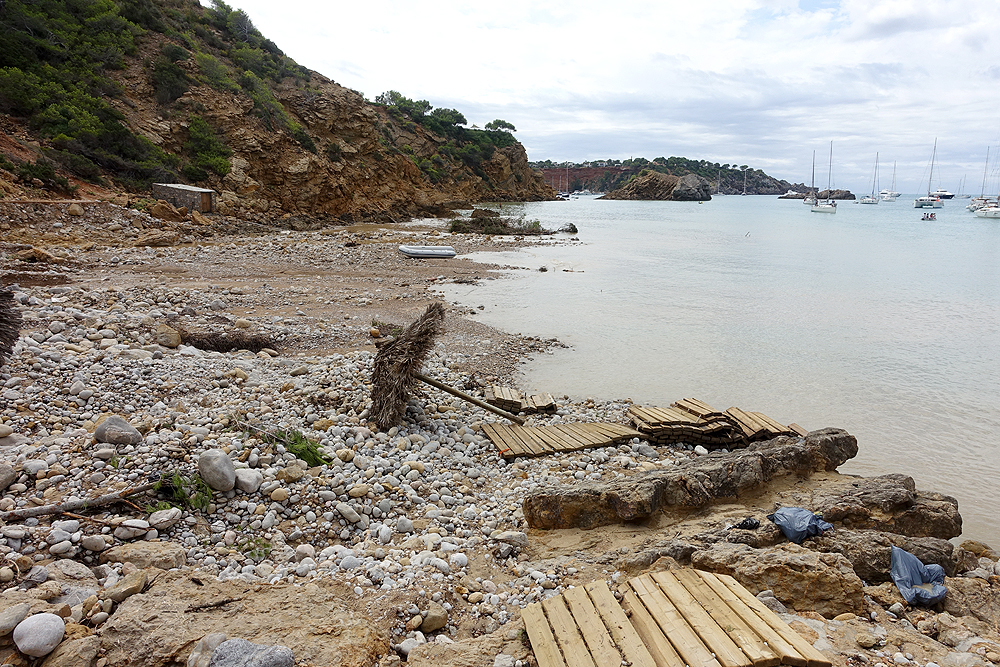 Many of the tables, chairs, sun beds and umbrellas from the terrace and spa had been swept out to sea. One of the restaurant’s vans ended up sinking in the middle of Porroig bay, after floating around next to the yachts that had sought shelter from the storm there. For the first time in our history, we were forced to close our doors at the height of the season, with business at its peak. We had to get the restaurant and the beach back to their original state. Although we alerted our clients as to what had happened via social media and our website, and let everyone with advance bookings know we would not be able to honor their reservations, customers innocently flocked to our shores in search of a good meal and a nice day at the beach. We had to turn them all away. 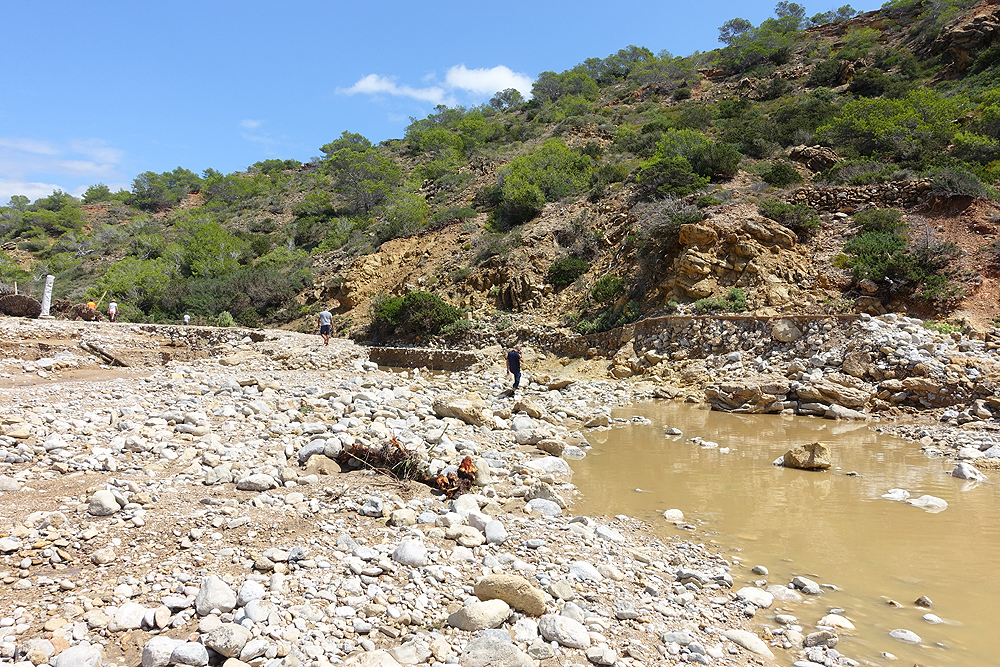 We did not manage to open our doors again until 16th August, after six days of non-stop cleaning, painting, raking, fixing, rebuilding… In short, we got everything in a perfect state of readiness for the second time that season, an experience that taught us an important lesson. Faced with such a desolate panorama, we realized that we were capable of pulling together as a team and that, working shoulder to shoulder, we could flip the situation in record time and receive our customers again. 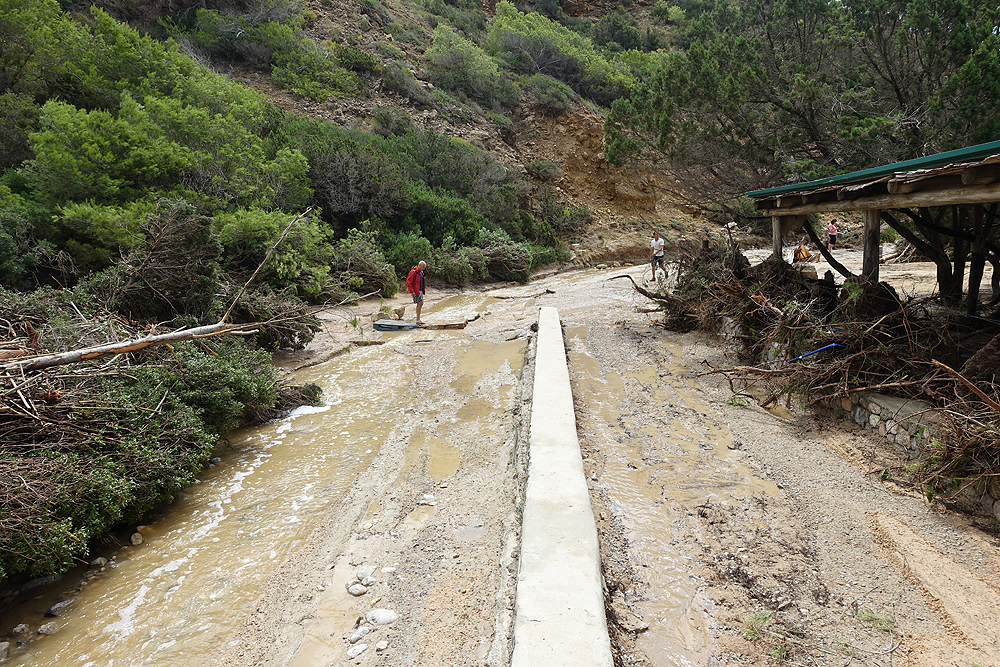 We learned another thing, too: that people appreciate us. To all of our customers, neighbors, family members and friends who came to our aid, encouraged us and took an interest in our situation, we would like to reach out and say that we will never forget your support.

Thanks to everyone and see you next summer!