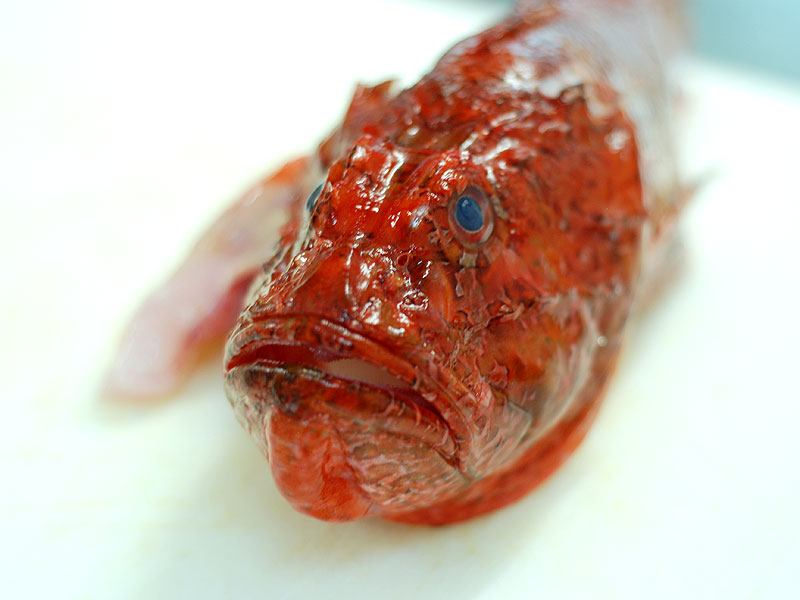 The scorpion fish (Scorpaena scrofa), on the island known as ‘roja’, is one of the tastiest fish in Ibiza. Many fishermen have felt the effects of its poison when trying to release it from the hook once caught. They usually end up with a very swollen hand and one has to be very skillful to release it, putting the thumb and forefinger in its mouth, carefully but without fear. Still, they continue to catch it because it is also among the most valued species in the market. At Es Torrent is one of the essential varieties that are incorporated to dishes like the ‘bullit de peix’, ‘salmorra’ and the grilled fish platter, along with grouper and John Dory. However, many islanders prefer it above the rest.

Although it inhabits many seas of the world, the ‘roja’ often does not have the intense flavor that has in Ibiza, probably because the unique habitat provided by the posidonia sea meadows and the sandy bottoms, where it camouflages to feed itself mainly of small crustaceans and molluscs, without fear of predators, which can’t see them. It can be caught at a depth of between 20 and 200 meters, and draws attention due to its lively flesh-coloured  colour that its skin exhibits, but which can also oscillate between pink and brown. 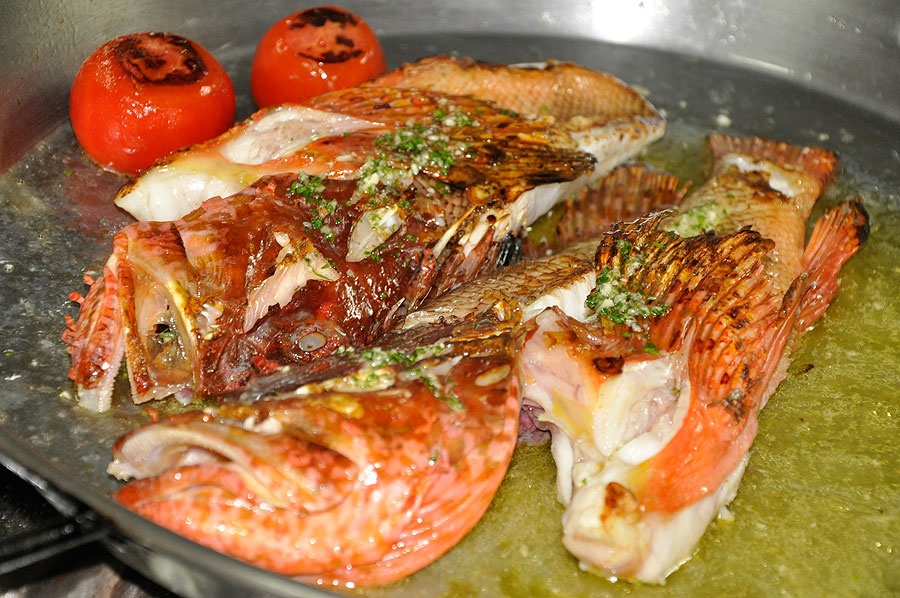 The roja, in other places is also known as sea devil or ‘cabracho’, especially in the Bay of Biscay, although the Asturians call it ‘tiñosu’ and the Basque ‘kabrarroka’. In Andalusia and in the Canary Islands they call it ‘rascacio’, similar to the French, who call it ‘rascasse’, and in Galicia, ‘escarapote’. Unlike in Mallorca, where it is known as ‘cap roig’, or Catalunya, named ‘escórpora’. 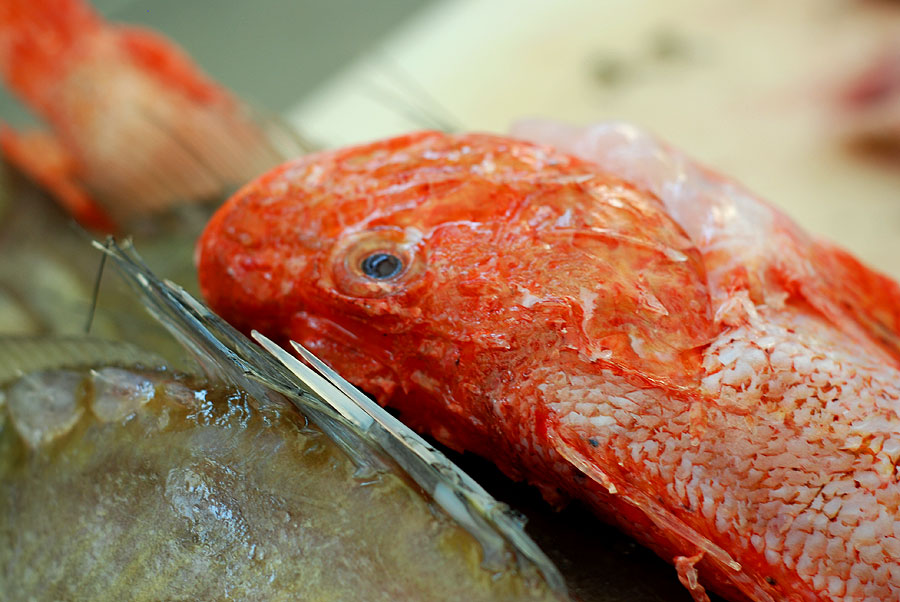 In Spain there is a very famous recipe in its day impelled by the famous Basque chef Juan Mari Arzak, who often visits the island: the scorpionfish cake. However, with it are made all kinds of stews, ‘suquets’… Its meat is semi-oily and firm, and its skin tasty and resistant. That’s why it can be cooked in many ways. Some people include it in paellas and fideuás, but baked, grilled or boiled is exquisite.

For our cooks, it is one of the bites that best define the product power generated by the Ibiza Sea. It is one of the flavours that one must try. Bon Appetite!