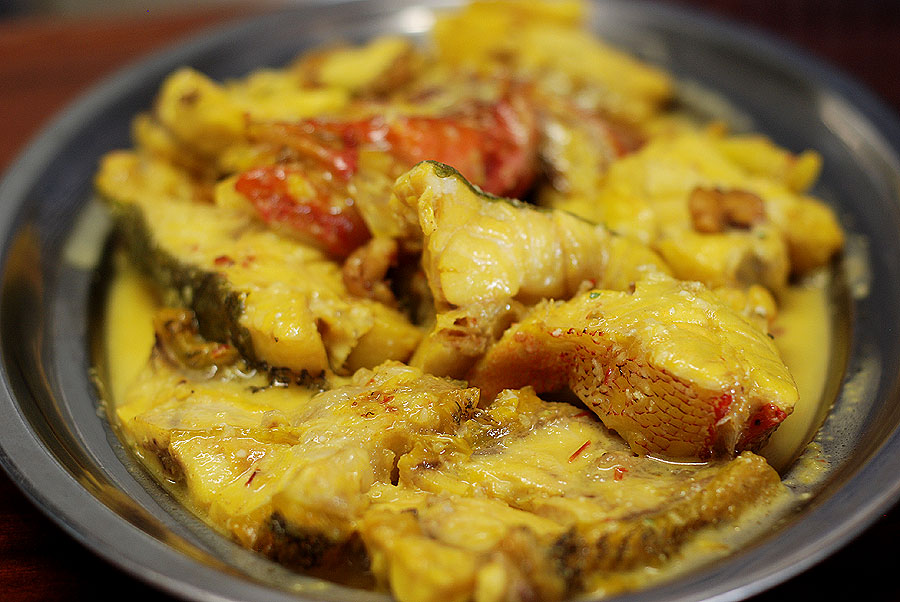 Without a doubt, among the fantastic seafood cuisine you can find in Ibiza, there are two absolutely masterful dishes: ‘bullit de peix’ and ‘guisat de peix’. Two different dishes but with many similarities, and which are part of the key dishes in the menu of Es Torrent. However, depending on the part of the island, they will make it one way or another, and sometimes it will even seem that the dishes are exchanged or intermingled. It can even happen that in different houses of the same neighborhood, and which usually lead the cooks into a lively discussion about what is the correct recipe.

But let’s look at the similarities first. The most important is the product. In both cases we’ll elaborate a stew with at least three varieties of fish, with a sautéed base, and to which water is added. Prime quality is used, such as grouper, scorpionfish, John Dory, sea bream, monkfish… In restaurants we use large pieces of these and with little bone, but in households they’ll use any rockfish variety, such as ‘serrano’ (painted comber), great weaver and even moray. In fact, fishermen, used to prepare these dishes with ‘morralla’ (whitebait): varied kinds of small fish with little value in the fish markets. In our case, as we already showed you in a previous post, we use ‘morralla’ for making an exquisite and fresh fish stock. 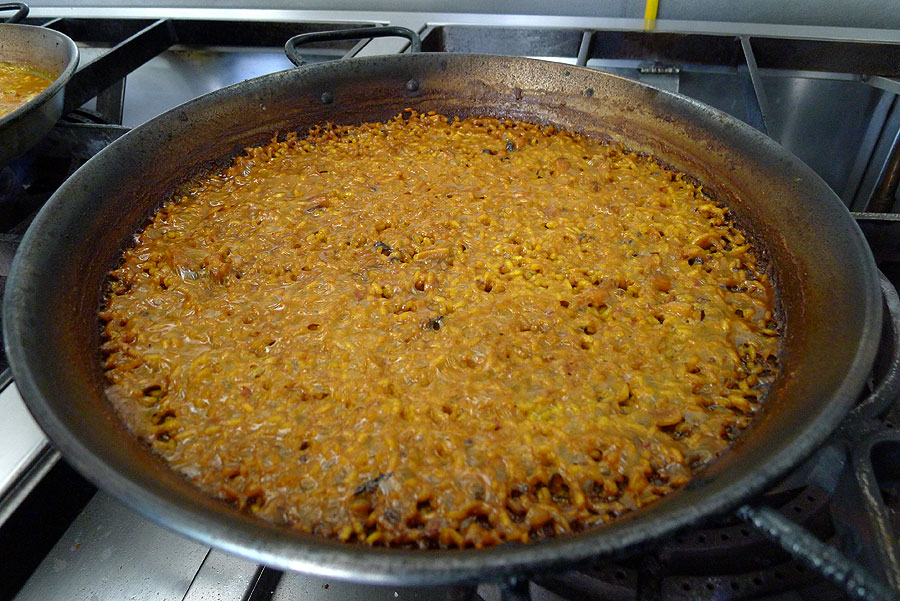 The first dilemma arises when one asks what is the difference between a ‘bullit de peix’ and a ‘guisat’. At Es Torrent we know very well the difference: potatoes and aioli. Our ‘bullit’ only has fish, which is boiled in water with a sofrito (sautéed base) and spices. The broth is set aside to make ‘arroz a banda’ as a second course, with a very thin layer and slightly fried cuttlefish. And like the fishermen do, it is eaten straight from the pan. Both, the ‘bullit’ and the ‘arroz a banda’ are served accompanied with aioli, lightened by mixing it with a little bit of fish broth before serving it on the plate.

On the other hand, the ‘guisat’, consists of a single dish with the same varieties of fish. It is also cooked with a sofrito, but in addition, it has large chunks of chopped potatoes. And in this case it has no aioli. Both are a delicacy and a unique chance for tasting in one dish the best fish varieties of the Pitiusan seas.

However, at Es Torrent we’re only responsible for our recipes. Elsewhere the ‘bullit’ can have potatoes and the ‘arroz a banda’ can even be served in a black variety, with the squid’s ink, or ‘a la marinera’ (seafood broth rice). And there are some who even prepare the ‘Bullit’ with potatoes but without aioli. Or in other words, what we call ‘guisat’. It may look confusing, but in all cases, with prime quality fish, it is certainly a delicacy that no one who visits Ibiza should leave without trying.