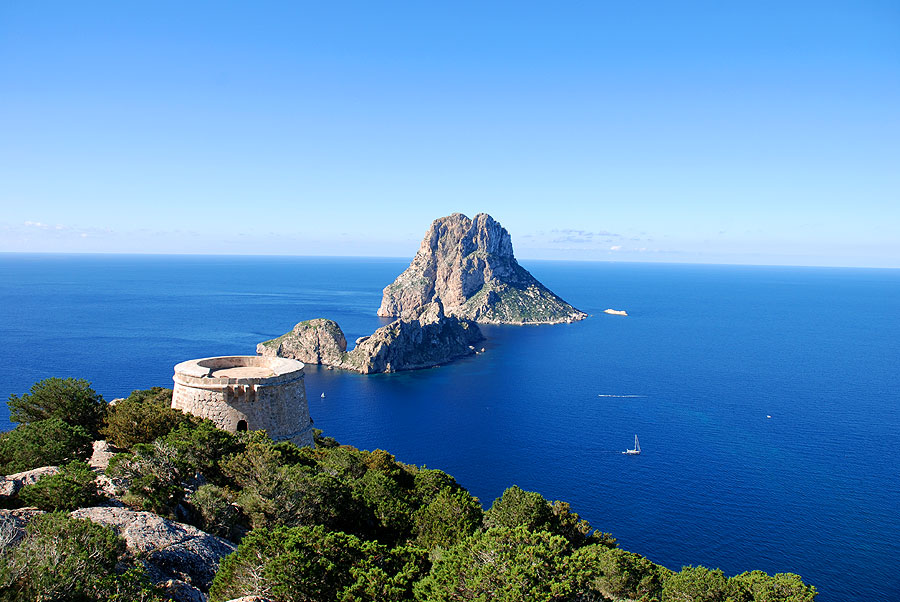 Today, we will put aside food & cuisine and talk about the geography, small villages and the unique nature that surrounds us. Our restaurant is named after the cove in which we are located, Es Torrent, because of the torrent that in the rainy winters leads into the beach and which channels the water that accumulates in the surrounding mountains.

When we opened the restaurant, back in 1984 –at first a simple wooden beach bar, Es Torrent was an unknown and difficult to access place, only visited by a few fishermen. As nearby, there were very well known beaches and coves, such as Es Cavallet, Platja d’en Bossa and Cala d’Hort. We are located in the southern tip of Ibiza. If you look at the map of the island, lower than Es Torrent and the bay of Porroig there are only the salt pans.

Our location is within the municipality of Sant Josep. Ibiza is divided into five municipalities and ours is the largest one. It ranges from the middle of the bay of Sant Antoni to the outskirts of Ibiza Town and Platja d’en Bossa. The airport, for example, is in this territory, it has 80 kilometers of coast, with many beaches, steep cliffs and small islands off the coast and the horizon: Es Vedrà, Es Vedranell, S’Espartar, Sa Conillera, S’Illa des Bosc, Ses Bledes… 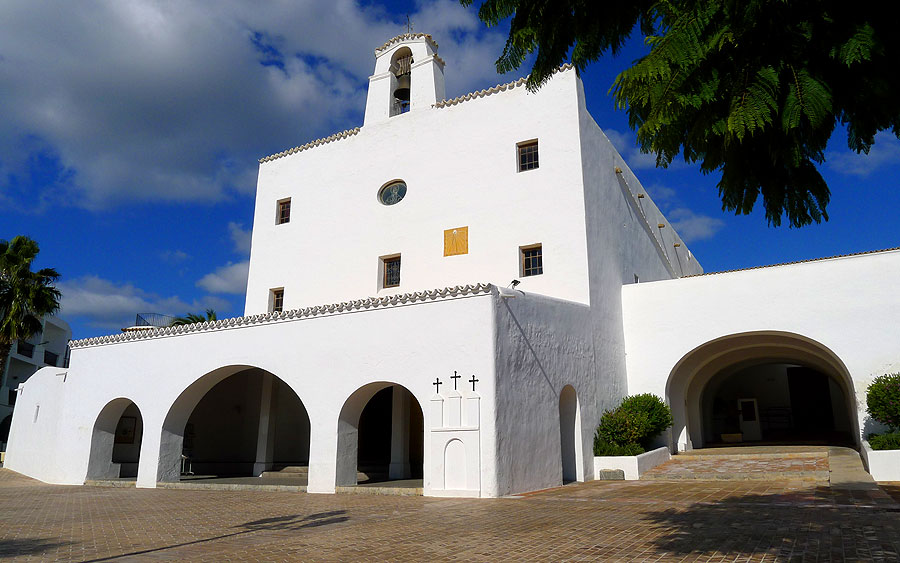 Sant Josep has five villages (or parishes). The most important one gives name to the municipality, Sant Josep de Sa Talaia, and houses the Town Hall and the most prominent church. It has a pristine whitewashed façade, like all the churches in Ibiza, and was built in the mid 18th century. The other villages are Sant Jordi de Ses Salines, Sant Francesc de S’Estany, Sant Agustí des Vedrà and Es Cubells. This last village is the closest one to Es Torrent and is situated on the top of a cliff.

Our municipality has the only Natural Park on the island, Ses Salines, as well as the Natural Reserve of Es Vedrà and the Islets of the West. Also, the Phoenician settlement of Sa Caleta, which is a World Heritage Site since 1999. In addition, it also has many tourist resorts, but also quiet and paradisiacal spots such as our own. It is dominated by the highest mountain of Ibiza, Sa Talaia, with 475 meters of height.

Although the years pass by, we are still surprised that such a limited sized territory contains such a great variety of landscapes. In our coasts, fishermen catch much of the fish and seafood that we serve and farmers grow the vegetables we cook in the fertile valleys of Sant Agustí and Benimussa. We always encourage our customers to explore the roads and paths of the municipality. This way they find new places to add to their sentimental map of Ibiza. It is well worth it. 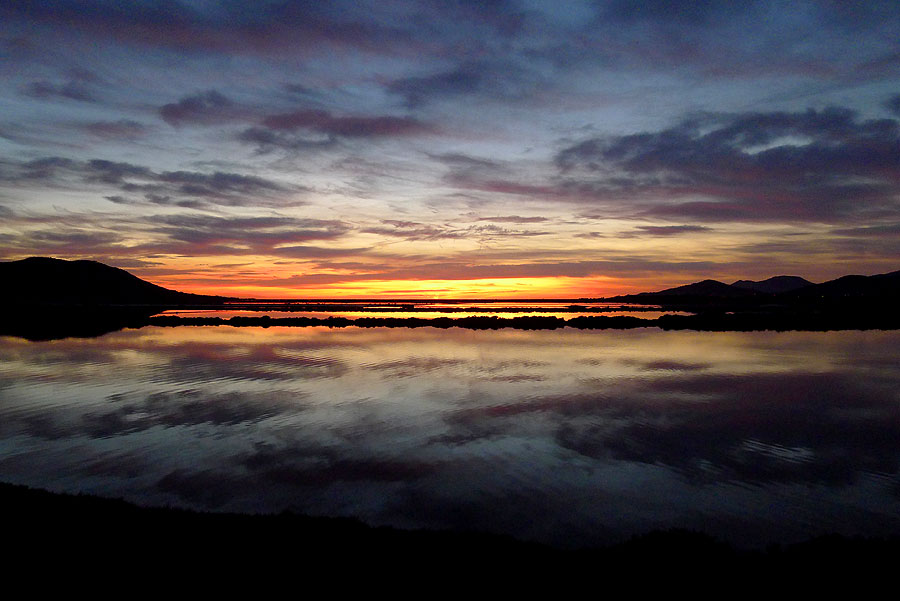